After pins-and-needles wait, acupuncture finally will be regulated in Kansas 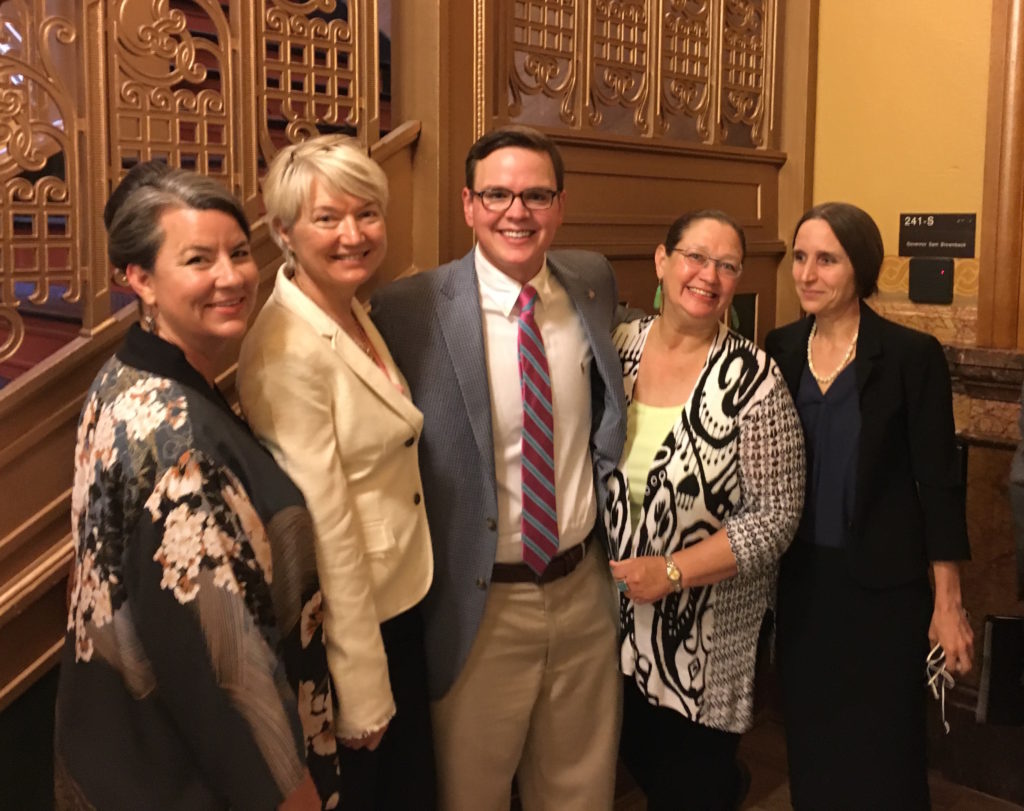 The consequences of getting acupuncture from someone who is untrained could be serious, but soon the risk of encountering that situation in Kansas soon will diminish.

Lawrence acupuncturist Gina Halsey has been working since 2009 to remove Kansas from the list of five remaining states that do not license the profession. It’s been a long process with a lot of red tape, but in the recent legislative session, the Acupuncture Practice Act finally was approved.

“This will be a real protection to the public,” Halsey said, and she listed several reasons for that.

• Proper training. Licensing will ensure that anyone who is practicing has completed medical and theoretical training, and has undergone supervised clinical training under experienced clinicians.

The bill provides a thorough definition of acupuncture: “the use of needles inserted into the human body by piercing of the skin and related modalities for the assessment, evaluation, prevention, treatment, or correction of any abnormal physiology or pain by means of controlling and regulating the flow and balance of energy in the body and stimulating the body to restore itself to its proper functioning and state of health.”

“Safety is an issue if an untrained or undertrained person is performing acupuncture,” she said. “At the least, one might experience an ineffective treatment, but there is risk of organ puncture or other injury if the person is not trained in anatomy and specifically acupuncture in relation to anatomy.”

The act will ensure that applicants for licensing have passed the National Certification Commission for Acupuncture and Oriental Medicine exams. Those who are certified then must complete continuing education or professional development to maintain that status, Halsey said.

• For June 28, 2016:What forms of alternative medicine have you tried?

“I actually had a person tell me she practiced acupuncture casually, and she hadn’t even completed any acupuncture school,” she said. “So it will be illegal for her to do that after this law goes into effect.”

Halsey also said someone who is not properly trained might encounter a condition that would be better served by going to a medical doctor or emergency room, and they might not even know when to refer patients elsewhere.

• Insurance on both ends. The law will require that acupuncturists hold professional liability insurance, which Halsey said means further protection to the public.

This law does not create an insurance mandate, but many health care plans — Halsey said she’s had patients that have insurance based in another state, for example — will actually cover acupuncture in Kansas now.

“Even though our bill doesn’t mandate that the insurance cover acupuncture, there are people who do have benefits who might be more likely to be able to access this now because there will be licensed acupuncturists,” she said.

• Opportunity. With the expansion of insurance, more patients may be able to experience acupuncture for the first time, as Halsey did when she was 19.

She was diagnosed with leukemia and was receiving chemotherapy, but one of the side effects of her medications was an irregular heartbeat. She decided to try acupuncture and it solved the problem, she said.

“I was really impressed, and after that I would try acupuncture for any little thing that came up and just loved how it helped me to feel balanced, naturally, without the use of any kind of medications,” she said. 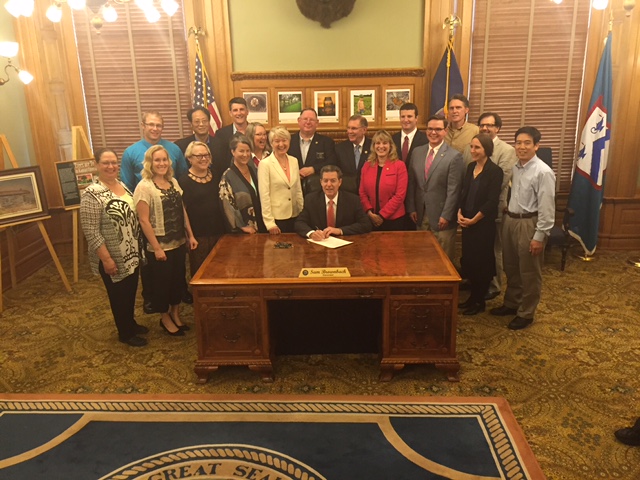 Kansas Gov. Sam Brownback signs the Acupuncture Practice Act into law on June 1, 2016, with members of the Kansas Association of Oriental Medicine and members of the Legislature standing by.

According to the NCCAOM, the World Health Organization recognizes acupuncture and Oriental medicine as effective for a wide variety of more than 40 common ailments. Some interesting items from the organization’s list include the common cold, weight control, chronic fatigue syndrome, hiccups, injuries from auto accidents, infertility and gingivitis.

“Sometimes people will use (acupuncture) in conjunction with medicine and sometimes people try it before resorting to a medication that has other side effects, and it’s just wonderful for that,” Halsey said.

The Acupuncture Practice Act was rolled into House Bill 2615, which also impacts several other health care professionals such as physical therapists, behavioral scientists and midwives.

Sen. Michael O’Donnell, a Wichita Republican, introduced the bill and said Sen. Molly Baumgardner, a Republican from Johnson County, also championed the legislation. It was approved unanimously in the Senate, and on a vote of 115 to 7 in the House, on May 13.

O’Donnell said he favored the act as pro-business legislation, as it removes barriers for acupuncturists to practice as licensed professionals in the state.

“I just believe we need more health care options in the state of Kansas,” he said. “Acupuncture has been around for thousands of years, through many different cultures, and I think that we need people to be able to practice the art of acupuncture.”

The law goes into effect Friday, and the state Board of Healing Arts will likely take another year to establish rules and regulations. Starting July 1, 2017, all acupuncturists will be regulated in Kansas. Patients can look for “L. Ac.” for Licensed Acupuncturist to indicate that a provider has met national and state professional standards.

Alabama, Wyoming, Oklahoma and South Dakota are the four remaining states that do not license acupuncturists.