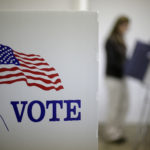 Lawyers for the American Civil Liberties Union are asking a federal judge in Washington, D.C., to act quickly on their motion to block the use of amended federal voter registration forms that require Kansans to show proof of U.S. citizenship.

In a letter to Judge Richard J. Leon, the ACLU said leaving the issue unresolved threatens to complicate upcoming state and federal elections in Kansas and the two other states involved in the case.

“The federal primary elections will take place in Kansas on August (2), 2016, just over a month from now,” the letter stated. “The general federal elections will occur in November, a mere four months from now, and voter registration requirements in Kansas, Alabama and Georgia require resolution well before then.”

The ACLU filed the suit in February against Brian Newby, executive director of the U.S. Election Assistance Commission shortly after his unilateral decision to grant requests to amend the federal voter registration forms used in those states to reflect their proof-of-citizenship requirements.

As part of the suit, the ACLU asked for a preliminary injunction to block the use of those amended forms. In the letter, ACLU attorneys acknowledge that any decision the district court makes about the injunction will be appealed to the D.C. Circuit Court of Appeals, a process that could take as long as six months.

Before Newby was hired at the EAC, he served as Johnson County election commissioner, a position directly appointed by Kansas Secretary of State Kris Kobach, who championed the proof of citizenship law in 2011. The EAC had previously denied Kobach’s request to amend the federal forms, but Newby later unilaterally amended them.

Under the National Voter Registration Act, states are required to accept registrations made using the federal form.

But because that federal form did not ask for proof of citizenship until recently, Kobach has ordered county election officers to conduct a “dual” election system in which people who used those forms may vote only in federal races, not in state or local races.

That would apply to voters who used the old federal mail-in forms, as well as an estimated 18,000 voters who registered at their local motor vehicles office when they obtained or renewed their driver’s license.

A state judge in Shawnee County ruled recently that Kobach has no legal authority to make such an order, but he did not specifically issue an injunction blocking him from doing so.