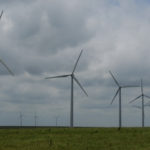 Douglas County now has regulations in place for wind energy towers, but no active applications for permits to install them.

That is the exact opposite of the situation the county faced in November 2013, when NextEra Energy sought permits to install two wind measurement towers in southern Douglas County. That application and public concerns prompted a two-and-a-half year in-house county effort to provide for the regulation of wind energy towers.

After a public hearing Wednesday, the County Commission approved a text amendment that would allow large commercial wind energy towers to be considered under the county’s conditional use permit process. Under the measure, wind towers producing 50 kilowatts or less for personal or small commercial onsite use would be considered under the county’s building permit procedures.

The text amendment was first brought before commissioners in February. Commissioners tabled consideration so that language for small uses could be fleshed out. Commission Chairman Jim Flory also asked planning staff to explore the county’s authority to expand protest petition rights beyond that required by state statute, which gives those owners of property within 1,500 feet of a parcel on which a tower was proposed the right to participate in a protest petition. Flory also suggested that protest boundary extend to a mile, which is the distance at which the text amendment requires neighbors be notified of an application.

But during Wednesday’s discussion, Flory agreed that the 1,500-foot protest boundary included in the updated text amendment was the right way to go. A larger area would dilute a protest petition’s effectiveness by making it more difficult to get the required signatures of 20 percent of property owners, he said.

The absence of active applications appears to have taken the wind out of public concern on the issue. Only a handful of county residents attended Wednesday’s public hearing. The comments of the two speakers at the hearing concerned the need for applicants to file for Federal Aviation Administration approval to construct a tower and for proper aviation lighting on towers 100 feet or more in height. Language regarding both issues was added to the text amendment.

With the commission’s approval of the measure, Flory, who had characterized wind towers as “monstrosities” when the amendment was first introduced in February, expressed satisfaction with the protection the measure gave county residents.

“I’ve been told (wind towers) are majestic, but my feeling is that how majestic they are is relative to how close they are to your front porch,” he said. “I stand as a reluctant supporter, depending on where they are.”

In other business, commissioners approved:

• An employee longevity program that will give those with five years or more of county employment an annual $50-per-year bonus. The program is to start in 2017, but commissioners expressed hope money could be found to reward employees this year. It was stated future commissions might have to adjust the $50 bonus amount because of budgetary issues.

• A measure that forbids the placement of political signs within 20 feet of the edge of a roadway or 300 feet of an intersection. The resolution allows signs 45 days before an election. They must be removed two days after an election. 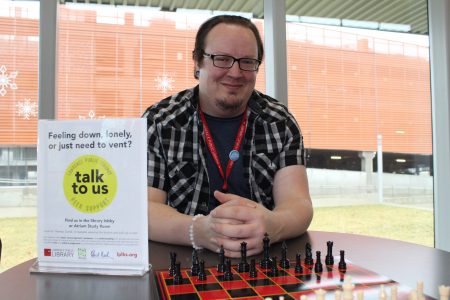