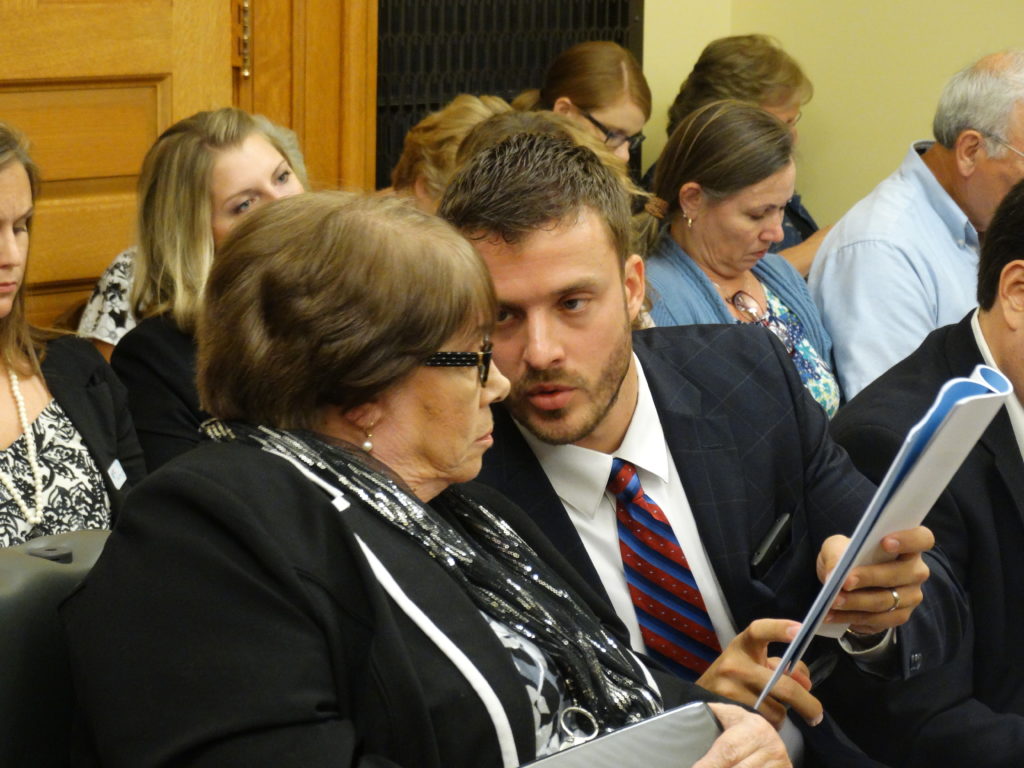 Phyllis Gilmore, left, secretary of the Department for Children and Families, confers with her legislative liaison, Andrew Wiens, before responding to the Legislative Post Audit Committee about a report that said her agency is failing to protect children in the state's foster care and adoption programs.

Topeka ? An audit released Wednesday accused the Kansas Department for Children and Families of failing in many cases to protect the safety of children in the state’s foster care and adoption programs, prompting two House Democrats to call for the immediate resignation of DCF Secretary Phyllis Gilmore.

But Gilmore rejected many of the report’s findings, saying auditors used faulty methods to collect their data, and she insisted the state is doing a good job of protecting children in state custody because of abuse or neglect at home.

Among the significant findings in the audit:

• DCF sometimes fails to ensure that background checks are conducted on licensed foster care providers or, when children are placed with family members, on those relatives who agree to take in those foster children.

• DCF does not always ensure that social workers conduct monthly in-home visits of children in foster care, adoptive homes or children reintegrated with their families.

• DCF does not have an adequate process to ensure that licensed foster homes have sufficient financial resources.

• DCF has not yet implemented several recommendations for its child protective services functions that were made in another audit three years ago.

• And, under the state’s privatized child welfare system, the outside agencies that recruit and sponsor foster homes are also responsible for regulating them, setting up a potential conflict of interest.

The audit was released by the Division of Post Audit, an agency that is under the direction of a joint legislative committee.

The portion released Wednesday covered only the first phase of a wide-ranging review of DCF’s management of the foster care and adoption programs that lawmakers requested after a series of high-profile incidents in which children had died or suffered abuse abuse neglect while they were in state custody.

One of those was a 10-month-old girl, Kadillak Poe-Jones, who died in July 2014 in Wichita when her foster father left her strapped in the back seat of a car in searing heat for two and a half hours while he was inside the home smoking marijuana.

And in November, Topeka City Councilman Jonathan Schumm and his wife were arrested on child abuse charges. The Schumms were living in a small house in east Topeka with 16 children, including four biological children, 10 adopted children and two foster children.

Rep. Jim Ward, D-Wichita, one of the lawmakers who asked for the audit, and Rep. Jarrod Ousley, D-Merriam, both issued statements calling for DCF Secretary Gilmore to resign. 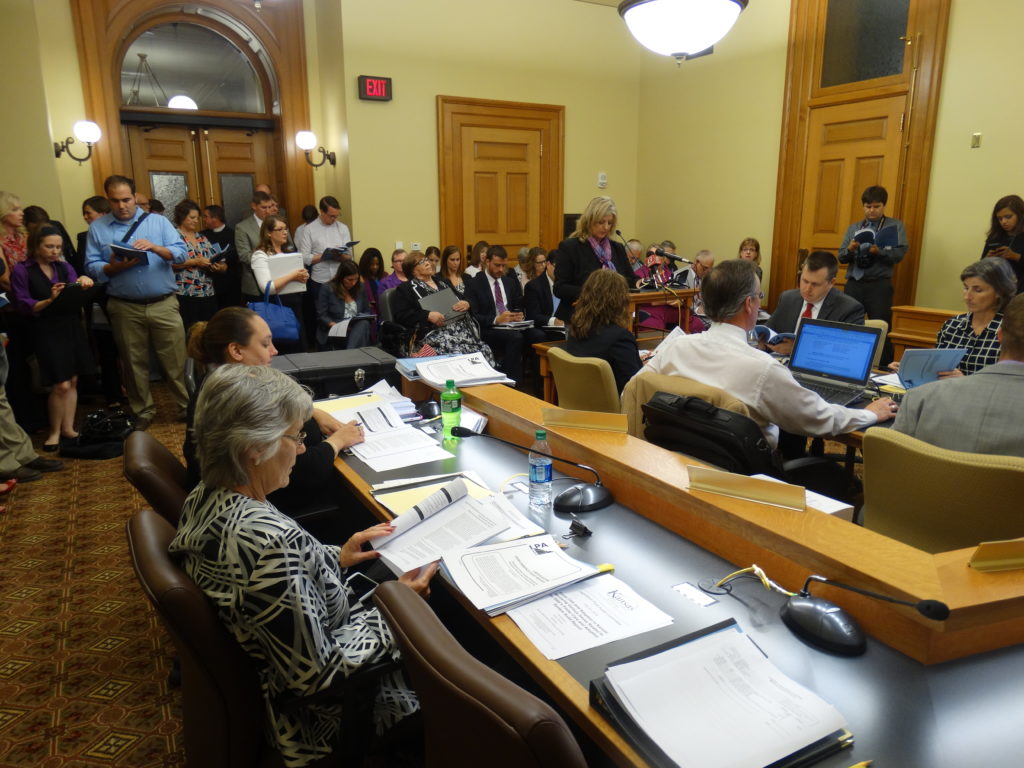 Spectators and reporters packed into a Statehouse committee room Wednesday, July 27, 2016, as the Legislative Post Audit Committee received a scathing report about the Kansas Department for Children and Families' performance in protecting the safety of children in state custody.

“It’s clear there are grave problems at DCF negatively impacting the safety of our state’s most vulnerable children,” Ward said. “I’m not comfortable gambling the future of our children in unsafe home environments. Now is the time to step up and get serious about improving a broken system that is failing Kansas kids. The first step toward that is getting new leadership at DCF.”

But Gilmore flatly rejected the suggestion that children in state custody are not safe.

“Twenty years ago, there was this myth that children in state custody were maltreated and unsafe, and that myth is still perpetuated here 20 years later,” said Gilmore, a licensed social worker and former state legislator. “And I ask you to join with us in putting that myth to end. It is not true, but it still is prevalent.”

Gilmore also suggested that reports such as the one released Wednesday, as well as the news media’s coverage of them, were partially to blame for the low morale among social workers and other staff at DCF.

“Staff morale is impacted by every negative statement that we read in the media,” she said. “It is a thankless job for which they are working so hard and deserve recognition for their success. Despite these things, Kansas is a leader in keeping children safe.”

Wednesday’s report was the first of a three-phase audit of the overall performance and effectiveness of the state’s child welfare system.

The second report, expected to be released in September, will examine how well DCF is complying with state and federal regulations concerning children in state custody.

The final report, scheduled for release in December, will examine how well privatization of child welfare services has worked since it was implemented in the 1990s.

That report is expected to prompt discussions during the 2017 session about whether the state should continue with the privatized system or put DCF back in charge of directly managing child welfare services.