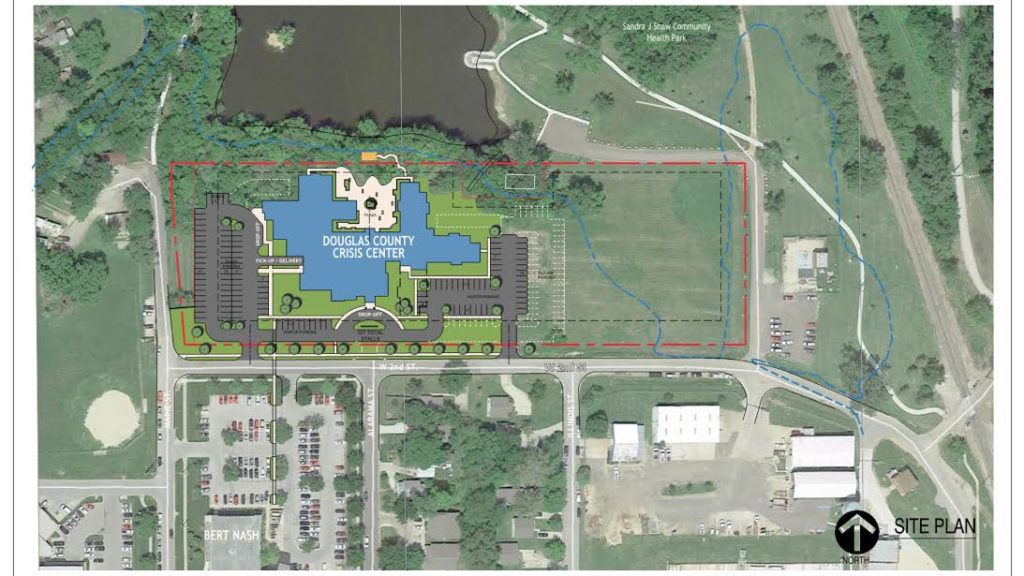 The Douglas County Commission was presented Wednesday with conceptual plans for a mental health crisis intervention center, which were significantly influenced by two public design workshops earlier this year.

Representatives from Treanor Architects shared the conceptual plans with commissioners at a work session devoted to the crisis intervention center. The county hired Treanor in January to design the center, which is part of the County Commission’s reforms of the county’s criminal justice system with the renovation and expansion of the Douglas County Jail and creation of a mental health court. 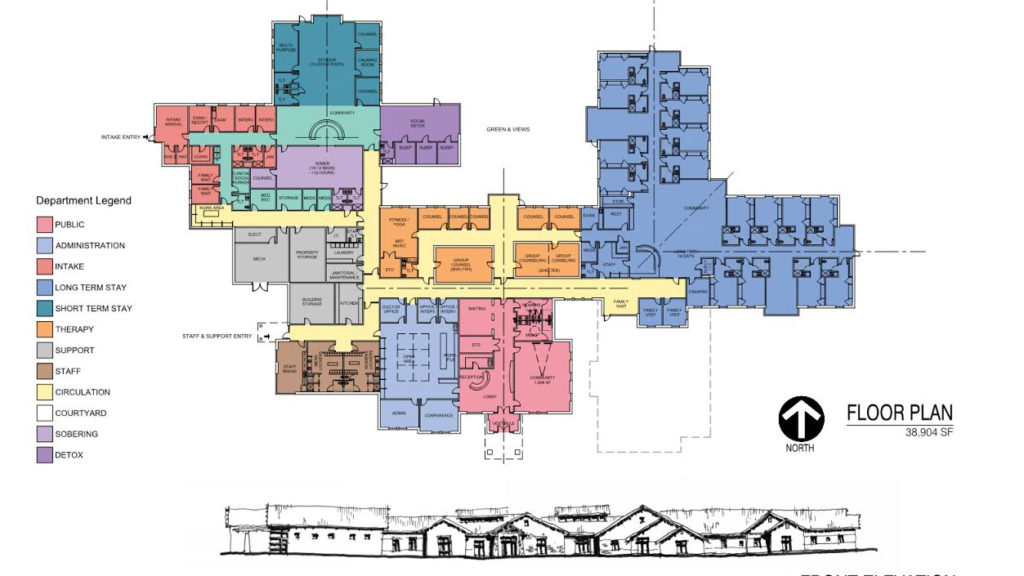 The jail expansion and the crisis intervention center would require county voters approve additional property taxes, sales taxes or both to be used for their construction and operation. The County Commission’s goal is to put a referendum for those purposes before voters in 2017.

After being awarded the design contract, Treanor followed up with two “charrettes” in February, at which the public and Bert Nash Community Mental Health Inc. staff were invited to share ideas for the crisis center. Design elements most favored at the end of those charrettes were reflected in the plans shared Wednesday.

The conceptual design for what would be a 38,904-square-foot building includes two wings, one to the east and one to the northwest. The east wing would house a 16-bed long-term inpatient facility. An intake area, short-term crisis stabilization ward and detox and addiction treatment center would be located the northwest wing. The detox center was a need identified at the first charrette. Both wings have family visitation rooms and areas, another feature identified in the charrettes.

Bert Nash CEO David Johnson said features were also developed through conversations with partnering community agencies and local law enforcement departments. The architects did their research on law enforcement needs and presented them with ideas to make it convenient for officers to bring a person in crisis to the center.

“The way to make sure law enforcement uses the facility is to make it easy to use,” Johnson said.

Jeff Lane of Treanor said patient capacity could be increased with the addition of a second bed in each of the long-term ward’s rooms. He also said the building would be designed to be easily expanded.

Expansion is possible because the Obama administration recently changed a longtime rule that restricted Medicaid payments to facilities like the crisis center to those with 16 or fewer beds, Johnson said.

The conceptual plans Treanor Architects shared with commissioners showed the crisis center north of West Second Street on property that now is home to the Lawrence school district’s maintenance yard and land Bert Nash owns to the east. The area is just south of Sandra J. Shaw Community Health Park and across West Second Street from Bert Nash’s headquarters.

The County Commission also would be asked soon to authorize Treanor to do further design work on the crisis center, Weinaug said.

Lane said that would allow Treanor to complete schematic designs and those for mechanical and security systems. With those designs, architects could better estimate the project’s cost, he said.

The public again would be invited to be part of the coming design process, Lane said.