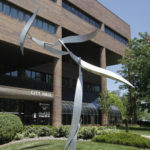 The Lawrence City Commission on Tuesday set the maximum it would spend in the 2017 budget — nearly $500,000 more than proposed by City Manager Tom Markus.

Commissioners voted unanimously on levying a maximum $29 million in property taxes. After Tuesday, commissioners can go back and reduce the mill levy before passing a budget in August. But they can’t propose an increase in what was established Tuesday.

Knowing they could still reduce — but not increase — the mill levy after Tuesday night, commissioners decided to establish a maximum mill levy increase of 0.533 for 2017. Most of the commission said they did not want to dip into the city’s reserve funds to cover some of Markus’ proposed cuts.

A few commissioners voiced opposition to increasing the mill levy but wanted to hear residents’ input on it before an Aug. 2 budget hearing.

“Hopefully we can shift some things around; that would be great,” Vice Mayor Leslie Soden said. “But I’m ready to talk to people for the next week or two and say, ‘Do you want to pay to fund these things, or do you not want us to raise taxes?’ That’s a better conversation to have.”

The commission established that, at maximum, it would add $480,268 to Markus’ budget proposal. The amount is what’s necessary to keep two of 10 city positions up for elimination — the city auditor and arts and culture director — and continue a city employee longevity program, as well as fulfill the Lawrence Public Library’s request for a $200,000 increase from its 2016 budget.

If the increase were to pass, it would bring Lawrence’s property tax levy to slightly more than 32 mills. One mill is equal to $928,929 in tax income for the city.

In Markus’ budget, the levy was 31.488 mills. The additional millage would cover $105,697 for Arts and Culture Director Porter Arneill’s position; $62,300 from the city’s general fund for City Auditor Michael Eglinski’s position; $255,195 to fund the library’s total request; and $57,076 to maintain the city’s employee longevity program.

Those cuts, and others, had been proposed in Markus’ budget. Commissioners Tuesday spoke in defense of Markus, with Soden saying she was “dismayed at the rhetoric” against Markus since his budget recommendation was released. She said he fulfilled what the commission had asked of him: presenting a balanced budget.

“It’s the manager’s job to submit a recommended budget, but at the end of the day the City Commission has to decide what that budget is going to be,” Markus said. “Whether I like it or not is irrelevant.”

Twenty people spoke Tuesday night about the 2017 budget, most of them asking for more funding toward the library and the Lawrence Arts Center, and to maintain the positions of city auditor and arts and culture director.

Before the meeting, around 5 p.m., a half-dozen people advocating for more arts funding gathered outside City Hall, holding up signs directed at passersby. Besides keeping the arts and culture director and giving more to the Arts Center, they asked for the city to fund the East Ninth Street arts corridor.

At the commission’s July 12 meeting, three commissioners indicated they wanted to alter current designs for the East Ninth Project to reduce it in scope — and cost. At the time, they directed staff to put ideas on paper for how to move forward with funding the proposed arts corridor.

The project was not included in Markus’ budget proposal.

On Tuesday, Markus suggested talking about alterations to the project’s design over the next year and making a recommendation to fund it in the 2018 budget.

“Once we have a better idea of what a realistic estimate is, we can start to work that back into the discussion of the 2018 budget,” Markus said. “Part of the concern I have with that project is the consternation with it, without any real conclusion from this commission in terms of where we really want to go with it. We need to spend some time over the next year resolving that issue.”