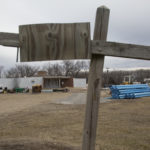 At a work session Wednesday, Douglas County commissioners will be updated on the design of a proposed mental health crisis intervention center and the county’s efforts to acquire additional property for the facility.

Commissioners scheduled the work session for 4 p.m. at the Douglas County Courthouse, 1100 Massachusetts St., with an otherwise light meeting agenda.

The crisis intervention center is one component of the County Commission’s three-pronged approach to reforms to the county’s criminal justice system with a renovation and expansion of the Douglas County Jail and creation of a mental health court.

The jail expansion and crisis intervention center would require that commissioners get voter approval of a bond issue for funding the construction and operational costs through sales taxes, property taxes or both. Commissioners agreed in March to delay any referendum until next year to give the Douglas County Criminal Justice Coordinating Council time to review the county’s criminal justice system.

The crisis intervention center would provide a local facility where those experiencing a mental health crisis could stay and receive treatment. Currently, no such beds are available in the county, and they are becoming difficult to obtain in Kansas with state budget cuts limiting the number of patients that state mental hospitals can house. The crisis intervention center also is expected to help relieve overcrowding issues at the county jail by providing an alternative placement for low-level offenders experiencing mental health issues.

In January, the County Commission and Bert Nash Community Mental Health Center agreed to a memorandum of understanding that would have the county fund construction of the crisis center on land that Bert Nash owns on West Second Street north of its headquarters. The county is seeking to augment that site by acquiring the Lawrence school district’s facilities and operations center at 146 Maine St., which abuts the Bert Nash property. That acquisition would involve a swap of the county’s old public works equipment yard at 711 E. 23rd St.

He could not release the amount of the payment from the school district until the contract is shared with the County Commission, Weinaug said. The property would serve a public purpose should the crisis center not be built, perhaps as additional parking for Bert Nash, he said.

The county retained Treanor Architects to design the crisis intervention center in January, and the firm has been working on the facility’s design with the county, Bert Nash and the public since February.

Weinaug said Treanor would share designs with commissioners Wednesday. Those designs would reflect the county’s acquisition of the school district property, he said.