Commitment to creating an inclusive campus would drive her leadership of Kansas University’s Office of Institutional Opportunity and Access, the second finalist for the job told KU community members Wednesday.

Ebony Calloway-Spencer has worked seven years as an attorney and supervisor for the U.S. Department of Education’s Office for Civil Rights in Atlanta, which oversees universities’ compliance with federal laws prohibiting discrimination. She previously worked for the city of Fort Lauderdale, Fla., and the Florida Office of the Attorney General’s Civil Rights Division.

Calloway-Spencer, who is black, said she grew up with cousins from Latin America and has a biracial husband, a gay brother, and relatives with disabilities. She said she is a survivor of sexual violence.

“I know all of these different worlds,” she said, adding that those experiences inspired her to pursue “opportunities to build bridges between groups” in her career. 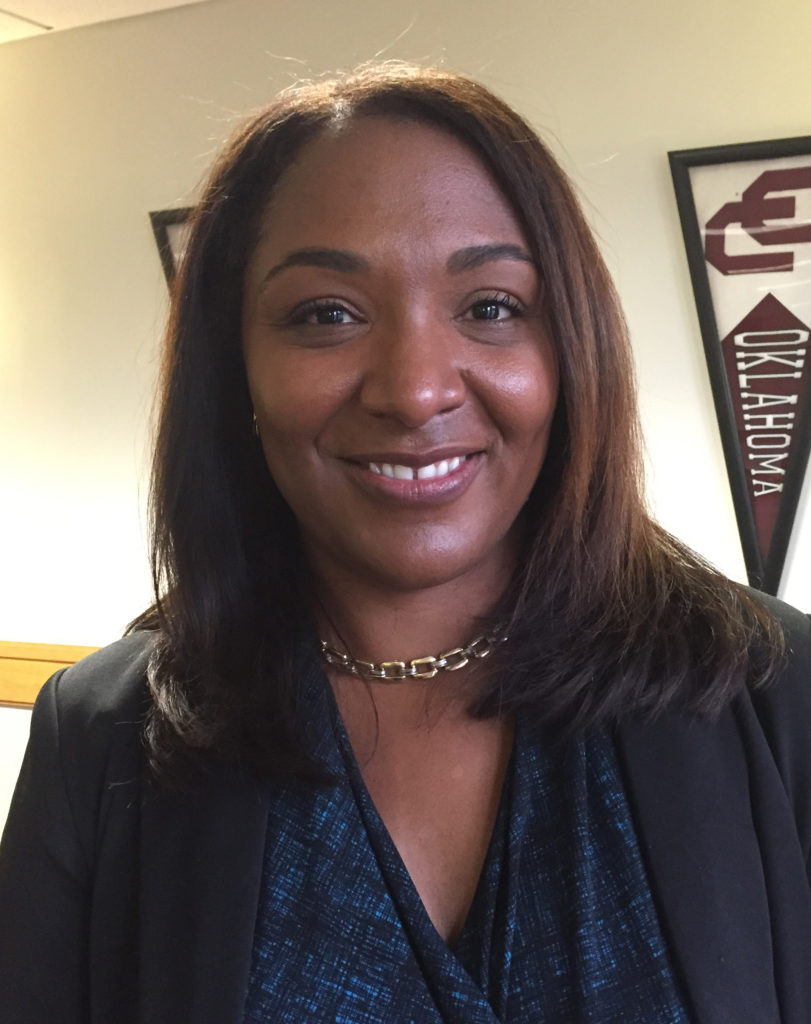 Calloway-Spencer said her priorities for the Office of Institutional Opportunity and Access, or IOA, would include ensuring students know where to turn if they believe they’ve been discriminated against and that they have confidence the office will investigate promptly and thoroughly.

She said her investigations are based on federal, local and state regulations and that she approaches them as a “neutral fact-finder” — important because many cases the IOA deals with are serious and sensitive.

“I don’t want this office to feel like it’s a gotcha type agency,” she said. “I want it to be open, warm.”

Calloway-Spencer said training also should be an important role of the office. Many students and employees don’t know the definitions of harassment, she said. Also, laws and legal direction in the area are constantly changing, which means it’s important for staff and university administrators to have continuing training as well.

During her public presentation Wednesday in the Kansas Union, Calloway-Spencer responded to questions about how the IOA should treat complaints from LGBT and graduate students.

“There are ways that we can still look at a case,” she said. “I don’t think that it takes a court to tell a university that this is right and this is wrong.”

KU IOA investigates reports of sexual harassment — including sexual violence — and other forms of discrimination on campus. The new IOA director will replace Jane McQueeny, who resigned in October.

The first IOA director candidate, attorney Abigail Byman, director of academic labor relations at California State University, presented on Monday. The third candidate, not yet named, is scheduled to speak at 10 a.m. Tuesday at Alderson Auditorium in the Union.

Calloway-Spencer received her bachelor’s degree in English from Hampton University in Virginia and her law degree from the University of Florida.