Douglas County Jail spending an average of $90,000 a month sending inmates to other area jails 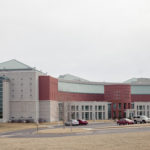 The Douglas County Jail, which has been at capacity for the past year and a half, is now spending an average of $90,000 each month farming out its inmates to other area jails.

As of Thursday, the end of its 2015 fiscal year, the county had spent more than twice the amount budgeted for out-of-county prisoner care, said County Administrator Craig Weinaug.

At its fullest, the jail can hold 186 inmates, said Sgt. Kristen Dymacek with the Douglas County Sheriff’s Office. When that limit is reached, the jail is forced to contact other counties — such as Jefferson, Anderson, Allen, Leavenworth, Johnson, Jackson, Lyon and Chase — to see whether they can house any excess inmates.

The jail has been at full capacity for around 18 months, said Capt. Eric Spurling with the Douglas County Sheriff’s Office. But for much of that time the jail had only a small number of extra inmates.

Over the past five months, however, the inmate population has increased dramatically, Spurling said. Since this summer, the county has been forced to find housing for between 60 and 70 inmates at any given time. At a high point, those numbers have spiked into the 80s.

The average daily cost of housing an inmate in the Douglas County Jail is $47, Spurling said. Sending inmates to an outside jail can range anywhere from $35 to $85 a day, with a daily average of $63.50.

“There are costs associated that we would not have if we did not have to transfer them,” she said.

Although the out-of-county prisoner care budget item is more than $273,000 in the red, Weinaug said he’s confident that under-expenditures elsewhere in the county’s $77 million budget will be able to cover the loss.

In the past five years, the county’s total expenditures for out-of-county prisoner care have increased more than 160 times.

The actual amount spent for each of those years is:

In researching the increasing costs over the past five years, Weinaug said the county is looking into whether the inmate population will peak and drop back down, plateau, or continue to rise.

To do that, the county needs to examine the underlying reasons why the inmate population has increased so dramatically, Weinaug said. Much of that research is tied to the ongoing work with the potential jail expansion and mental health crisis intervention center projects.

Speculation on some of the causes seem to suggest that part of the overcrowding issue in Douglas County is out of the control of the local governing bodies, Weinaug said.

Mandatory sentencing laws, low state funding for the judiciary system and pending legislation that may force counties to take in state prison inmates all affect either the average length of stay per inmate or the total number of inmates within the jail, Weinaug said.

The average length of stay for an inmate in 2011 was 7.8 days, Spurling said. Estimates for 2015 show that number has increased to around 11.6 days.

Another factor that has increased the jail’s population is a change in the types of crimes committed over recent months, Spurling said.

“Our bookings have not gone up that dramatically, but the length of stay has,” he said. “The number of felonies has slightly increased, not necessarily violent felonies, but that, in turn, increases the length of stay with our inmates.”

Those unexpected costs are also out of the county’s hands and are a part of the nature of the criminal justice system, Weinaug said.

“We can’t tell a judge, ‘Don’t sentence this murderer for X number of years because it’s not in our budget,'” he said.

Because the 2016 budget was set in early July, just before the jail’s overcrowding issue increased so dramatically, the total allotted for out-of-county prisoner care remained constant at $250,000, Weinaug said.

“And I can tell you we’re going to blow that number,” he said.

Hopefully other under-expenditures in the general budget will allow for the county to absorb that loss with relative ease while it decides whether it needs to prepare for a significantly larger budget expenditure for 2017, Weinaug said.

Although the county is still in the designing phase, it soon hopes to recommend a 120-bed expansion to the jail, which will help accommodate the increasingly female population and allow for better categorization and housing of all other inmates, Weinaug said.

The addition of a mental health court and crisis intervention center could also help divert current inmates outside of the jail.

In July, one researcher projected that this year around 140 people within the Douglas County justice system could fit the description of seriously mentally ill and qualify for treatment alternatives to jail.

There may be a number of other approaches to the jail’s ongoing population problem, Weinaug said. But until the county knows the underlying issues causing the crowding, it’s difficult to say what those might be. 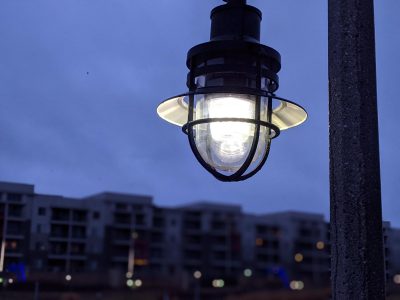