Michael Davidson, eXplore Lawrence’s new director, is coming to the Midwest after working in the tourism industry for 30 years in New York, New Jersey and Washington state.

The 61-year-old resident of Oceanside, N.Y., previously led the Newark, N.J., convention and visitors bureau and Tourism Walla Walla in Walla Walla, Wash., which was named “Friendliest Small Town in America” by USA Today in 2011 after a campaign he coordinated. 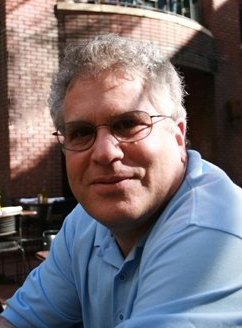 Now, Davidson is looking to lead eXplore Lawrence, the city’s convention and visitors bureau, and introduce to Lawrence his approach to tourism.

“Years ago, it was about marketing. We controlled the message,” Davidson said. “Now, we don’t control the message anymore — everybody is the message. What are people saying about the destination? That’s what we need to really start focusing on: What we can do to make the destination the most positive experience people can have when they come? That’s actually the really exciting part of it because it brings the community together.”

The governing board for eXplore Lawrence voted unanimously Monday to extend an offer to Davidson. He will start in the position April 1 and earn a salary of $90,000.

“He’s got a lot of vision and a lot of experience that he’s going to bring to this community,” said Nancy Longhurst, a member of the eXplore Lawrence board. “We’re excited about our decision.”

Lawrence’s convention and visitors bureau, recently renamed eXplore Lawrence, started the search for a new leader in fall 2015, after the organization split from Freedom’s Frontier National Heritage Area. Both organizations had worked together under one director.

EXplore Lawrence works to attract visitors, events and conferences to Lawrence. It’s funded with a portion of the city’s transient guest tax, the 6 percent tax charged on all overnight hotel stays in Lawrence. It was allocated $880,000 in the city’s 2016 budget.

The board selected Davidson after its second round of nationwide searches. Megan Gilliland, the city’s communications manager who has been acting as director of eXplore Lawrence, said earlier this month that board members could not come to a consensus on any one candidate in the first batch of finalists.

Davidson is currently a project management consultant with the Newark convention and visitors bureau, which he previously directed. Prior to that, he was the president and CEO of Tourism Walla Walla for six years. He’s held other executive positions in Glen Cove, N.Y., Sullivan County, N.Y., and Long Island, N.Y. He has a background in social work and earned a Master of Social Work from the Wurzweiler School of Social Work at Yeshiva University in New York City. Davidson received a Bachelor of Arts in psychology from Adelphi University in Garden City, N.Y.

Davidson pointed to eXplore Lawrence’s transition to a nonprofit organization as something that drew him to the job. He also said the move would bring him closer to family in Chicago.

EXplore Lawrence announced in December that Lawrence would host the 2017 USA Track and Field Junior Olympic Championships. It’s expected to attract 42,500 athletes and family members and an estimated $17 million to $22 million. Davidson mentioned the event as one of his major projects coming into the position.

“It’s clearly going to have a positive economic impact. But if we do it right and these people have a great experience, it’s going to support us for years and years down the road,” he said. “Those are the kind of things you get to look at … it is an amazingly exciting industry.”