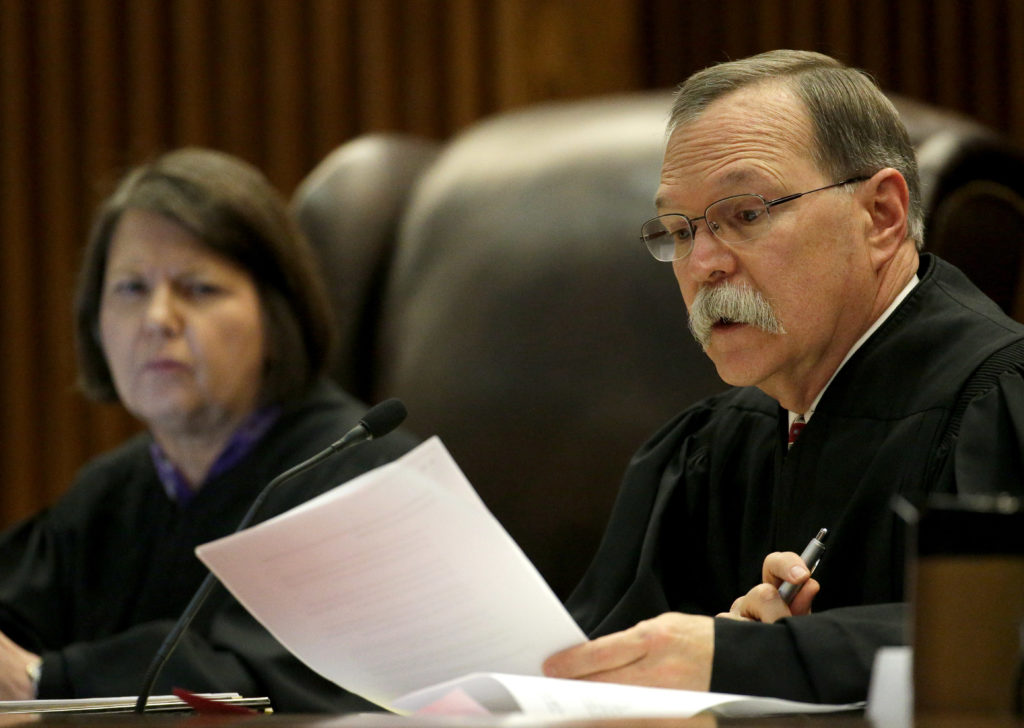 Kansas lawmakers violated the state Constitution last year when they repealed the state’s old school finance formula and replaced it with a system of block grants for two years, the Kansas Supreme Court ruled Thursday.

The unsigned decision upheld a June 26, 2015, ruling by a three-judge district court panel, which said the new funding system is not equitable.

However, the court on Thursday said the three-judge panel acted prematurely in ordering the state to add nearly $50 million in additional funding to cure the inequities.

Instead, the court gave lawmakers until the end of this fiscal year, June 30, to fix the problem themselves. But the court also warned that it could close public schools next year if lawmakers fail, or refuse, to take action.

“Accordingly, the Legislature’s chosen path during the 2016 session will ultimately determine whether Kansas students will be treated fairly and the schoolhouse doors will be open to them in August for the beginning of the 2016-2017 school year,” the court said.

In Lawrence, the change to block grant funding resulted in an estimated net loss of more than $446,000 this year, according to the district’s finance director, Kathy Johnson.

That was mainly due to changes in the way the state now calculates “supplemental aid,” which subsidizes districts’ local option budget.

The decision came just as the Kansas House and Senate are preparing to finalize their budget bills, which include block grant funding for next year, and which make no provision for additional funding.

Both bills would leave the state with a projected ending balance of only about $31 million this year and $111 million next year. However, because revenues have come up short in recent months, this year’s ending balance could be as low as $9 million.

The House went forward Thursday with final passage of its budget, 68-56, despite a failed attempt by Democrats to send it back to committee in light of the court’s ruling.

Rep. Ron Ryckman Jr., R-Olathe, who chairs the House Appropriations Committee, said he wasn’t prepared to comment on the decision until after he’s had time to study it.

The decision is likely to increase political tension between the court and the Republican lawmakers, many of whom still argue that the court overstepped its bounds in 2005 when, in an earlier school finance case, it ordered the Legislature to increase funding by hundreds of millions of dollars per year.

“Memories on the bench must be failing, because the opinion came just two months after the court reaffirmed separation of powers doctrine in its ruling to retain its own power regarding the selection of chief district judges,” House Speaker Ray Merrick, R-Stilwell, said in a statement. “Today that was forgotten.” 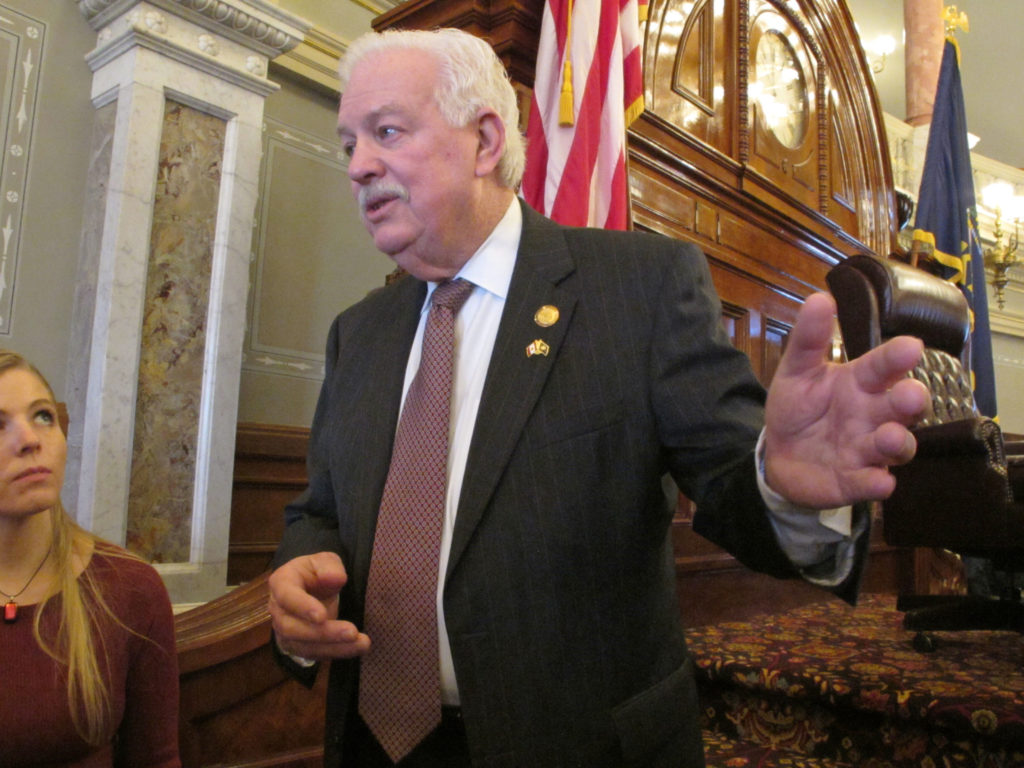 “Kansas has among the best schools in the nation, and an activist Kansas Supreme Court is threatening to shut them down,” Brownback said through his press office. “We will review this decision closely and work with the Legislature to ensure the continued success of our great Kansas schools.”

“Determining whether an act of the Legislature is invalid under the people’s constitution is solely the duty of the judiciary,” the court said. “The judiciary is not at liberty to surrender, ignore, or waive this sworn duty.”

Last week, the House considered a constitutional amendment that would have changed the way Supreme Court justices are selected, adopting a “federal model” in which the governor appoints justices subject to Senate confirmation. And while that measure failed to receive the required two-thirds majority, other proposed amendments are still sitting on the House calendar, including one that would have justices directly elected in partisan races.

Rep. John Rubin, R-Shawnee, said he supports changing the selection process, although he insisted that it’s not because of any particular decision of the court. He said he thinks the current system is undemocratic, and he has sponsored a resolution that calls for changing the membership of the current Supreme Court Nominating Commission so attorneys do not have a guaranteed majority on the nine-member panel.

Democratic leaders in the Legislature immediately called on Republican Gov. Sam Brownback and GOP leaders to comply with the court’s decision.

“I don’t know what Sam Brownback and his legislative allies expected when they eliminated the school finance formula, thereby eliminating all equity components — proving they are out of step with Kansans who value good, quality public schools,” Senate Minority Leader Anthony Hensley, of Topeka, said.

“Gov. Brownback and his conservative allies in the Legislature mismanaged our state, jeopardizing our children’s future,” said House Minority Leader Tom Burroughs, of Kansas City. “But rather than take responsibility for our state’s stagnant economy and self-inflicted budget crisis, Republicans choose to blame public education.”

Thursday’s ruling did not address another, much larger issue in the school finance lawsuit: whether overall funding for public schools is adequate for them to provide students with a suitable education.

The three-judge panel has ruled that current funding is not adequate, and has suggested the state may need to add as much as $500 million a year in funding.

Oral arguments before the Supreme Court on that portion of the case have not been scheduled but are expected to occur this spring. A decision on that question could come before the November general elections.

What this means for area school districts:

Most of the school districts in Douglas County received less state aid under the block grants than they would have under the old formula. Some of the biggest losses were in districts’ supplemental aid and capital outlay funds, both key sources of operating costs. Because the block grants essentially froze the current levels of the old per-student funding formula, districts that had increases in enrollment fared worse. Though district officials welcomed the ruling, the level of uncertainly regarding the future funding remained.

For the Lawrence school district, the change to block grant funding resulted in an estimated net loss of more than $446,000 this year, according to the district’s finance director, Kathy Johnson. That was mainly due to changes in the way the state now calculates supplemental aid, which subsidizes districts’ local option budgets. The district also gained about 250 students this school year, and is projected to gain another 165 next year. Johnson said they will be watching for the remaining ruling on whether overall funding for public schools is adequate. “The old formula was determined to be constitutional and equitable,” she said. “When they chose not to fund it in the way it was designed it became inequitable. The adequacy has always been a different conversation and is still not being addressed.”

For the Eudora school district, the change to block grant funding resulted in an estimated loss of about $130,000 in the district’s supplemental general and capital outlay funds, according to Superintendent Steve Splichal. Enrollment in the district has also grown by about 15 to 20 students for the past several years, Splichal said, so the block grant amounted to fewer dollars per student to spend this year than last. While he was glad that the equity ruling came out in favor of school districts, Splichal said it raises new concerns. “I think the court went out of its way to provide the Legislature with leeway to arrive at a reasonable solution; the question is will they and what will that look like?” he said. “Particularly at a time when the financial capacity of the Legislature is limited given where their budget has been the last couple of years.”

For Perry-Lecompton, Superintendent Denis Yoder said it was difficult to make a direct comparison between the old formula and the block grants because the district changed its mill levy and lost some students, but he said that the change to block grant funding resulted in an estimated loss of about $40,000 of state aid in the district’s supplemental general fund. Yoder said that the court ruling left many unknowns. “I think anything at this point would just be speculation of what might transpire,” he said. “The one known is that something needs to be done that the Supreme Court will support by June 30.”

Officials with the Baldwin City school district didn’t readily have available the difference in funding as a result of the block grants. The district’s enrollment decreased slightly from last year to this year, but has stayed generally stable over the past several years, according to Superintendent Paul Dorathy. For his part, Dorathy said the district would not count on getting more money next year. “We aren’t going to budget on that yet,” he said. “I think we’ll wait and see what happens as to how they want to address it.” 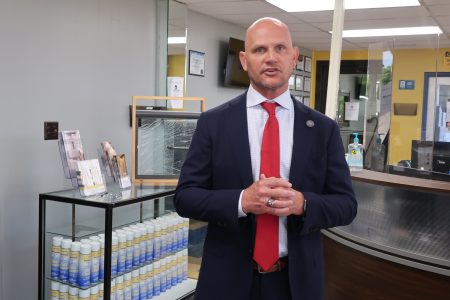 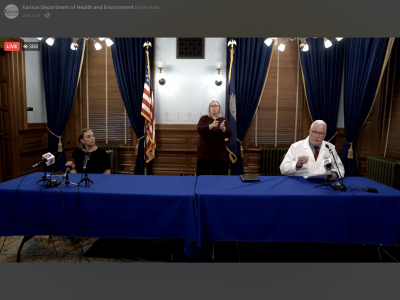