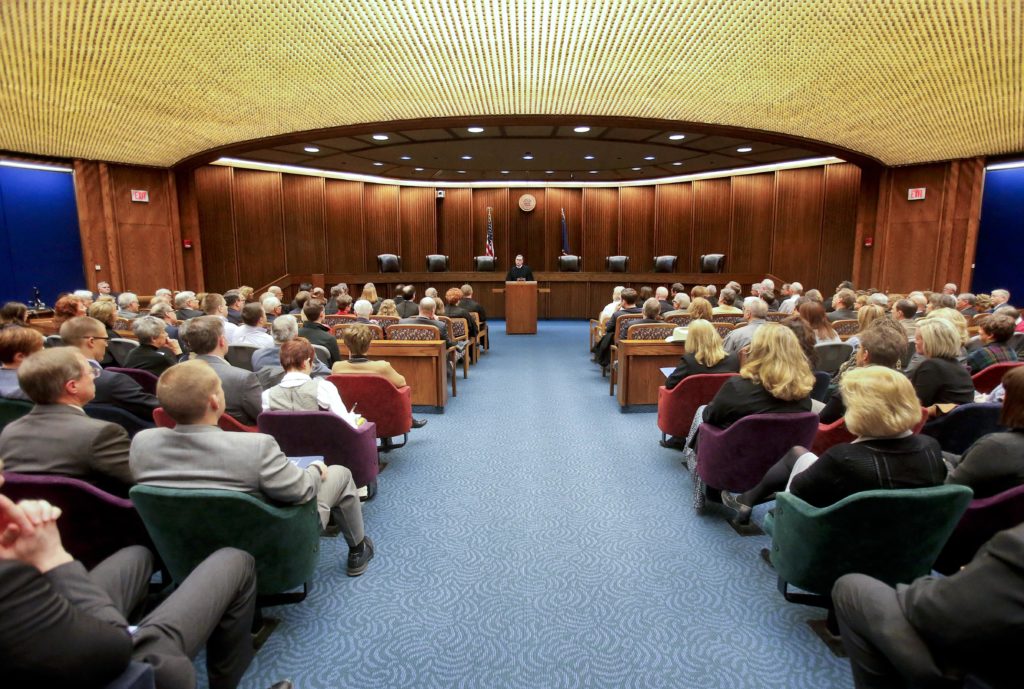 Topeka ? The Kansas House voted Wednesday to advance toward final action a proposed constitutional amendment that would change the way state Supreme Court justices are selected, but the 69-53 vote was far short of the two-thirds majority, or 84 votes, needed to pass the measure.

A final vote in the House is scheduled for Thursday.

The measure calls for adopting what some had called a “federal model” for selection in which the governor would appoint justices, subject to Senate confirmation.

It would replace the current “merit selection” process that has been in place since 1959 in which an independent, nonpartisan nominating commission made up mostly of lawyers screens candidates and submits three names from which the governor selects. 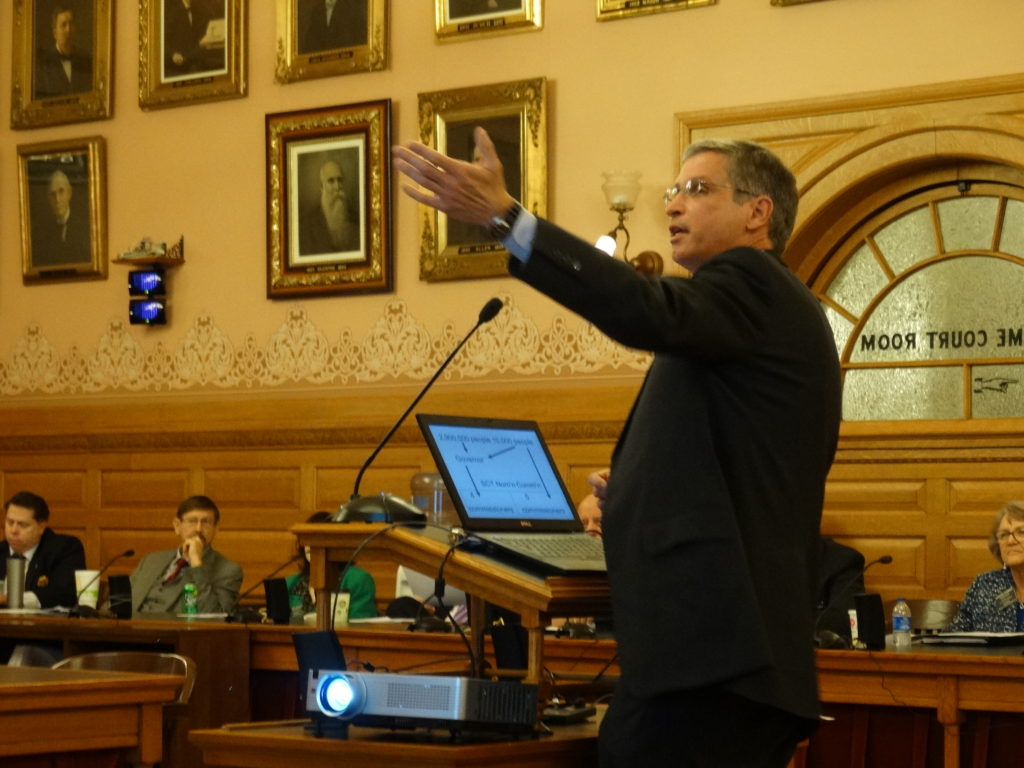 “We are indeed the only state in the union that selects Supreme Court justices in this way,” said Rep. John Rubin, R-Shawnee. “Yes, there are eight other states that also utilize a nominating commission. The other 41 do not. But even of the other eight states that do, none of them, none of them allow attorneys alone to select a majority of the commission.”

Rep. Mark Kahrs, R-Wichita, cited a recent split ruling on abortion by the Kansas Court of Appeals, whose judges are also chosen through the merit system, as evidence that the system produces a court that does not reflect the values of the state.

Opponents, however, argued that appointments by the governor would inject a new level of politics into judicial selection, taking away from the independence of the court system.

“Just a year ago, our governor was quoted in the Topeka Capital-Journal as saying that we need to ‘change the way we select judges so we can get judges who vote the way we want them to,'” said Rep. John Carmichael, D-Wichita. “That is the epitome of the wrong attitude for judicial selections. We don’t select judges who will vote the way we want them to. We select the brightest, the best, folks who have judgment, and let them make important decisions.”

“Our state may be broke, but our judicial selection system isn’t,” he said. 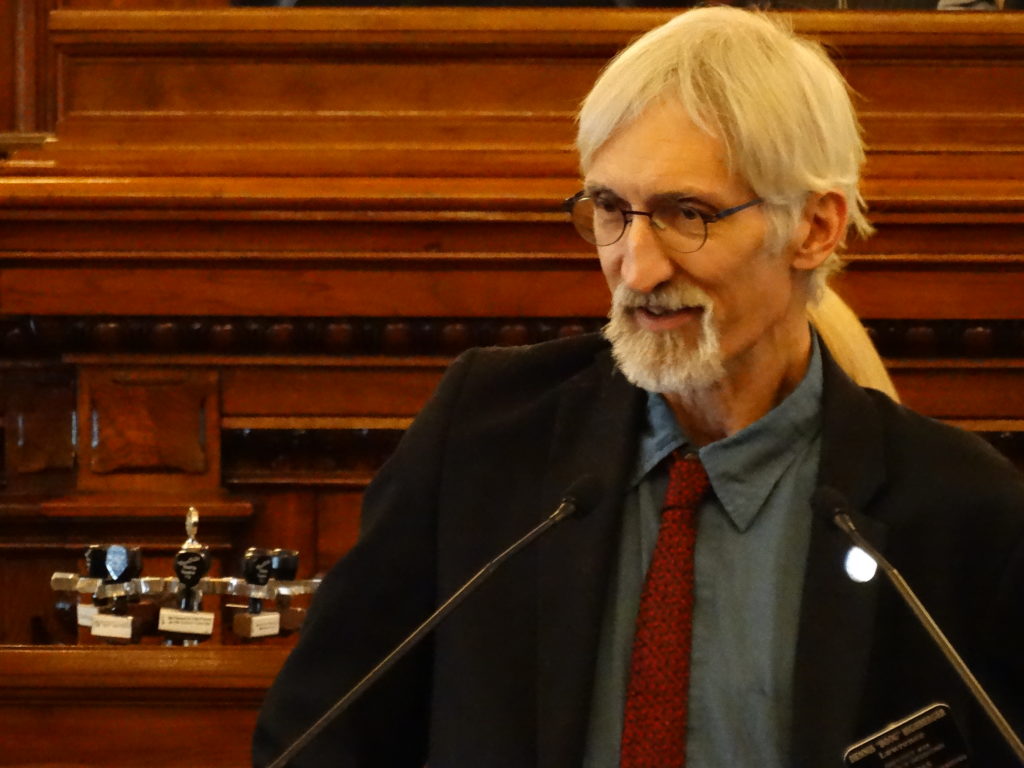 One Democrat, Rep. Jerry Henry of Atchison, joined Republicans in supporting the measure. But 26 Republicans, including Rep. Tom Sloan of Lawrence, joined the other 27 Democrats in voting no.

Gov. Sam Brownback had called for passage of a constitutional amendment during his State of the State address, and House GOP leaders held two days of caucus meetings trying to urge their members to support the measure.

Among those who spoke to Republicans early Wednesday, before the House went into session, was Kansas University law professor Stephen Ware, who called the current system in Kansas “undemocratic, extreme and secretive.”

“I’m a lawyer and proud of it,” he said. “But lawyers don’t deserve more power than their neighbors and fellow citizens. In a democracy, everybody’s vote ought to be worth the same.”

The House vote came just as Supreme Court Chief Justice Lawton Nuss was delivering his annual State of the Judiciary address across the street from the Statehouse. Afterward, Nuss told reporters he has written op-ed articles supporting the merit selection process, and he continues to support that system.

“My position has not changed, and the position of my colleagues has not changed,” Nuss said. “We believe that our present system that has been in effect for almost 60 years is superior to the other models that are being proposed.” 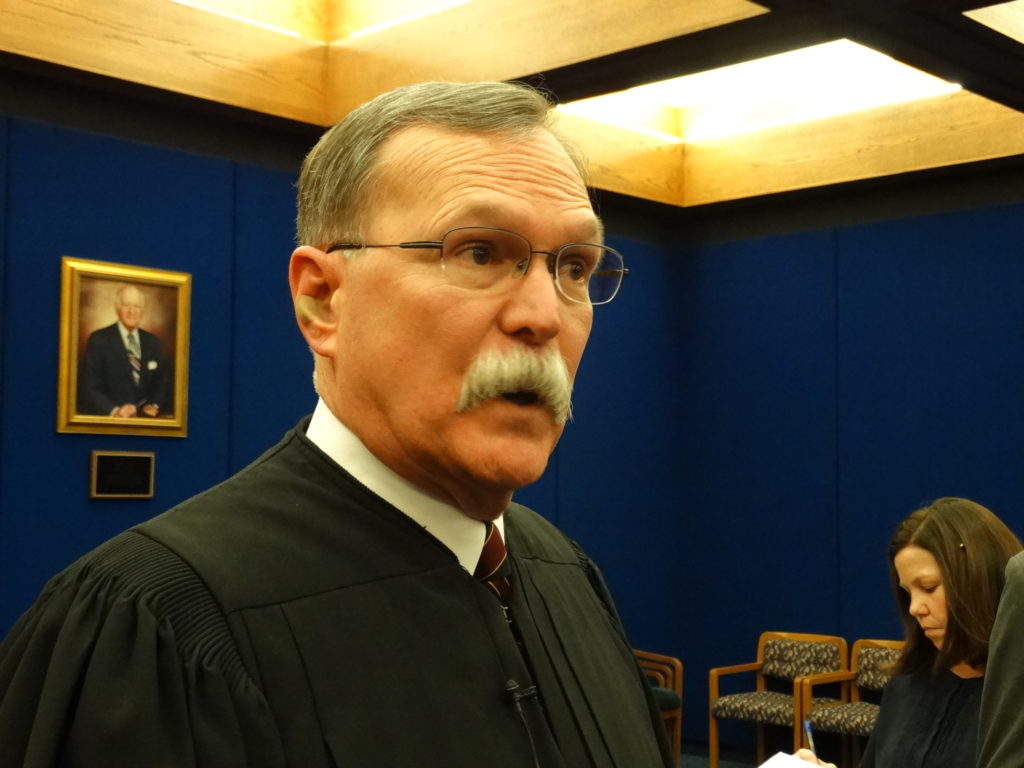 Kansas Chief Justice Lawton Nuss speaks with reporters after the Kansas House failed to muster a two-thirds majority needed to pass a constitutional amendment that would change the way Supreme Court justices are chosen.

Natalie Haag, a member of the current Supreme Court Nominating Commission who also served as former Republican Gov. Bill Graves’ chief of staff, said she was pleased that the proposed amendment appeared to be failing. And she rejected the argument that members of the commission push their own political agendas when reviewing candidates for the bench.

“I’ve been involved in both sides of it,” she said. “At least from the lawyers’ perspective in that committee, there’s no politics because every one of us has to appear before those judges at some point, and we want judges who are going to be fair, no matter what issue we’re in front of them on.”

Kansas Attorney General Derek Schmidt, who supports changing the selection method, said he continues to believe the issue will not go away until the public has a chance to vote.

“I’ve thought that for 10 years, I’ve said it for 10 years. I still think it’s true. I don’t think the issue is going away until the public votes,” he said. “But ultimately the Legislature has to decide how to handle it, and apparently they’re deciding.”