Lawrence attorney Terrence Campbell on Wednesday withdrew his nomination to a seat on the federal bench in Kansas, saying he no longer thinks it’s possible that he will be confirmed.

“It would have been an honor to serve the public in that capacity,” Campbell said in a letter to President Barack Obama. “However, in light of the short time remaining for this Congress to complete its business and the results of the recent election, it is apparent to me that I will not be able to be confirmed by the United States Senate.”

Campbell also sent letters to the two U.S. senators from Kansas, Jerry Moran and Pat Roberts, both of whom had supported his nomination, notifying them that he was withdrawing from consideration. 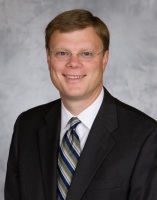 Campbell, 46, is a member in the law firm Barber Emerson in Lawrence, where he has worked since 1999. He is a 1997 graduate of the University of Kansas School of Law and spent two years after graduation as a clerk for U.S. District Judge John Lungstrum.