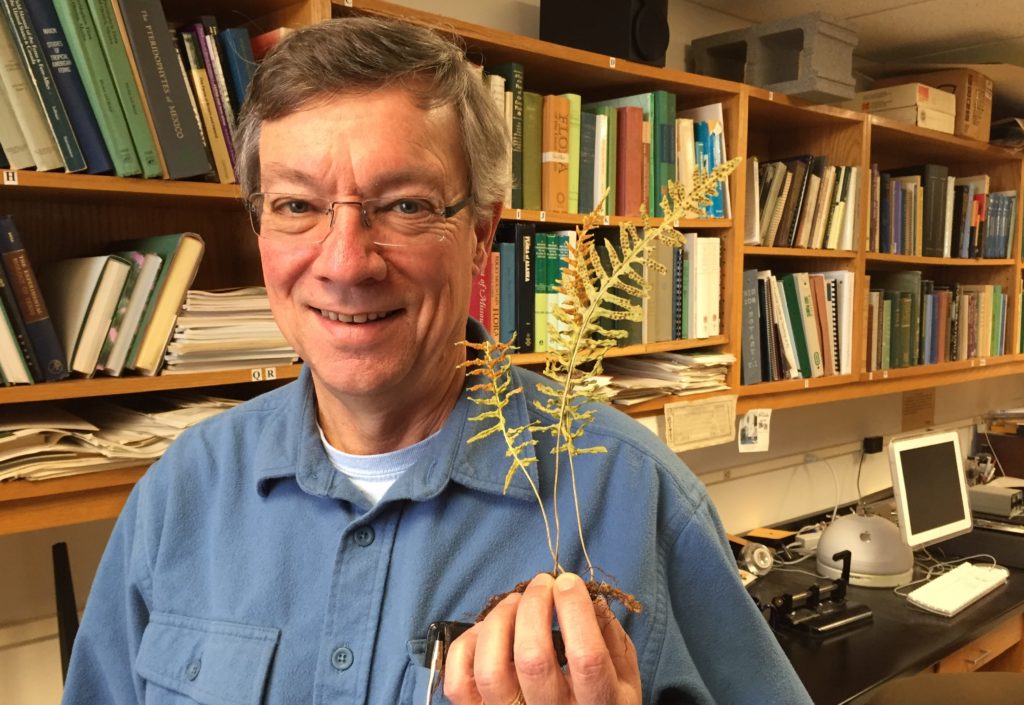 Chris Haufler is a professor of ecology and evolutionary biology at the University of Kansas. He researches plant biology, including the genetics of ferns. (AP PHOTO/Sara Shepherd/Lawrence Journal-World)

For decades biology textbooks have gotten fern reproduction all wrong — at least the part accusing the ancient plants of inbreeding.

Ferns have not survived millions of years by sperm and egg from the same plantlet conceiving new plants, research by a University of Kansas professor shows. No, individual gametophytes — even though they’re bisexual — do not single-handedly make babies fit to carry on the fern population.

“That’s the thing,” says Chris Haufler, professor of ecology and evolutionary biology. “You’ve got to have two gametophytes to tango.”

Haufler’s research is reported in the November issue of the journal Bioscience, in an article he co-authored with a group he said one reviewer described as “a who’s who of ferns.”

Particularly with its prominent authors, the article builds on a body of research that’s been accumulating over several decades, Haufler said. They wanted to share the research in Bioscience, because it’s read by a broader variety of science-types, including high school science teachers. 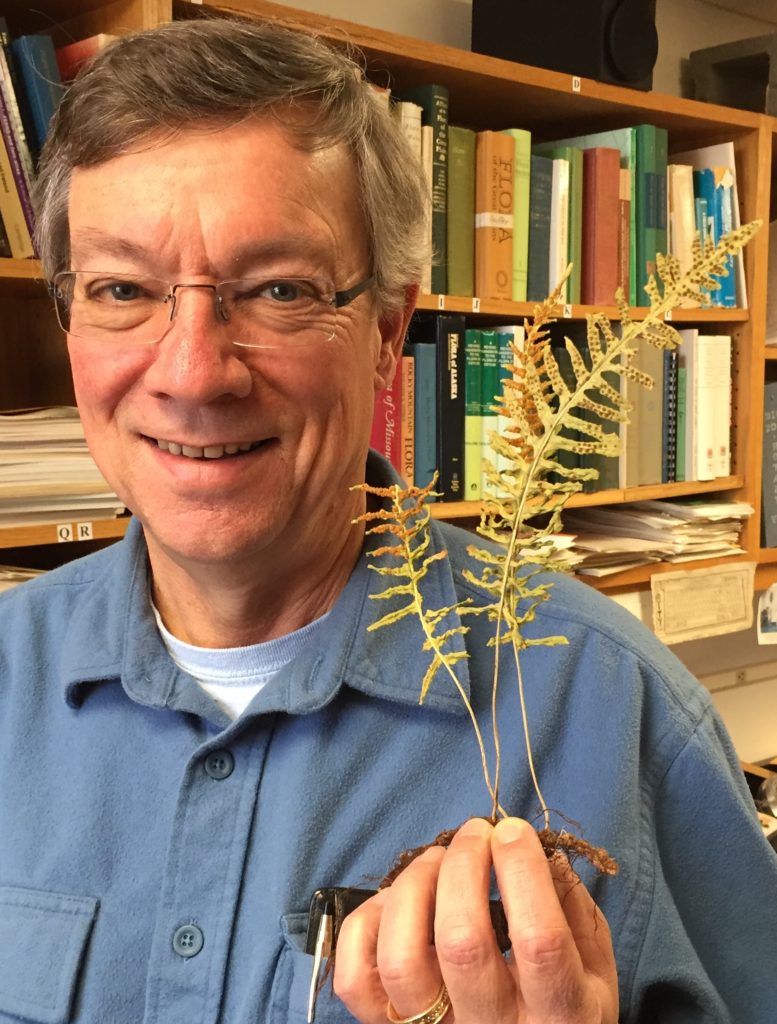 Chris Haufler is a professor of ecology and evolutionary biology at the University of Kansas. He researches plant biology, including the genetics of ferns.

Haufler and co-authors would like to see textbooks changed.

“It’s oozing its way into the textbooks,” he said. “I think we’ll get there. A little constant poking at the side of the industry never hurt.”

High school and college biology textbooks all emphasize the reproductive activities of plants, Haufler said. Ferns have been around more than 300 million years; they’re younger than mosses but older than seed plants such as pines and flowering plants.

The ferns’ reproductive cycle, distinguished from other plants by having gametophytes, works like this:

• A mature fern, called a sporophyte, develops clusters of spores on the undersides of its leaves.

• When spores are released and land in favorable conditions they grow into gametophytes, tiny thumbnail-sized plantlets with the purpose of reproduction.

• Each gametophyte produces both sperm and eggs.

Old books teach that sperm and egg from a single gametophyte get together and create a new sporophyte, which grows into a mature fern.

But Haufler said instead of gametophytes inbreeding with themselves, sperm and egg from separate gametophytes come together to produce new fern plants. Rainstorms, streamlets and pools of water are great places for sperm and egg to meet.

So essentially new ferns have two parents, just like the rest of us.

“That’s why inbreeding is considered to be a taboo in humans — well, in anything actually,” Haufler said. “In humans we have cultural impediments to inbreeding, and that’s for good reason — when inbreeding happens … there’s no longer the diversity necessary to promote a genetically healthy individual.”

Ferns don’t exactly have cultural taboos driving their decisions, but they do have genetic impediments.

Some ferns can and do produce plants with a single gametophyte parent, though it’s a small subset and resulting plants aren’t healthy specimens, Haufler said.

That ability to inbreed was documented in the 1960s and got blown up into the scenario that landed in textbooks for years, Haufler said.

In the mid-1980s, he and others began testing and were able to show that theory was flawed.

“We had new techniques, we had new capacities to be able to look at the genetic systems of these plants in much more detailed ways,” Haufler said. “It just knocked the foundation out of this whole thing. But by then all the textbooks had picked it up.”

Haufler’s collaborators on the Bioscience paper are Kathleen Pryer and Michael Windham of Duke University; Eric Schuettpelz of the Smithsonian Institution; Emily Sessa of the University of Florida; Donald Farrar of Iowa State University; Robbin Moran of the Institute for Systematic Botany; J. Jakob Schneller of the Universität Zürich; and James Watkins Jr. of Colgate University.

Haufler said he hopes their article resonates in the textbook industry.

“It’s very difficult to change,” he said. “This paper is designed to turn that around.”