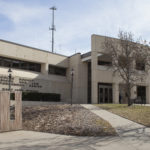 As a Lawrence defense attorney, Christopher Coleman has learned there are many ways mentally ill individuals in need of treatment can land in the Douglas County Jail or before district court judges.

He has had clients who stopped taking medications, had their medications become less effective, suffered bouts of post-traumatic stress syndrome or endured psychotic episodes. To illustrate the point, Coleman recounted the story of a client who appeared uninvited in a Lawrence home. Despite not knowing who lived in the residence, the client thought in his mind they wanted him there.

“He thought it would make them happy. Instead it scared the heck out of them,” Coleman said. “He didn’t understand he did anything wrong. The mentally ill need services. We need to divert them away from the criminal justice system.”

That fact is recognized in the three-pronged approach the Douglas County Commission has endorsed to improve the county’s criminal justice system. The approach, which the newly created Criminal Justice Coordinating Council will now review, would expand the Douglas County Jail with the addition of a number of pods to help segregate specific populations, including one dedicated for the inmates with mental illness, construct a mental health crisis intervention center and create a mental health court within Douglas County District Court.

Although the two bricks-and-mortar parts of the trinity have received the most public attention, the mental health court has been integral in the county’s approach.

Douglas County District Attorney Charles Branson said his office, the Douglas County District Court, Bert Nash Community Mental Heath, DCCCA and other agencies whose missions touch those with mental illness have been in discussion about the formation of a mental health court for more than a year. The work has progressed to the point that Branson’s office has authored a draft protocol of the court’s operation that is circulating among the other parties involved for feedback.

Some of the protocols build on initiatives his office, the sheriff’s department and courts already have started, Branson said.

The process would involve pre-filing diversion agreements in appropriate incidents. Such filings would not create a criminal record for some individuals who come into contact with law enforcement while in the midst of a mental health crisis, Branson said.

Post-filing diversions also could be offered on selected types of cases.

“That would be a little more like a normal case,” he said. “Maybe, we’d look at the person going through diversion and then dismiss charges.”

Helping make decisions on inmate candidates for diversions are two evaluators Bert Nash was able to hire this year and assign to the jail thanks to a $199,000 grant from the Bureau of Justice Assistance, Branson said.

Diversion would require an individual complete a treatment program.

Treatment and the case management of those treatment programs were at the heart of the proposed mental health court, said Margaret Severson, a Kansas University School of Social Welfare professor who has been a consultant on the county’s criminal justice system review.

The goal is to devise treatment plans and arrange provider access for those with mental health issues who land in jail or come in contact with law enforcement, Severson said. A court services team and case management team would work with the individual, who would be required to keep the court apprised of progress.

“These are fairly new, specialized courts,” she said. “The literature is not definitive yet on whether outcomes are better than regular courts.”

The progress of individuals who appear before the court would to be monitored to determine if the added expense of the court was worthwhile, Pokorny said. If not, the county’s money could be better spent on other solutions, she said.

Funding, particularly in regard to the position that would coordinate between the court and mental health case managers, is the big hurdle remaining to getting the court up and running, Pokorny said.

“The district attorney has come up with a plan to identify people eligible for a mental health court, and we know how the process would work legally,” she said. “The monetary issues haven’t been worked out. We can identify people with needs and set up the court, but if we don’t have somebody to help with the needs, we’re not going anywhere with the mental health court.”

Douglas County commissioners have broached the possibility of funding the mental health and other ongoing operational costs associated with the three-pronged approach as part of a referendum put before county voters to fund the jail expansion and construction of a crisis intervention center. That referendum is off the calendar for the November general election, and the County Commission is now working with a special election target date of spring 2017.

County Commissioner Mike Gaughan said it wasn’t clear if ongoing expenses involved with the three-pronged approach could be a part of the referendum. Some staffing is in place as one of the two Bert Nash evaluators at the jail could be assigned part time to the mental health court, he said.

Branson, Gaughan and Pokorny agree the mental health court could be launched before the jail expansion and crisis intervention center are completed, although all agreed it would function better with the other pieces in place. The critical need the crisis center would provide is hard-to-find beds where those experiencing a mental health crisis could get treatment and recover.

The next step is for the Criminal Justice Coordinating Council to nail down staffing needs and costs, Gaughan said.

The County Commission would then have to budget the court’s operation, perhaps initially as a pilot program.

“It seems to be the spirit of all the people participating that there are some things we can do now, even if we can’t have the full-blown program in place,” Gaughan said.