Cuts include $4 million each year for Kansas University and $3.2 million for the KU Medical Center 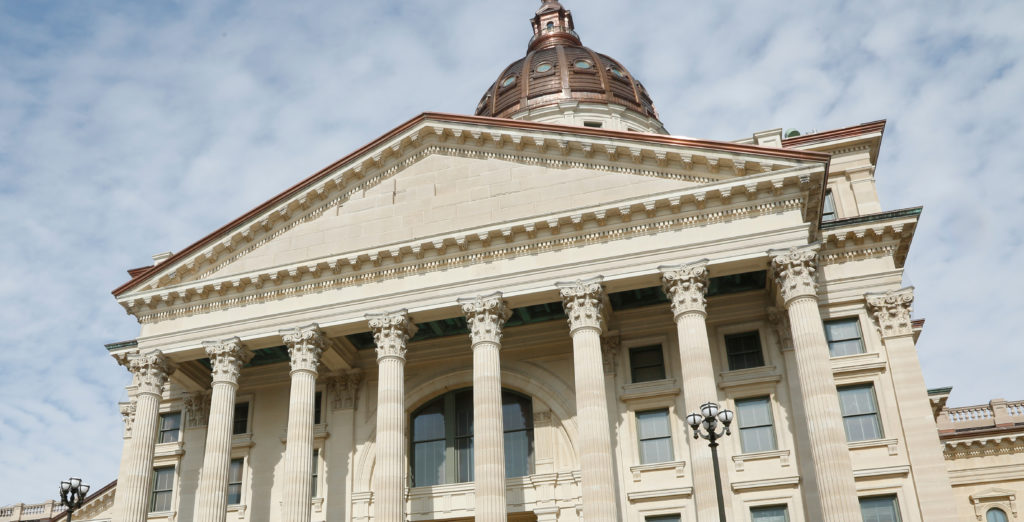 Topeka ? Gov. Sam Brownback’s administration is proposing to cut $112.8 million in state spending out of what’s left in the current fiscal year, with possibly even more cuts in the next fiscal year that begins July 1, in order to balance the state budget in the wake of sagging state revenues.

At the same time, though, Budget Director Shawn Sullivan dismissed the idea, now endorsed by a large number of Republican lawmakers, of scaling back some of the tax cuts Brownback championed in 2012 and 2013.

“We hear all the time of businesses that have moved here,” Sullivan said in defense of those tax cuts. “We believe they have positively affected the economy.”

The proposed cuts are the administration’s response to a new report issued Wednesday in which state budget officials lowered their estimate of how much revenue the state will take in this year and next year by $228.6 million.

That includes a $93.9 million reduction for the current fiscal year, which ends June 30, and another $134.7 million for the new fiscal year that begins July 1.

Looking only at tax revenue coming into the state, the new forecast is $347.8 million below the previous estimate, which was released in November. But that figure is offset by increases in other nontax revenue sources, as well as previously-approved transfers into the general fund from other funds.

Raney Gilliland, who heads the Legislature’s nonpartisan Research Department, said the new, lower estimates reflect a more pessimistic forecast of the Kansas economy overall, citing depressed prices for agricultural commodities as well as oil and gas. He also said officials have lowered their expectations about growth in Kansas employment and personal income.

“And then you couple that with some of the overall weakness in the worldwide economy and some unknown factors, all of those factors are included, in addition to a list of many other factors, that are considered in the revenue-estimating process,” he said.

The biggest contributors to the lowered estimates were the forecasts for individual income taxes, which officials lowered by $233 million over both fiscal years, and retail sales taxes, which were lowered by $60 million.

Overall, the new forecast predicts total revenues flowing into state coffers to be just over $6 billion this year, or 2.4 percent more than in Fiscal Year 2015, and almost $6.2 billion in the next fiscal year.

By law, both the governor and Kansas legislators are required to use those estimates in crafting the state’s budget each year.

At a Statehouse news conference, Sullivan outlined three options for balancing the budgets for both fiscal years. 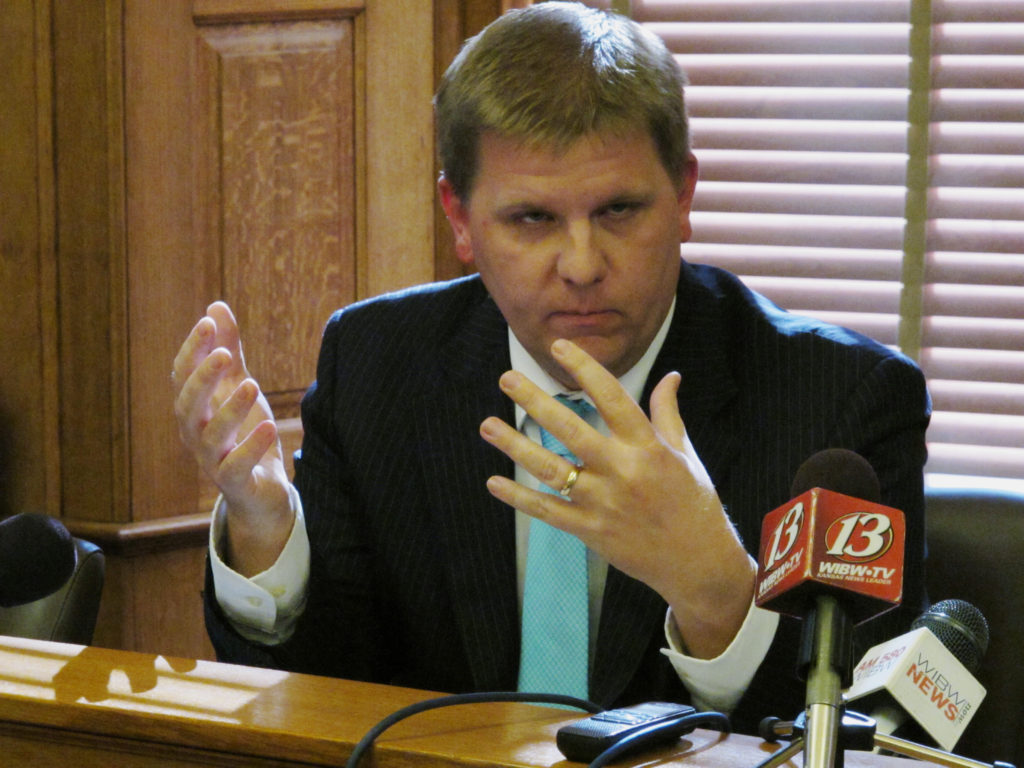 All three options include extending for another year the 3 percent “allotment” cut to state universities, which Brownback ordered for the current fiscal year in response to monthly revenue shortfalls in February. That amounts to more than $17 million each year for all six state universities, including more than $4 million each year for Kansas University and $3.2 million for the KU Medical Center.

All three options also include sweeping $70 million this year and $115 million next year out of the state highway fund. That represents virtually all of the general sales tax revenue that is currently earmarked for highways, and it would mean delaying all future highway expansion projects that are slated as part of the 10-year transportation plan known as T-Works that lawmakers first authorized in 2010.

That would not affect the ongoing South Lawrence Trafficway project or the “Gateway” project in Johnson County because contracts for those have already been awarded, Sullivan said.

In addition to those measures, Brownback’s “Option 1” calls for selling off part of the state’s interest in future tobacco settlement money to raise an estimated $158 million in the next fiscal year, a process known as “securitization,” which lawmakers have previously dismissed out of hand.

Sullivan said the plan calls for keeping roughly $42 million a year in tobacco money, which is currently used to fund children’s programs, including early childhood education and health screenings. And while he conceded it would represent only “one-time money” and would not address the structural shortfalls in the state budget, he said it would be enough to give lawmakers time to address those structural issues through savings and efficiencies that were recommended in a recent report by the consulting firm Alvarez & Marsal.

Still, advocates for those children’s programs said they oppose any attempt to securitize the tobacco settlement.

“Why would we permanently destroy our state’s thriving legacy for early childhood education in exchange for a temporary, one-time budget fix that does nothing to solve the problem?” asked Shannon Cotsoradis, president and CEO of the advocacy group Kansas Action for Children. “Kansas babies and toddlers didn’t create this budget crisis, and they shouldn’t be forced to pay for it.”

Sullivan called Option 1 the governor’s preferred option, but he offered two other scenarios that would likely stir even more controversy.

Under Option 2, in addition to the higher education and highway cuts, Brownback proposes delaying the scheduled repayment of about $92 million, plus interest, to the Kansas Public Employees Retirement System, which Brownback delayed earlier this month in the wake of another monthly revenue shortfall in March.

And under Option 3, he proposes across-the-board spending cuts of 3 percent to 5 percent for all state agencies, including K-12 education and Medicaid.

The cuts to education would not include state aid for bond and interest payments or for “equalization aid” mandated by the Kansas Supreme Court. But it would affect the general block grants that schools now get and would raise new questions about whether the state is providing adequate funding for schools, as required under the Kansas Constitution.

“I’m sure the Legislature would need to consider that,” Sullivan said.

Kansas Democrats were quick to criticize the governor’s plan.

“I think the first thing we should consider is changing the name of our state to the State of Denial, because that’s what this is all about,” said Senate Democratic Leader Anthony Hensley, of Topeka. “They are denying that the tax experiment has been an abject failure, and it’s caused this ongoing budget crisis that we’re in.”

“None of the three options proposed by Gov. Brownback address the underlying problem — a lack of revenue,” said House Minority Leader Tom Burroughs, of Kansas City. “In fact, these short-term ‘fixes’ create a larger long-term problem. Kansans are going to be paying for the mistakes of the Brownback administration for years to come. The only question is how much it will cost.”

The House and Senate budget committees will begin reviewing the new budget numbers and consider the governor’s three options when they get together Thursday and Friday.

Those meetings come in advance of the full Legislature returning to the Statehouse next Wednesday for the start of their wrap-up session.