Jurors in the first-degree murder trial of Ronald Eugene Heskett on Thursday watched the 49-year-old Eudora man in a recorded police interview confess to helping a disabled Lawrence man in his care commit suicide. 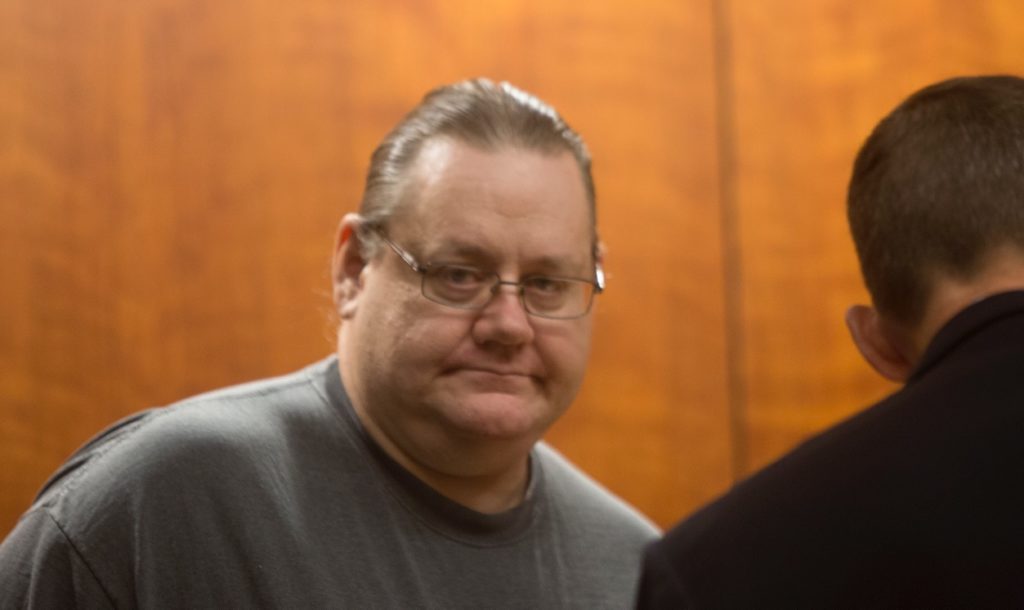 The confession video came Thursday after jurors watched a four-hour taped interview Wednesday in which Heskett denied involvement in the death of his home health care client, Vance “Van” Moulton, 65. In Wednesday’s video, recorded just an hour after Moulton’s death, Heskett said he found Moulton lying with a towel around his neck on the morning of Sept. 12, 2014, dead of apparent asphyxiation. 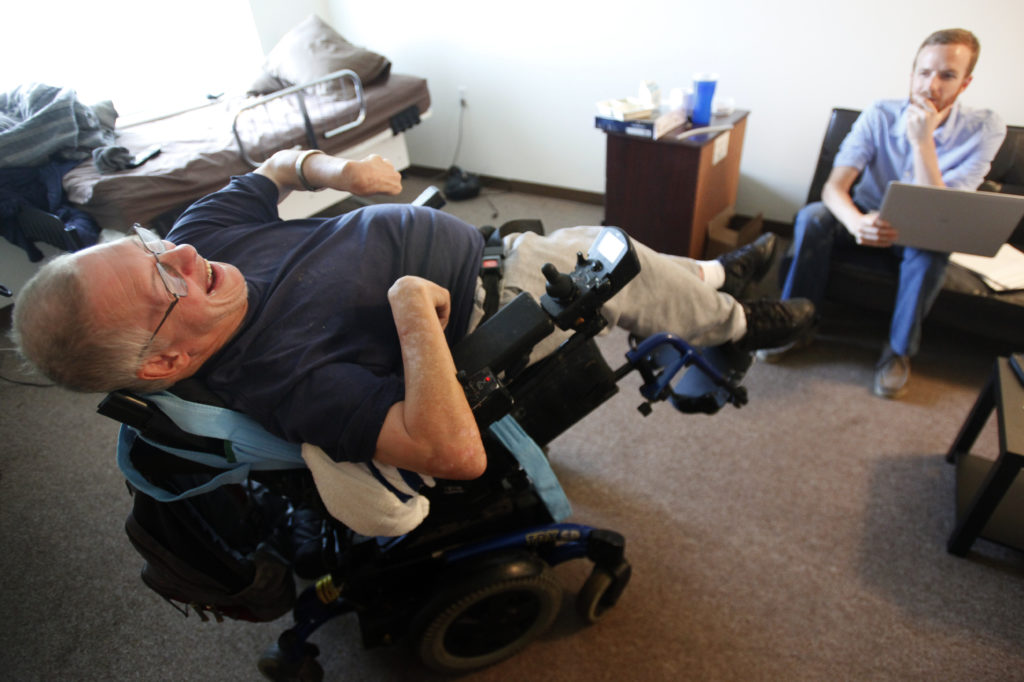 “We talked to the coroner. They had some doubts,” one of the detectives said. “This is not a typical case of suicide.”

On Wednesday, Douglas County Coroner Erik Mitchell testified that it would be “impossible” for Moulton to have asphyxiated himself alone. Moulton had cerebral palsy that left his legs and one of his arms almost completely immobile.

After the detectives mentioned the “doubts,” Heskett grew uncharacteristically quiet in the video.

“Van would not want anybody to get into any trouble with assisting him,” Heskett told investigators. “I don’t want to say anything to get anyone into trouble if that’s his choice.”

But after some time, Heskett eventually incriminates himself, first by saying he rolled up the towel for Moulton because Moulton couldn’t do it himself. Heskett alleged this happened after Moulton asked Heskett to shoot him or smother him with a pillow that morning.

“I told him I’d roll up the towel and I’d just leave it there, but I wasn’t going to do it,” Heskett told detectives. “He told me to leave and go do some errands. I didn’t think that he’d do it.”

Later, more of the story came out. After further questioning, Heskett told detectives that Moulton told him that if Heskett was really his friend, Heskett would kill him.

“(Moulton) said he just wanted to see his mom and be able to walk again,” Heskett said. “He said he wanted to show her what it was like not being crippled.”

Then, Heskett told detectives he notice a towel on Moulton’s pillow, “flipped it around,” then wrapped it around Moulton’s neck and twisted it tight, giving the ends to Moulton to hold.

“Van had trouble holding it,” Heskett said. “He told me he kept losing his grip. He wanted me to tie it tighter for him. I twisted it tighter.”

Heskett said that he kept twisting until he said Moulton’s ears turned purple, then tucked the ends underneath Moulton’s head for Moulton to lie on. Heskett said that it “seemed like forever” before Moulton died, his body “twitching” as his life slipped away.

Heskett told detectives that after Moulton died, he pulled the towel ends out from under Moulton’s body as it twitched from nerves.

“I pulled it out because I couldn’t take it,” Heskett said. “He was twitching around. I just thought if I pulled it out, he’d be all right.”

Heskett said he then checked Moulton’s wrist for a pulse, found none, and sat in silence for a while in Moulton’s room before reporting the incident to his boss.

In the video, detectives were seen leaving Heskett in the interview room alone for approximately 15 minutes. During that time, Heskett pulled a pocket knife from his jeans pocket and began slicing and poking his left wrist with the blade. Watching the ordeal, several jurors winced.

When detectives returned to the room, they immediately disarmed Heskett and called for medics. Heskett had one slice to arm treated, but it was not actively bleeding and detectives described it as “superficial.”

Heskett is heard in the video telling detectives that he cut himself because he felt “so guilty.”

But later in the interview, when detectives asked if he was sorry for helping Moulton die, Heskett said, “I regret helping him, but I’m glad he’s not hurting.”

Harvey said, though, that investigators discovered that about $13,000 was missing from Moulton’s possession after he died. Harvey said he suspected the money may have had something to do with Moulton’s death.

After Heskett’s confession and suicide attempt, detectives asked Heskett about the money and some of Heskett’s finances. Moulton’s money had come from two government checks cashed in April and May of 2014, and had at one point been in Moulton’s safe-deposit box.

Heskett told investigators that Moulton had withdrawn the money and placed it in a dresser drawer in his apartment because he planned to buy a wheelchair-accessible van. But Harvey said the $13,000 in cash was never found, even after investigators searched the dresser drawer.

Heskett had some unusual activity in his bank account in June of 2014, when Harvey said a deposit of about $2,000 was made. Harvey said Heskett also purchased a Chevrolet Chevelle around that time, which stood out because Heskett’s family had limited funds.

The trial will continue Friday. It was scheduled to last through Thursday, but defense attorney Mike Warner said he thought the trial would continue into next week.