Instead of investigating sexual assaults as Title IX transgressions, maybe universities should adjudicate them under a simpler safety code like other actions that pose a danger to campus?

“There’s no real reason we have to abandon this framework in place of a far more difficult claim,” Yung said.

“The hurdles of Title IX litigation are ridiculously high.”

In recent years, KU’s annual Law Review Symposium has focused on topics including human migration, drought and the state of arbitration law. This year’s theme was a closer-to-home subject for many at KU and other universities: Sexual Assault on Campus.

Yung was joined by law and legal studies professors from six other universities nationwide who delivered talks on the subject — and sparked lively academic discourse — at the KU School of Law. Chrissy Heikkila, executive director of the Sexual Trauma and Abuse Care Center (formerly GaDuGi), also presented.

Yung specializes in criminal law and sex crimes and was a member of the KU Sexual Assault Task Force, which met throughout last year. 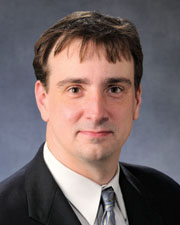 In his presentation, “The Title IX Mistake,” Yung cited concerns with using Title IX to investigate and adjudicate complaints of campus sexual assault.

For one, Title IX views sexual assault through the lens of civil rights when it’s really a safety issue, he said. While typical sexual discrimination cases make sense to view as civil rights issues, the act of rape doesn’t.

Yung also said he’s worried Title IX may not technically apply to victims of same-sex sexual assault, because it could be hard to show they were targeted specifically because of their gender.

Title IX creates a “compliance culture” at universities, and that’s not necessarily the most understandable or helpful for students, Yung said. He said the emphasis becomes on investigations rather than advocacy.

Instead of Title IX, Congress should turn to a uniform student safety code for universities, Yung said.

Even though the criminal justice system may take a long time, such a code would be sufficient to kick a perpetrator off campus — or otherwise discipline them — if a preponderance of evidence showed they are a safety threat. Yung said that would apply to everything from murder to robbery to rape.

Such a code might help “unpack” longstanding cultural and gender baggage associated with rape so the focus could be on safety, he said.

Symposium attendees rebutted, questioning whether most campus rapists are really serial rapists, whether such a system would result in unfair discipline or whether there would be racial and economic disparities in those affected.

For now, Title IX is the “best vehicle that’s currently available” for universities to deal with sexual assault, Yung said, but he believes the system could be better.