Almost 30 years ago, Linda Reimond, of the Lawrence Arts Center, began an arts-based preschool. Just 18 children were in her inaugural class, which took place two mornings a week.

Now, about 120 children are enrolled in the school, Reimond said. Classes take place five mornings and five afternoons a week, and the program employs no fewer than 12 faculty members.

“We’re arts-based and play-based,” Reimond said. “We play a lot, and we use a creative approach for reading, writing, science, math and all those other things you need to know in preschool before you go to school.” 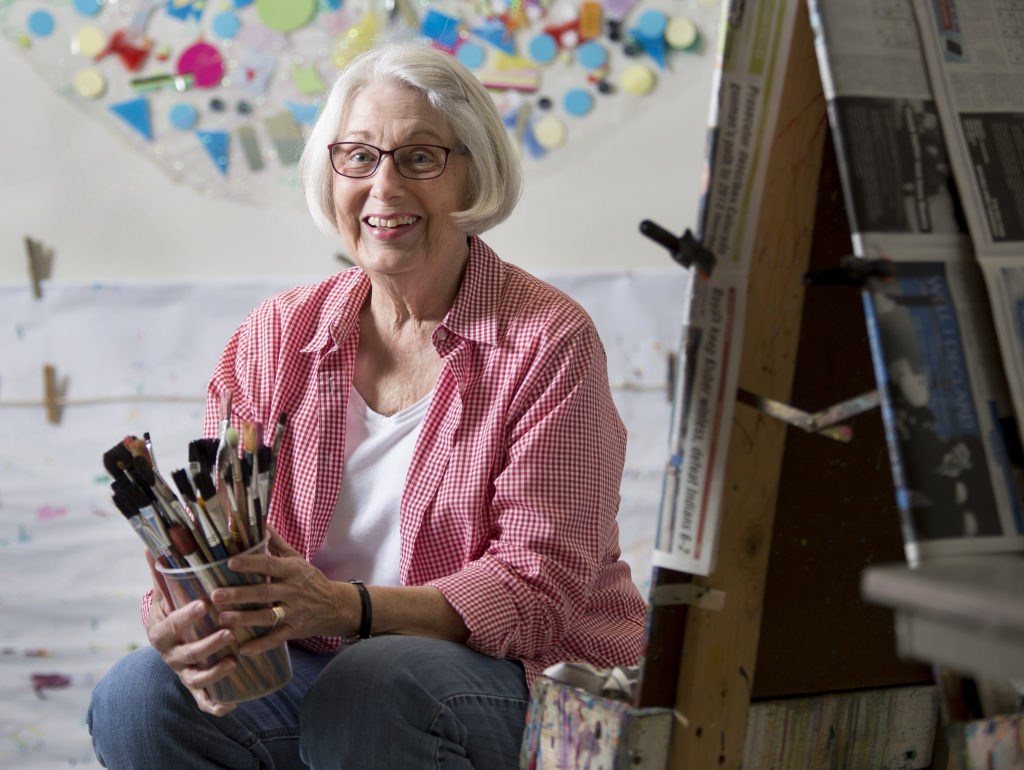 This month, Reimond was recognized with the Henry Ford’s Innovation Nation Teacher Innovator Award. She is one of ten first-place winners across the country, the organization said in a release.

“Linda invented our art space and preschool,” arts center CEO Susan Tate said. “The only one of its type in the country. And for 30 years she has reinvented it and innovated as ideas have come to her and our teachers.”

Reimond said her approach involves letting kids be kids, rather than forcing them to learn everything at the same time, which is often unrealistic.

“They’ll learn to read, but they might not all learn to read at three years and five months,” she said. “Somebody might, but that’s not the norm. There are also kids who really have trouble reading.”

“That’s why I teach a class called ‘Coloring Outside the Lines,'” she said. “Sometimes kids get put in a box and they don’t get a chance to explore and discover on their own.”

Surprised, humbled and honored by the award, Reimond said she plans to keep going, keep innovating and keep teaching.

Judges selected winners for their original and creative approach to teaching, their demonstrated resourcefulness and the positive impact they’ve made, the release said.

First place winners are given a week-long “Innovation Immersion Experience” at The Henry Ford in Dearborn, Mich. The experience includes round-trip airfare, accommodations, behind-the-scenes tours with curators and archivists and a teaching innovation workshop and special recognition ceremony.