Topeka ? The Kansas House and Senate could start acting as early as Wednesday to repeal a 2005 law that requires electric utilities to produce at least 20 percent of their power from renewable resources such as wind by 2020.

Besides replacing the “20 by 2020” mandate with a voluntary “goal,” the bill, which has passed the House and won approval in a conference committee, also reduces the current lifetime property tax exemption for renewable energy projects to 10 years.

What may be most remarkable about Senate Bill 91 is that neither the electric utilities covered by the current mandate nor their customers who pay the electric bills asked for the legislation.

The state’s two largest electric utilities — Westar Energy, which serves Lawrence and most of eastern Kansas, and Kansas City Power & Light — have both taken neutral positions on the bill. And neither reported receiving complaints from customers about the mandate. 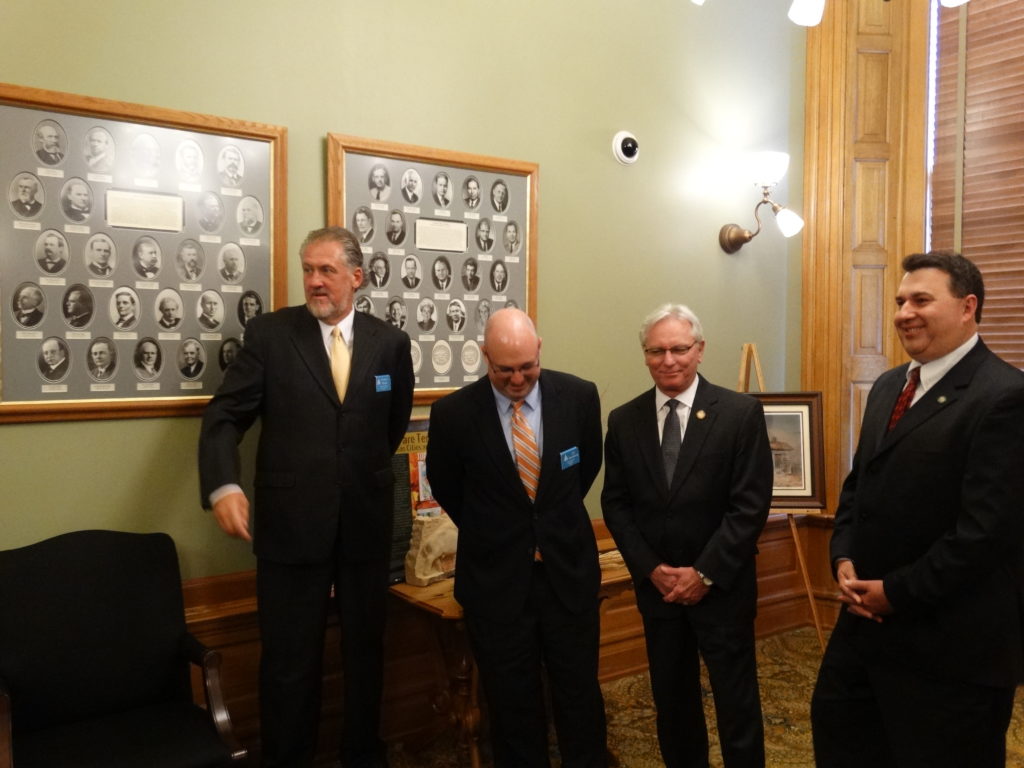 Lobbyists Michael Morgan of Koch Industries, left, and Jeff Glendening of Americans for Prosperity chat with Rep. Dennis Hedke and Sen. Rob Olson, chairs of the House and Senate committees that deal with electric utilities, before a news conference to announce a deal to soften the state's renewable energy standards.

Instead, the bill was the product of intense lobbying from groups that have philosophical objections to mandating how utility companies produce electricity.

“We believe the free market is the best place to decide where energy comes from,” said Jeff Glendening, a lobbyist for the free-market political group Americans for Prosperity, when asked why the bill was introduced. “We believe that’s the most efficient, that consumers will benefit from a free market.”

Also pushing for the bill was the Kansas Chamber of Commerce and Wichita-based Koch Industries, whose owners, billionaire brothers Charles and David Koch, are major funders of Americans for Prosperity and other conservative political groups.

“The Kansas Chamber supports a mix of energy sources, including wind, where demand is driven by a free market and not by mandates,” chamber CEO Mike O’Neal said when the negotiated deal was announced at a news conference May 4 in Republican Gov. Sam Brownback’s office.

The current rule began as a voluntary standard that was negotiated by former Democratic Gov. Kathleen Sebelius. The purpose was not only to help spur development of the wind industry in Kansas, but also to address a growing concern over carbon emissions and their impact on global climate change.

It was later enacted into law in 2009 and was signed by her successor, Gov. Mark Parkinson, as part of a compromise that also involved issuing a permit for a new coal-fired power plant in southwest Kansas. But that plant still has not been built, mainly due to litigation by environmental groups.

Critics of the law say it’s unfair to fossil fuel industries that have to pay severance tax on the value of minerals they extract from Kansas. They also say it forces consumers to pay higher electric rates because renewable energy can be more expensive than electricity from coal or gas.

But others say those claims of higher costs have been exaggerated, and officials at Westar say their customers are not paying more.

“We have been able to meet the requirements under RPS (renewable portfolio standards) and negotiate rates that keep prices in line with the cost of electricity from other resources,” Penzig said.

KCP&L spokeswoman Courtney Hughley said the Kansas City-based company supported the RPS rule when it was first passed, and said the company is still expanding its renewable energy portfolio.

“We have company owned assets and commitments in place that will increase our renewable portfolio to approximately 1,000 (megawatts) of wind, hydroelectric, landfill gas and solar power,” Hughley said in an email. “We believe that we are well positioned to satisfy the voluntary goals in Kansas through 2023.”

A compromise on taxes

The bill actually represents a compromise between the free-market groups and the wind industry in Kansas. The alternative, legislators and lobbyists have said, could have been much more harsh toward renewable energy. 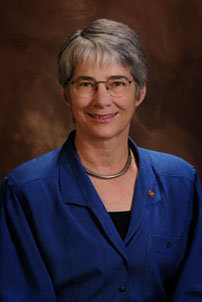 “I think the concern was that other taxes for wind development were part of the packages the tax committees were reviewing,” said Sen. Marci Francisco of Lawrence, the ranking Democrat on the Senate Utilities Committee. “One of those was excise tax (on the value of renewable energy produced). Certainly there could have been a consideration for property tax. A concern was that wind development companies might have been taxed as utilities.”

The bill calls for renewable energy projects to be taxed as commercial property, which is assessed at a lower rate in Kansas than utilities.

Kimberly Svaty, who lobbies for the Kansas wind industry, helped negotiate the package coming up for a vote. Besides the threat of imposing higher taxes on renewable energy, she said the bigger danger was the likelihood of continued legislative battles in future years, battles that she said have already shaken investor confidence in the Kansas marketplace for wind energy.

“The alternative is that the fight continues, instability continues, and investment resources dwindle and start going to our neighbors to the north and south,” Svaty said.

When the compromise plan was first announced, Francisco issued a statement praising the negotiated deal, especially the compromise on property taxes for renewable projects.

But she now says she does not intend to vote for the bill because the concept, including setting a renewable energy “goal,” was never fully discussed by the Senate.

“In previous committee meetings, we had talked about the renewable energy requirement, or standard. But we never talked about what is a reasonable goal for the state,” she said.