A sea of thousands of green-clad people lined Massachusetts Street in downtown Lawrence on Tuesday afternoon to watch the annual St. Patrick’s Day Parade roll by.

Lisa Sanders stood on the concrete steps leading up to Bloom Bath & Body, 704 Massachusetts St., squinting in the sun and watching parade floats pass in front of the business. 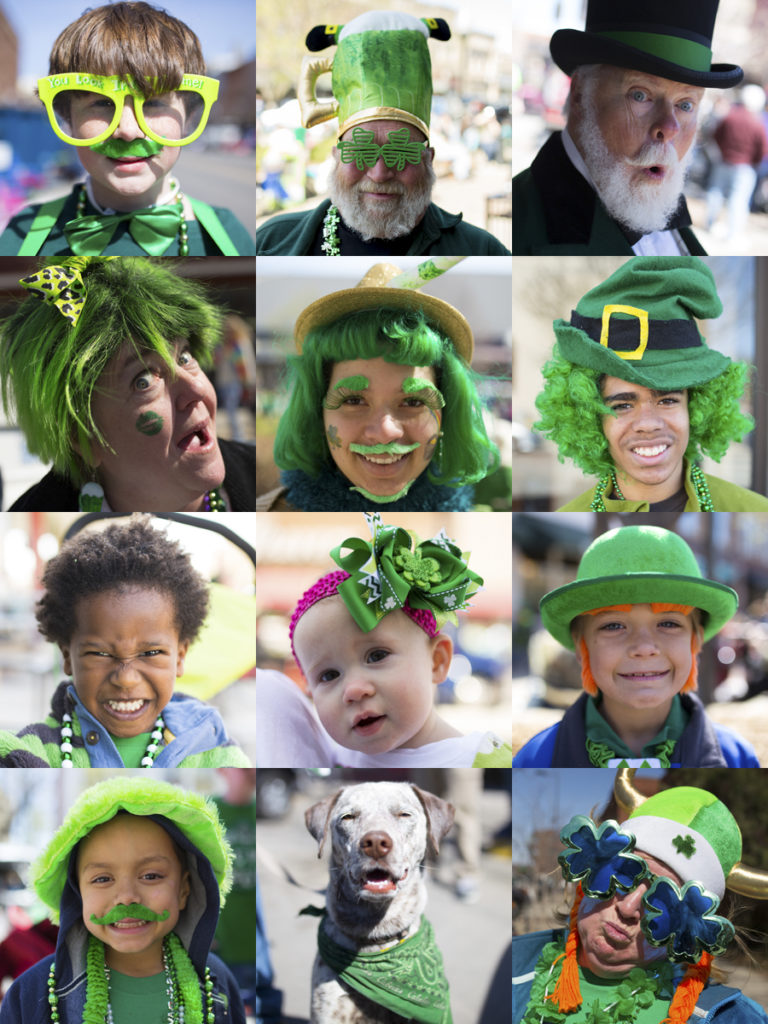 Sanders, the store’s manager, said she was working on the holiday because all the other employees had the day off. Despite being caught at work, she stood with a smile, arms crossed in her green jacket.

“It’s an easy shift. You just watch the parade and occasionally people come in,” she said. “This is a good vantage point for a parade.”

The sky filled with soap bubbles and stray balloons flying off to the great beyond. Parade floats were escorted down the street by walkers, runners, cyclists, dancers and hula-hoopers alike.

A self-described people-watcher, Sanders said she enjoys watching the floats, but her favorite part of the parade is catching the team of Clydesdale horses as they trot past.

Winners from among 2015 St. Patrick’s Day Parade participants are as follows:

Five-year-old Carson Carpenter said he was also eager to see the horses, largely because they remind him of his own miniature horse named Cody, who lives at his grandfather’s farm.

Carpenter sat with his mother, Lisa Carpenter, at the corner of Sixth and Massachusetts streets, waiting patiently for more of the parade to make it their way.

Lisa Carpenter said it was the second year she and her son have made the trip from De Soto to Lawrence for the parade.

“We come for the beautiful weather and the parade,” she said. “And to see some of the old cars and to see what the Sandbar does, they always do something special.”

“And the free candy,” Carson reminded his mother.

Theresa Brown sat in a folding chair half a block away from the Carpenters. As a band of bagpipers began to stroll through the area Brown’s head perked up.

While Brown said she enjoys the parade floats, her favorite part of the parade is the music.

“I like the traditional stuff,” Brown said while keeping an eye on her 8-year-old son as he jockeyed for position on the side of the road. “Plus, I just know I’m gonna find a Guinness somewhere,” she laughed.