McLinn is charged with intentional, premeditated murder in the Jan. 14, 2014, death of Harold “Hal” Sasko, 52, of Lawrence. McLinn lived with Sasko at the time of his death and had previously worked for him at Sasko’s CiCi’s Pizza restaurant. 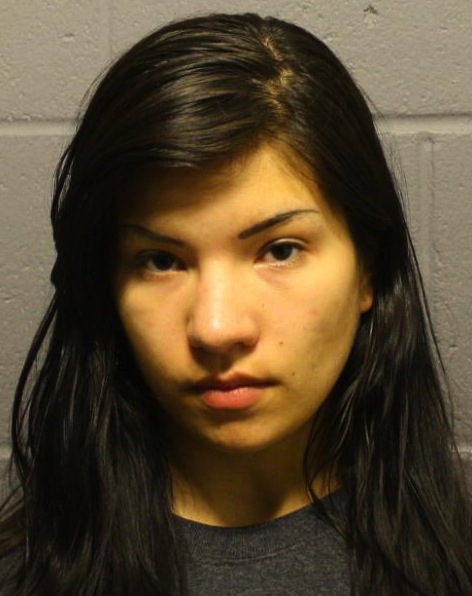 According to testimony at her May preliminary hearing, McLinn put crushed sleeping pills into Sasko’s beer, bound his wrists and ankles after he collapsed to the floor, plunged a hunting knife into his neck as far as she could and sliced ear to ear. She later wrote on the wall in his blood, according to the testimony.

Branson began by assuring potential jurors Monday that though McLinn is charged with first-degree murder, selected jurors will not have to worry about deciding on capital punishment.

“This is not a death penalty case,” Branson said. “That’s off the table, so don’t worry about that.”

Branson is, however, asking for a Hard 50 sentence, or 50 years in prison with no eligibility for parole, if McLinn is convicted.

Branson and Cornwell began at 9 a.m. with 80 potential jurors. By 10 a.m., that number was down to 65, in part because 10 potential jurors have plans next week. Branson said the trial, originally scheduled to last until Friday, could extend into the middle of next week.

By 10:45 a.m., more potential jurors had been dismissed because of personal relationships with the parties in the case. One man said he knew McLinn and was excused because he said his wife conducts weekly bible studies with her. A woman was excused because she said she believed too much in Branson.

“You’re the district attorney,” she said. “I served in the United States Air Force. When we wanted an ace, we put the ace in.”

By noon, another women asked to be removed from the jury panel because she said she gets queasy at gruesome images and it would affect her ability to make a fair and impartial decision. Branson told the court that jurors will have to view photos of the crime scene, including photos of Sasko’s body.

“These photos are not easy to look at. Nobody in this courtroom is going to want to sit and view these images,” Branson said. “You have to park your emotions at the door and decide this case on the evidence.”

Jurors were also cautioned to remain impartial if they have family members close to McLinn’s age.

“You have a young, female defendant in this case who may not be that different than your daughter, sister or niece,” Branson said. “You’re not to decide this case based on your sympathies either for Mr. Sasko or the defendant.”

Jury selection adjourned for lunch at 12:40 p.m. when Branson said he was finished with his line of questioning.

The process resumed at 1:45 p.m. with Cornwell’s questions. Cornwell weeded out just one potential juror, who left the courtroom in tears when he asked her if she would be OK seeing four photos of Sasko “on a morgue slab.” Before Cornwell’s question, the woman had said she’d known Sasko professionally and thought she could remain impartial.

At 3 p.m., District Judge Paula Martin concluded the public jury selection and began individual voir dire, or jury selection. Each potential juror was asked questions in a deliberation room out of the public’s earshot. Cornwell said that due to the nature of this case and his planned use of a “not guilty by mental disease or defect” defense, individual voir dire was essential.

Martin said the move to private questioning was to avoid tainting the entire jury pool and because some of the questions would be personal.

One woman, who asked not to be named, said attorneys asked her what she knew about the case during her individual questioning. She said she was dismissed as a possible juror after she told them she’d followed McLinn’s story in the media and had already formed an opinion on the matter.

Martin said she expected jury selection to conclude Tuesday morning. She said the trial will likely begin mid-Tuesday with opening statements after the jury is announced.

Reporter Caitlin Doornbos will live tweet the McLinn trial throughout the week. Follow her online at www.twitter.com/CaitlinDoornbos.