Where do chefs and restauranteurs like to eat when they’re not in the kitchen?

We posed that question to some of Lawrence’s best and brightest culinary minds, and the results might surprise you. Turns out, even the highest-profile chefs with the most refined food palates in town reach for their favorite comfort food at the end of a long day. 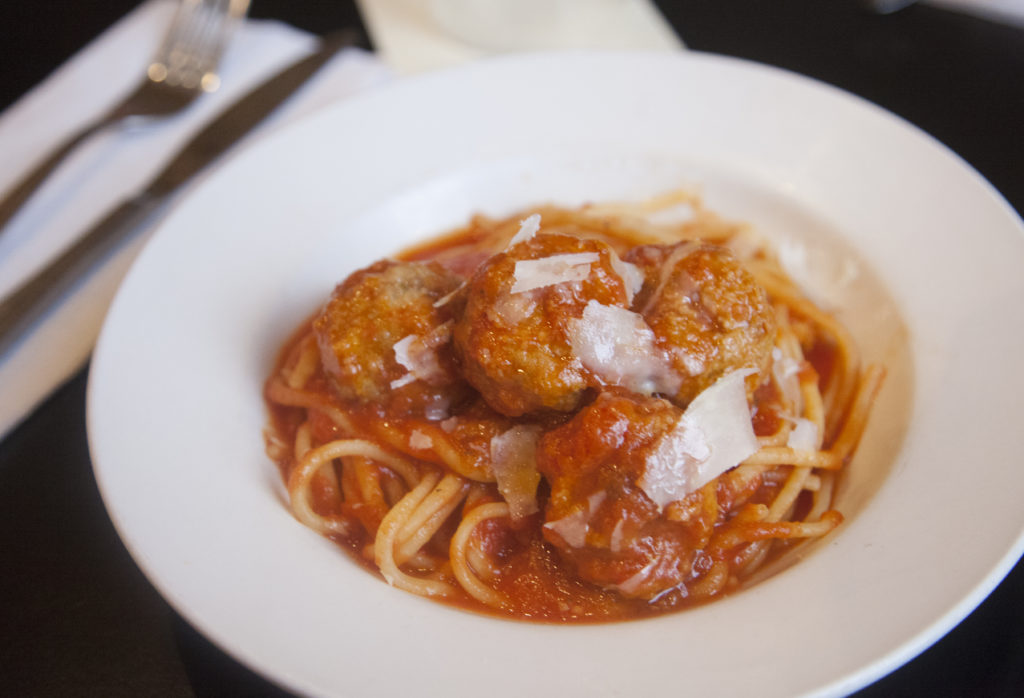 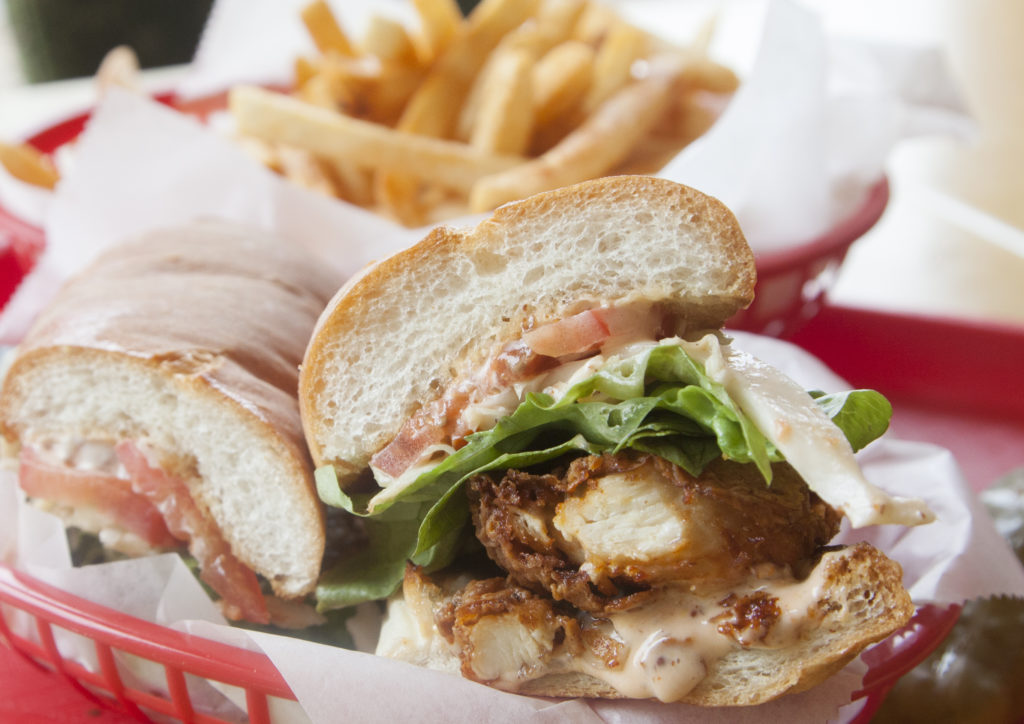 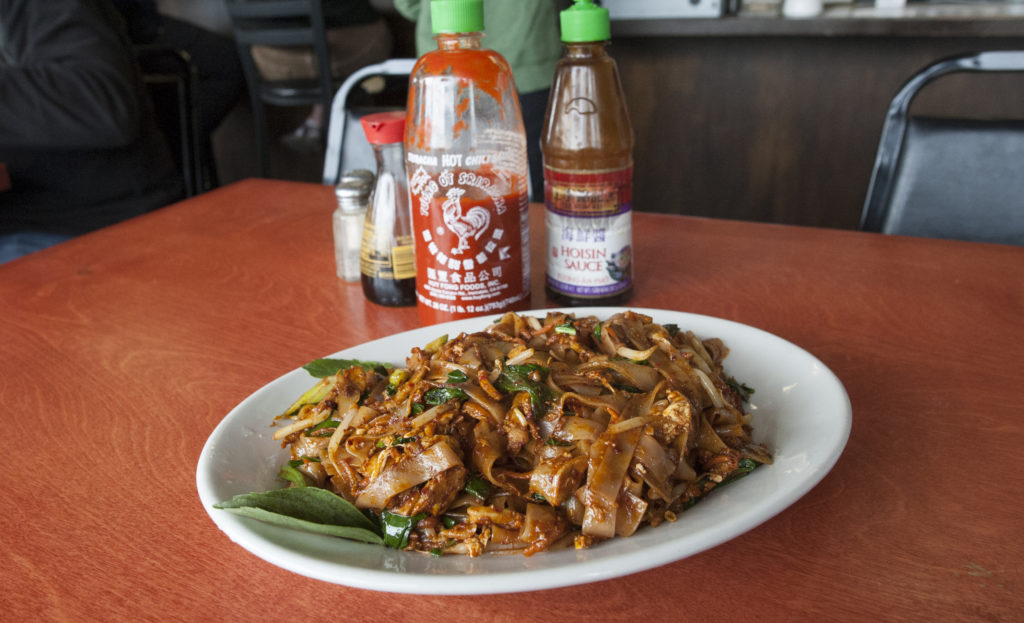 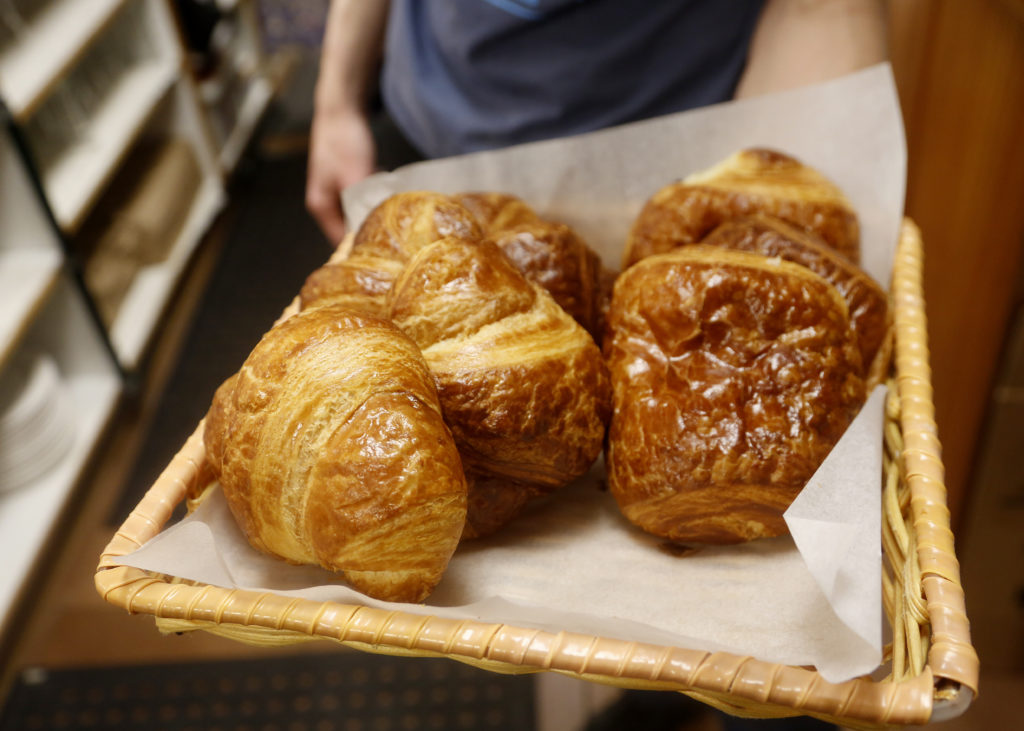 Rick Martin likens 715’s spaghetti and meatballs to a cartoonist’s rendering of the dish.

“It’s this perfect, rounded pile of these round noodles that are monochromatically red with the sauce, studded with these little meatballs,” he says of his “hands-down” favorite. “I think if you drew a cartoon picture of it, that’s what it would look like.”

In Martin’s mind, the homemade pasta is almost like a work of art. Growing up in his family, spaghetti dinners always meant something easily thrown together in a big pot of sauce.

But at 715, “there’s a lot of thought that goes into it,” starting with the hero of the dish — perfectly cooked, freshly made pasta.

“That’s what this dish is about: pasta. Everything else is an accessory,” Martin says. “So the pasta should be perfect by itself.”

The restaurant offers two varieties of spaghetti — one with marinara, another with olive oil. For $5, customers can add three meatballs, as Martin does, or veggies for $4.

Vaughn Good first fell in love with Terrebonne Café’s fried-chicken po’boy one day this summer. He’s returned to the sandwich just about every Monday since, when Terrebonne offers it as a $6.50 special.

Customers can munch on Terrebonne’s other po’boys — a Louisiana version of the submarine sandwich, for the unfamiliar — week-round, with a choice of shrimp, grilled chicken, catfish, crawfish, andouille sausage, gator, oyster or portobello.

As for Good, he’s not sure what makes the fried-chicken po’boy his favorite meal in town, other than the obvious:

Ken Baker, former chef and proprietor of Pachamamas (The restaurant, which was located at 800 New Hampshire St., closed its doors last month after almost 15 years in business.)

The life of a chef is hectic, admits Ken Baker. But whenever he’s got a few minutes to spare, Baker braves the traffic along 23rd Street to pay a visit to Little Saigon Café.

Owned and operated by the Nguyen family, the tiny Vietnamese eatery boasts plenty of tasty fare (Baker likes the bánh mì, pho and bún) but the spicy drunken noodles ($10.95) remain his favorite.

“It’s something Steve [Nguyen] suggested for me one time when I was at the restaurant, and I was like, ‘I don’t know what to eat, man. You gotta hook me up,'” Baker recalls.

The dish consists of wide rice noodles and “rich gravy,” plus chiles, Thai basil, scallions and chicken — though Baker usually orders his with pork.

It’s a filling meal that “gets you through the day,” Baker says, especially in frigid winter temperatures.

“You look at this giant plate of noodles, and you’re like, ‘There’s no way I’m ever going to crush this,'” Baker says. “And seven or eight minutes later, you’re like, ‘I wish I had more.'”

Matt Hyde, partner and manager of 715 at 715 Massachusetts St.

It may be his “ultimate favorite in this town,” but you won’t see Matt Hyde enjoying a WheatFields croissant ($2.99) every day of the week.

“There’s always a couple months in between, and then all of a sudden I remember, ‘That’s what I want!'” Hyde says of the WheatFields pastry, which he first sampled during a brief stint at the bakery in 1996. “You can imagine how many hundreds of dollars I’ve spent on those over the years.”

Part of its appeal lies in that “nostalgia factor,” says Hyde, who says he’s sampled countless croissants over the years, including those in Italy. None could compare to “the flavor, the texture and the crumbs” of WheatFields’ croissant.

That, and walking down Vermont Street with the smell of freshly baked bread wafting under your nose.

“To me, it’s one of the most perfect foods in this whole city,” he says. “It’s just a special thing.”

Much of Jesse Bonebrake’s busy schedule is spent cooking up elegant meals such as pan-fried trout filets and lobster macaroni at Mariscos. Every once in a while, though, he likes to put on a hooded sweatshirt and grab a burger at Steak ‘N Shake — more specifically, the Wisconsin Buttery Steakburger.

Bonebrake likes the “anonymity” of the experience, which gives him a chance to pull up a seat behind the counter and watch Steak ‘n Shake line cooks make his burger — fresh, never frozen. There, away from the sophistication of the downtown dining scene, he’s just like any other customer.

“It’s just a classic, old-style burger. Nothing too fancy, no truffles or anything weird on it,” Bonebrake says of his beloved Wisconsin. “Just right, the way I like it.”

The burger is made with “real Wisconsin butter” (as Steak ‘n Shake advertises), then covered with American cheese and grilled onions. Of course, Bonebrake likes to substitute cheddar cheese and doctor it up with fresh onions, lettuce, tomatoes and pickles. The Wisconsin is priced at $4.79 for a double, though Bonebrake prefers a single patty.

“I usually get it with the shoestring fries and the pepper vinegar,” he says. “Then I’m pretty much set.”