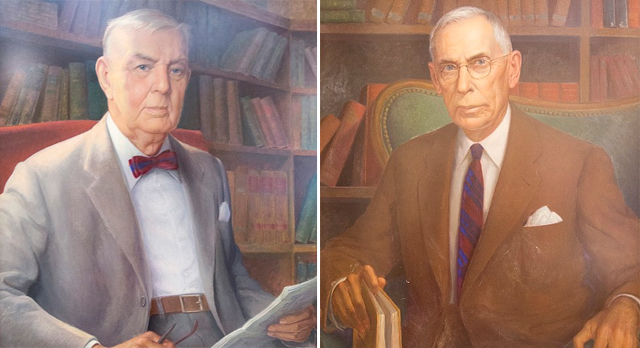 The McCollum brothers were born close together, attended Kansas University together, made scientific history in their respective fields together and — for almost 50 years — had their painted portraits hanging together in the KU residence hall named for them.

With McCollum Hall closed and facing the wrecking ball later this year, the brothers have been split up.

But instead of hanging in a lobby nook traversed primarily by freshmen of all majors, the portraits of Elmer and Burton McCollum will now overlook KU students studying their respective sciences on West Campus. 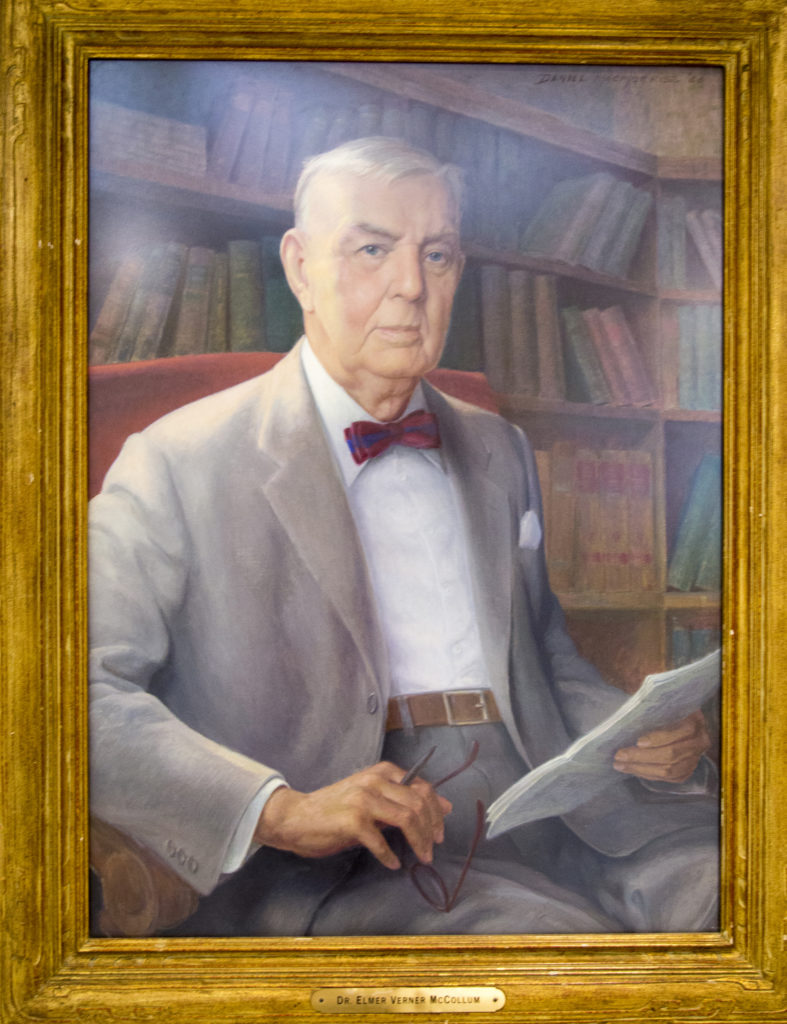 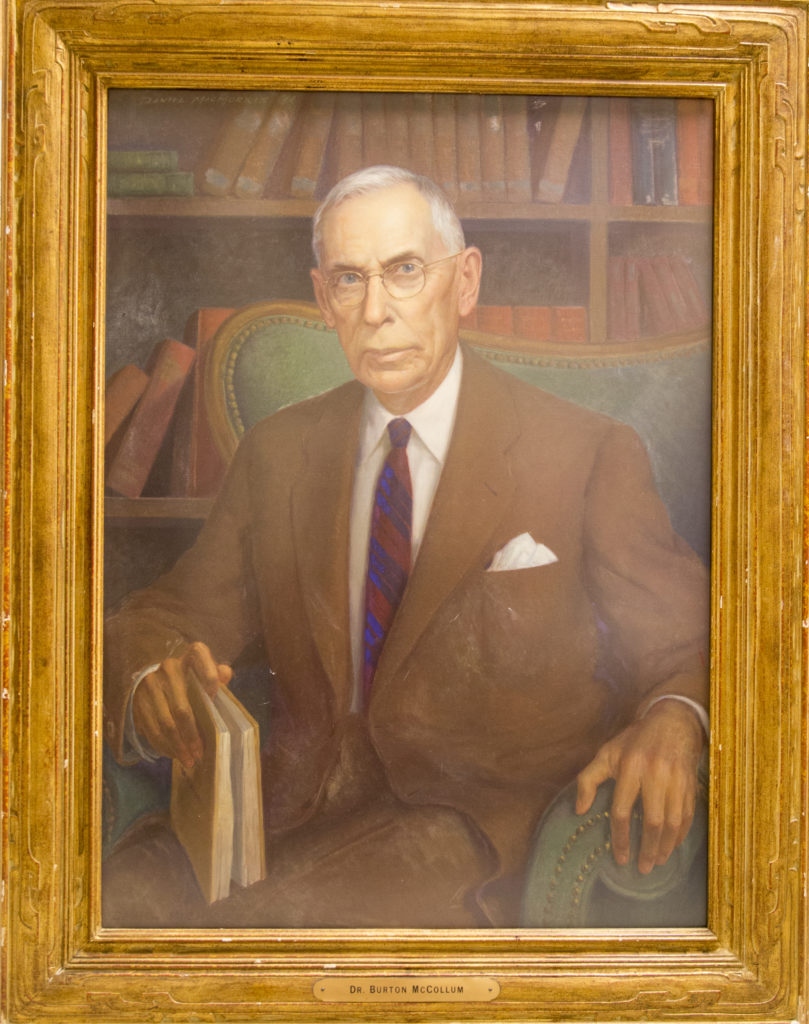 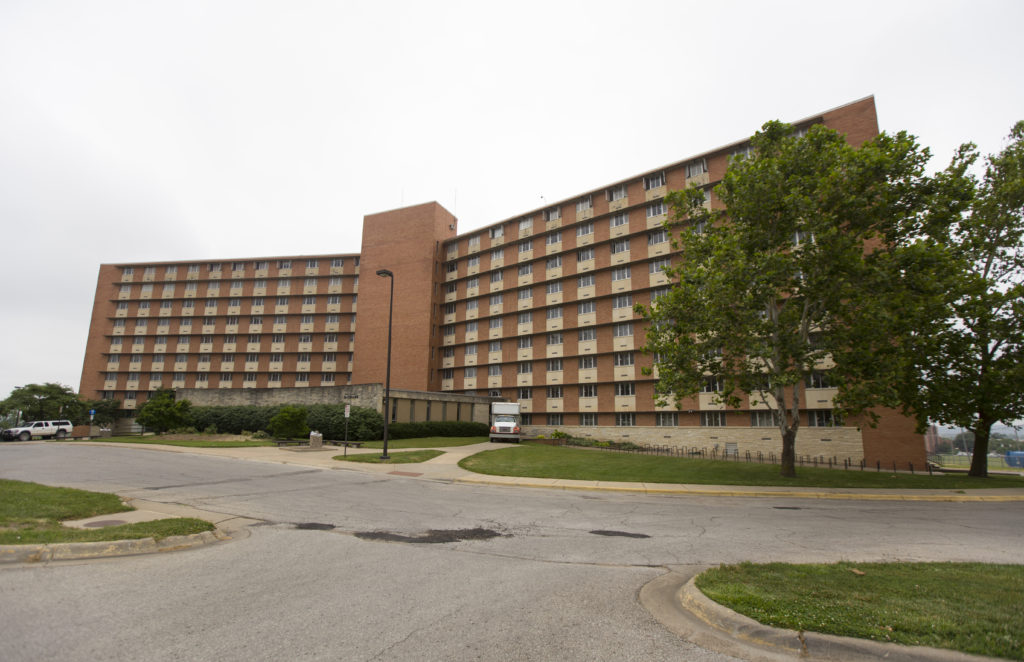 McCollum Hall on the campus of Kansas University, pictured on July 2, 2015.

Elmer, who specialized in nutrition, now hangs on the third floor of the School of Pharmacy.

Burton, whose work led to breakthroughs in oil drilling, is at the Kansas Geological Survey, awaiting a spot to be chosen for display.

Both portraits were painted in 1966 by celebrated area artist Daniel MacMorris, best known for painting murals at the Liberty Memorial and the downtown Kansas City Public Library in Kansas City, Mo.

Kevin Boatright, director of external affairs for KU’s Office of Research, knew about the portraits and the McCollums’ contributions to science.

When he heard McCollum Hall — which is being replaced with two new dorms opening this fall — would be razed, Boatright began to wonder: Would the brothers end up in a basement somewhere, never to be seen again?

Hoping not, Boatright made some calls and, with the blessing of KU Housing, helped secure the portraits’ new homes.

“Both of these people were famous in their respective professions. It’s just amazing that they were brothers, and they both went to KU,” Boatright said.

“We don’t want to forget what they accomplished.”

The brothers, who grew up on a Kansas farm, graduated from Lawrence High School and later KU.

According to inscriptions that accompany each painting:

Elmer, born March 1, 1879, is credited with discovering vitamin A and vitamin D.

At the College of Agriculture of Wisconsin he devised a method of studying the nutritive needs of young rats, leading to the discovery of vitamin A — deficiency of which was a principal cause of blindness in people — and the overall science of nutrition.

In 1922, while working at Johns Hopkins University, he discovered vitamin D, the deficiency of which causes rickets, a widespread problem in infants and children at the time.

Burton, born June 1, 1880, was best known for his work in using sound waves to locate oil.

He taught physics at KU before going to work with the U.S. Bureau of Standards. With the bureau, “he conceived the idea of locating the humps or folds in rock strata under which petroleum is trapped through sub-surface exploration by means of recording echoes from shock waves sent into the earth.”

He designed instruments which he deployed into oilfields of Oklahoma and Mexico, and went on to be highly successful in the business of surveying territory and establishing drilling sites.

McCollum Laboratories on West Campus is named for Burton McCollum, whose estate funded its construction. Boatright said that building already has a different portrait of Burton inside.