Sexual violence and related complaints doubled at KU in 2014 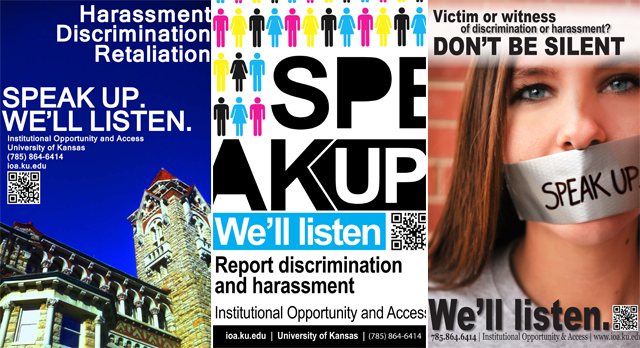 Three Office of Institutional Opportunity and Access posters encouraging Kansas University students to report discrimination and harassment are shown in this composite image. 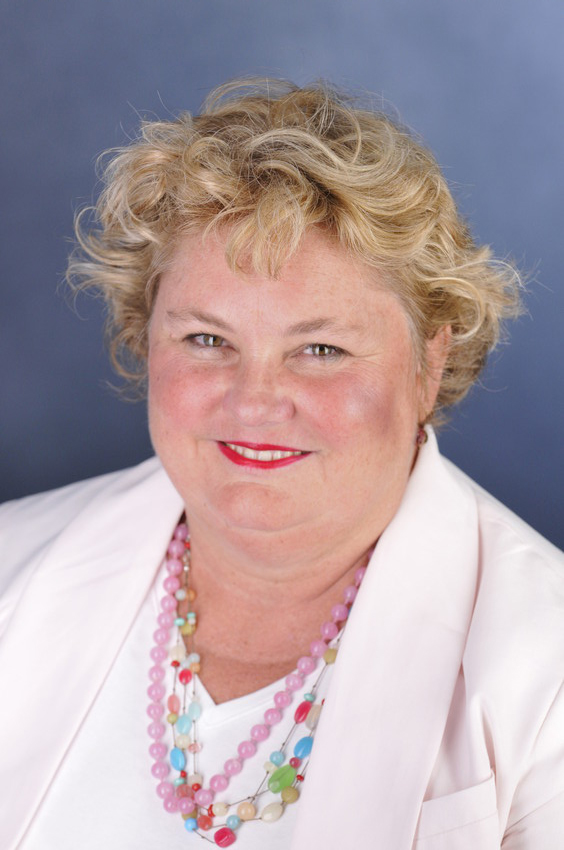 Kansas University’s Office of Institutional Opportunity and Access received almost twice as many complaints in 2014 than the previous year, and more than two-thirds of the new cases relate to Title IX.

McQueeny’s office is charged with investigating all types of discrimination, but she said the majority — 120 — of last year’s complaints fell under the category of Title IX. The federal law requires campuses to ensure access to education free from sexual harassment, sexual assault and domestic violence.

McQueeny attributes the spike in complaints to more reporting driven by increased awareness.

She estimated half of the 2014 complaints came in after September, after media reports on alleged rapes at KU fueled student outrage. KU’s Sexual Assault Awareness Week was the same month.

The Title IX related cases almost exclusively involve women filing complaints against men, McQueeny said. A few involved faculty but most were student-on-student. Also, she said, most involved KU students who live in on-campus residence halls but were allegedly assaulted at off-campus locations or parties.

Keeping up with the glut of new investigations has been challenging, McQueeny said. In the fall her office added two new investigators, bringing the total to four.

“We push really hard, and sometimes it’s a very difficult balance” of pressuring a traumatized victim too much and fulfilling the university’s obligation to conduct an investigation, McQueeny said.

About 40 percent of complaints in 2014 resulted in thorough investigations, McQueeny said. In those that don’t lead to full investigations, the office routinely implements interim measures to ensure alleged victims feel comfortable on campus.

McQueeny said her office was working to compile more specific aggregate data about its cases as time allows but that completing outstanding investigations was a priority.

She said 28 complaints from 2014 remain open, and there have been five new complaints filed with her office so far in 2015.

McQueeny said her staff is pursuing some grant money as well as initiatives to increase education about the issue of sexual assault.

The Sexual Assault Task Force invited McQueeny to talk about what her office does and what challenges it faces.

The Task Force, created last fall by Chancellor Bernadette Gray-Little, is charged with studying and recommending ways to improve how KU responds to and prevents campus sexual assault.