Creator of KU’s most famous bronze sculptures dies at 95 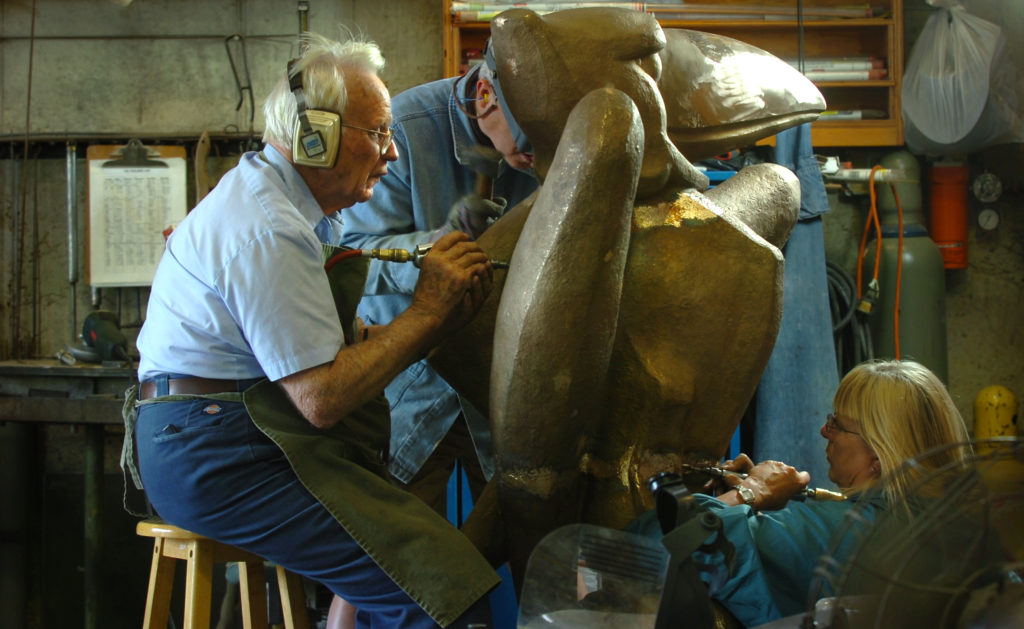 In this file photo from 2006, Lawrence sculptor Elden Tefft works along with Mary Weisert, right, and his son, Kim Tefft, back, to finish a replica of his 1958 sculpture Academic

A bronze sculptor and professor emeritus who created some of Kansas University’s most iconic public art died this week.

Elden Tefft’s Academic Jay stands alert in front of Strong Hall, and his monolithic Moses kneels outside Smith Hall, across from the Kansas Union. Another Tefft sculpture is not as well-known yet but should be soon — a larger-than-life bronze of James Naismith seated with peach baskets is set to be placed outside the DeBruce Center, being built to house Naismith’s original rules of basketball.

“Elden’s pieces are such an integral part of Mount Oread — pieces such as ‘Moses’ and ‘Academic Jay’ — that it’s nearly impossible to imagine our campus without them,” KU Chancellor Bernadette Gray-Little said in a statement. “The university is privileged to be a home for these iconic works and to have had Elden as part of our Jayhawk community.” 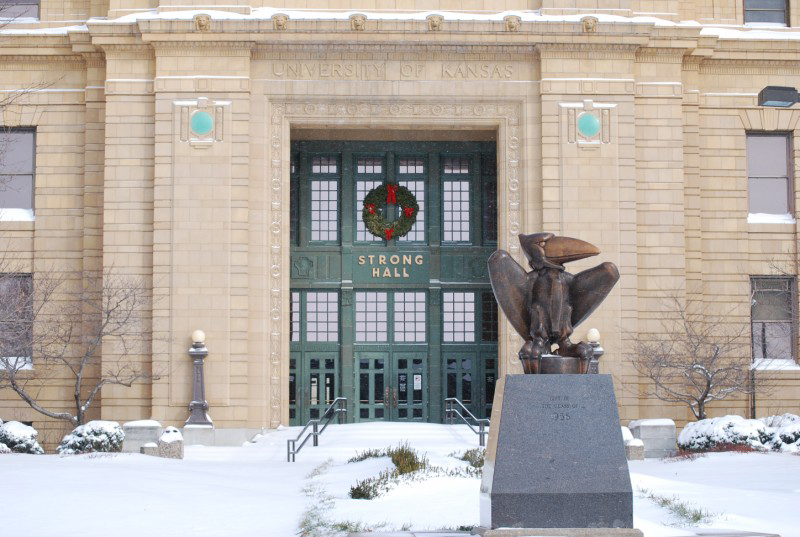 Until recent months, when he cut back to a time or two a week, Elden Tefft often spent Monday through Saturday working in his studio, his son said.

Tefft had as much passion for teaching art as he did for creating it.

“It was just what he loved and who he was,” his son said. “He always was about learning, and passing that on to others.”

Tefft was born in Hartford and later moved to Lawrence, where his passion for sculpture started as a high school student, according to his obituary. He joined the Air Force during World War II and even developed an art therapy program for wounded soldiers in the South Pacific. Tefft completed bachelor’s and master’s degrees at KU and went on to teach at the university from 1950 to 1990.

Tefft built the first “lost-wax” foundry on a university campus at KU, which enabled artists to complete the creation and casting process themselves from beginning to end and made KU a teaching center for this type of art. He is credited with organizing a national sculpture conference at KU that grew into the International Sculpture Center, now based in New Jersey. Tefft’s honors include the Kansas Governor’s Arts Award for Lifetime achievement.

Kim Tefft is currently working to complete casting on the Naismith sculpture his father designed. KU Endowment is funding the artwork to locate at the DeBruce Center adjacent to Allen Fieldhouse, on schedule for completion later this year, according to Rosita McCoy of KU Endowment.

Tefft’s other sculptures in town include the Chesty Lion at Lawrence High School and the limestone “Keepers of our Universe” at Burcham Park. On campus, his bronze portraits of KU figures include Donald Swarthout and William Allen White.

Tefft’s family will greet friends from 3 to 5 p.m. Sunday at Warren McElwain Mortuary. A memorial service is planned for 2 p.m. Monday at the mortuary with private interment at a later date.