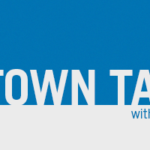 The city is seeking reimbursement from The Oread hotel for money overpaid to the business through a redevelopment agreement, Mayor Mike Amyx said Tuesday. The overpayments were found during a city-ordered audit of the hotel’s special taxing district.

After a 45-minute closed executive session at the end of Tuesday night’s City Commission meeting, Amyx said commissioners had received a briefing on the Oread tax district from Allen, Gibbs & Houlik, L.C., a Wichita-based auditing firm. The city entered into an arrangement with the firm in April to evaluate sales and use tax transactions, receipts and reimbursements connected to The Oread Hotel’s Tax Increment Financing District, but officials have not said why the audit was initiated.

Amyx said Tuesday the firm had prepared a report, “appropriate portions” of which will be released on the city’s website Wednesday afternoon.

Commissioners unanimously approved a motion that directed city staff to provide the final report to The Oread Inn and Oread Wholesale, L.C.

That motion directed staff to also “seek reimbursement from Oread Inn for the amount overpaid to Oread Inn in the redevelopment agreement,” Amyx read.

After the meeting, Amyx said he would not comment further on the audit’s findings.

The only other commissioner who commented about the issue during the meeting was Vice Mayor Leslie Soden, who thanked city staff for “all your work on this.”

The city’s agreement with The Oread allows private developers of the hotel to keep a large amount of the sales taxes generated there to pay for parking and other infrastructure. According to city documents, the special taxing district has generated more than $2 million for the development group.

The “Understanding of Engagement” with Allen, Gibbs & Houlik states, “At the conclusion of our engagement, we will submit a report outlining the procedures performed and our findings, including any questioned sales and use tax reimbursement issues.”

The city paid an hourly rate of $150 for the evaluation, with an estimated total fee of $10,000 to $15,000, according to a document outlining the city’s arrangement with the firm.