That was only about half of the $12.3 million that lawmakers set aside for that purpose this year, and it was about $9 million less than districts had actually requested.

“This is the first time we’re trying to figure out what is an extraordinary need,” Brownback said after the meeting.

Kansas lawmakers set aside money for extraordinary needs in the same bill this year that abolished the old school finance formula and replaced it for two years with a system of block grants. 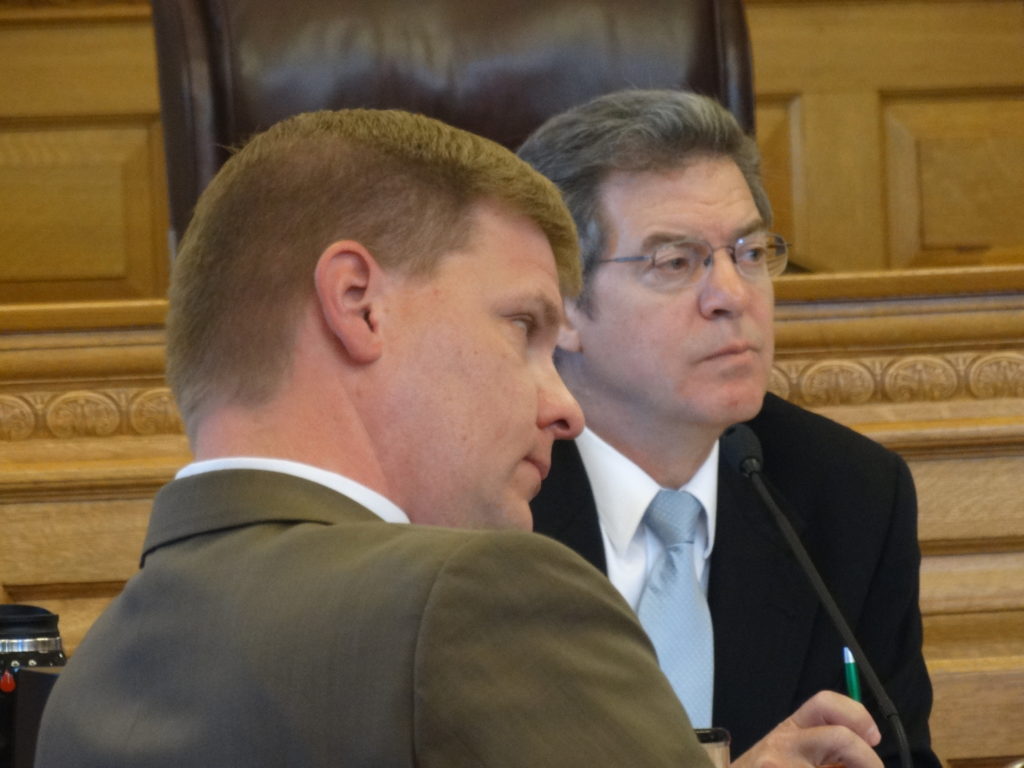 That law authorizes the State Finance Council, a group made up of the governor and legislative leaders, to receive applications for the money and decide how to distribute it.

The Lawrence school district did not apply for any of the funding. Superintendent Rick Doll said in an email last week that Lawrence expects only moderate enrollment growth this year, and its assessed valuation is expected to be higher than last year.

Under the new block grant system, school districts were supposed to receive roughly the same amount of state aid this year and next year as they received for the 2014-2015 school year. Most, however, including the Lawrence school district, will actually receive less because of changes in the way certain kinds of aid are calculated.

Critics of that plan have complained that it makes no provision for enrollment growth or changes in local property valuation. Although districts can make an application for the additional aid, many have said the amount set aside is insufficient.

But Republican leaders on the panel said the new process gives them more flexibility to address unique needs in particular districts.

“The block grant bill is designed to be a bridge to a new system for financing education in Kansas,” said House Appropriations Committee Chairman Ron Ryckman Jr., of Olathe. “In addition to appropriating funds to districts in need, the process has highlighted the flaws in the old system.”

But Democrats on the panel remained harshly critical of the process.

“Cutting school funding and then making school districts come hat-in-hand to Topeka to ensure they have enough money to meet the needs of their students is a disgrace,” Senate Democratic Leader Anthony Hensley of Topeka said. “It is laughable that Republican leaders are patting themselves on the back for approving significantly less funding — or none at all — for districts facing extraordinary circumstances and calling it an improvement on the previous formula.”

Shawn Sullivan, Brownback’s budget director, said this year proved to be especially difficult because many districts have seen huge reductions in property values, due mainly to declining oil and gas prices, something that has greatly affected districts in western and central Kansas.

For example, the Satanta school district in southwest Kansas, which has the highest property value per pupil in the state, has seen its assessed valuation cut nearly in half in the past year.

Other districts, including Garden City, asked for additional money because of large property tax appeals that will force them to repay property taxes from prior years to large industrial and commercial property owners.

All told, 22 districts applied for roughly $6.5 million in additional funding based on property value declines, and 18 districts submitted applications totaling $8.2 million based on enrollment growth.

After reviewing the applications, Sullivan recommended setting some thresholds for funding. He suggested the Finance Council only fund declining valuation greater than 5 percent and that it only fund enrollment growth greater than 1 percent.

Sullivan also recommended not funding requests based on losses due to property tax appeal lawsuits.

He also recommended not funding the Wichita school district’s request for $980,000, which was based on an expected influx of more than 200 refugee students from war-torn countries in Asia and Africa, people who were sponsored to come to the United States by social service organizations in the Wichita area.

On the valuation declines, the Finance Council accepted Sullivan’s plan, which translated into just $4 million in funding requests.

But for the requests based on enrollment growth, Senate President Susan Wagle, R-Wichita, pushed to set the threshold higher, requiring at least 2 percent growth before qualifying for the additional aid.

“Most businesses allow for more fluctuation than that,” Wagle said. “Two percent can easily be accommodated in the classroom without additional personnel.”

But the council did agree to come back in October to revisit the Wichita school district’s request for refugee education.

Wichita Superintendent Jon Allison said those students have special needs for English language education and other services because most of them arrive here with limited or no exposure to Western culture or lifestyles.

Brownback said Kansas receives many refugees, primarily in the Wichita and Olathe areas. And while there is limited federal funding available to pay for basic needs such as food, clothing and housing, he said there is no funding to defray the educational costs to states.