Faculty who collect, move big data will be priority recipients 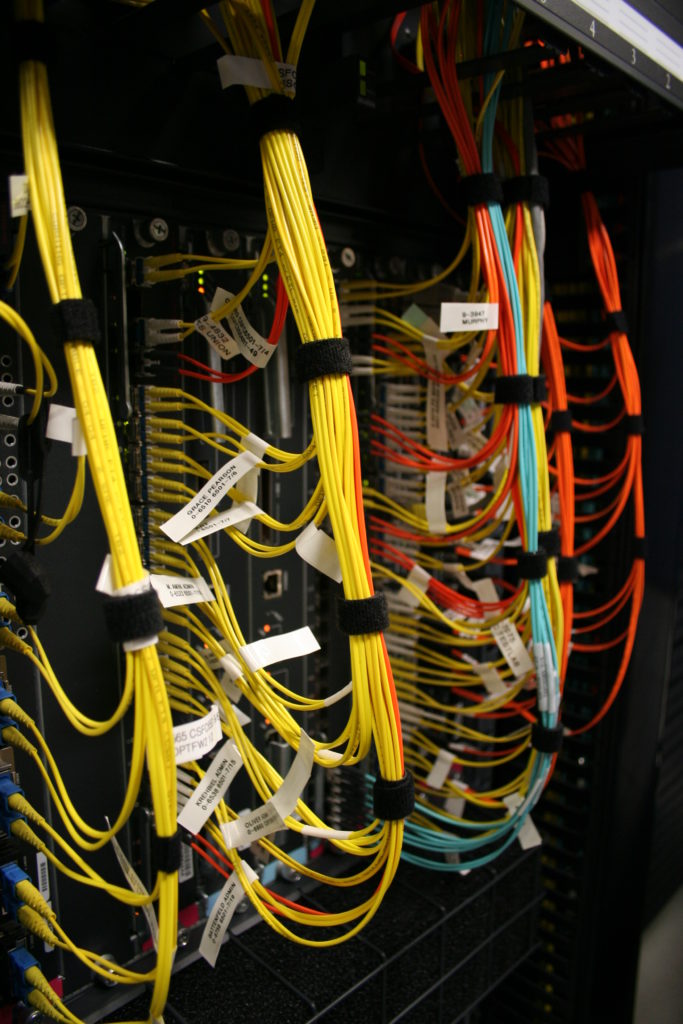 You’re gaming, streaming movies on Netflix, playing that online video lecture before engineering class. Sure, high-speed Internet would be nice.

In his lab at Haworth Hall, he has a very large microscope that’s taking rapidfire 3-D images of synapses that measure 20 nanometers across. The images are so big they could be blown up to wall-size — and shot so quickly that a day’s work yields a 13.5 terabyte dataset.

He then shares this huge data set with other researchers — in Stockholm, via the International Neuroinformatics Coordinating Facility. 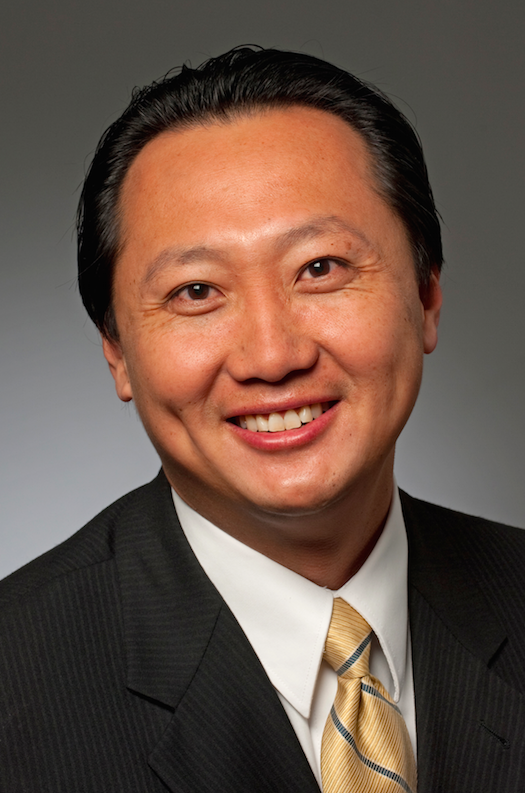 As Lawrence and other area cities tussle over how and where to deploy 1-gigabit Internet, it’s data-amassing researchers like Rosa-Molinar who have Kansas University shooting for something next-level. KU, according to IT leaders, plans to light up 100-gigabit Internet on campus by mid-2016.

Though the speeds don’t trickle down to every desk within, KU has had 1-gigabit Internet connections to all its buildings except residence halls for several years, said KU Chief Information Officer Bob Lim. It’s had 10-gigabit connections in at least eight buildings since 2014, including Learned, Lindley and several West Campus labs.

However researchers at KU, like other major research universities, are dealing with increasingly large data sets that they say require increasingly faster Internet speeds to do anything with.

“When I started, I said 1 gigabit is not enough. Now we’re getting 10, and we can move things. But 10 is not enough,” Rosa-Molinar said.

“The explosion in technology and the way that we prepare things for that technology is what’s allowing the acquisition of big-image data, and that is going to require the infrastructure to move it.”

Even though KU has 1- and 10-gigabit capacity to buildings, access within the buildings is patchy.

KU is installing infrastructure needed for those speeds to reach more workstations as time and funds allow, said Eric Freeze, deputy technology officer for KU IT.

New buildings are being constructed with the infrastructure already built in — Capitol Federal Hall, for example, will have multiple 10-gigabit uplinks when it opens next year, Freeze said.

For old buildings, the process requires retrofitting cabling and equipment, which is more time-consuming and costly, he said. There are more than 200 buildings on the Lawrence campus.

KU is prioritizing deployment based on need, and the labs of researchers who rely on big data are prime candidates, Freeze said.

Here’s Lim’s case for bringing the 100-gigabit Internet to researchers:

Planning for 100-gigabit is still in early stages. Lim said KU IT wasn’t ready to release a budget for the project or answer exactly how many locations would get 100-gigabit service, and when.

City on its own

KU has underground fiber capable of delivering 100-gigabit Internet to the main campus and several KU facilities at other locations around town.

But even though some of that fiber runs beneath Lawrence homes and businesses, KU’s high-speed Internet is not up for grabs outside the KU community.

Those speeds are being delivered to KU through a special provider just for schools, the Kansas Research and Education Network, or KanREN. Freeze said KanREN is the same network used to deliver 1- and 10-gigabit internet to other Kansas Board of Regents universities.

The city of Lawrence is working with other Internet providers to bring 1-gigabit service to off-campus Lawrencians.

Lawrence now has a ring around the city of what’s called dark fiber, said Brandon McGuire, assistant to the city manager. The fiber is capable of and ready to deliver high-speed internet but isn’t “lit up” yet, or put into use.

It requires a provider to, basically, sign on, extend infrastructure from the ring to homes and businesses, then turn on the high-speed service.

There are a few businesses working on that.

He said Wicked Broadband, under an older agreement with the city, leases some city facilities and fibers to deliver high-speed Internet to residents, mostly high-density such as greek houses and apartment buildings.

There’s no plan for everyday Lawrencians to get 100-gigabit service, McGuire said. However, he said, KU having it — especially as an option at spots like its Biosciences and Technology Business Center — still looks good for the city.

“A community that has that capacity is going to be very competitive regarding the ability to attract high-tech businesses,” he said.

Unlike research institutions such as KU, smaller colleges are seeking high-speed Internet as a convenience and attraction for students.

Baker is not the only small private university in the area to upgrade its Internet speeds.

“This level of bandwidth is important to us competitively,” Andy Jett, Baker’s chief information officer and vice president of strategic planning and academic resources, said in a recent Journal-World article. “Students come first. Providing them with improved gigabit access to improve their living environment in the evening and night, that’s the priority.”

Baker’s 1-gigabit access will be available in all university academic halls, sports venues, the student union and residence halls, where 500 of Baker’s about 930 undergraduates reside.

One-gigabit is important for KU students, too, Lim said. They’re bringing more and more devices to campus, and doing more homework and research online, he said, so KU’s bandwidth needs to keep up.

Rosa-Molinar said he is working with KU IT and computer scientists to demonstrate “proof of concept” to show why 100-gigabit service is needed and developing methods for using it.

His closest collaborators at KU are not biologists or neuroscientists, he said; they’re “computer visionaries.”

When it comes to competitive funding for researchers, he said, “they don’t want data just to sit on your CPU, they want you to actually get this data out to the world so that people can actually use it.”

“It’s not just the research being done,” he said. “It’s creating the ability to do future research.”

Rosa-Molinar arrived at KU in May, bringing his lab from the University of Puerto Rico-Rio Piedras, where he enjoyed super-fast Internet speeds thanks in part to piggybacking on the world’s largest radio telescope, located there.

“If I had 100 gigs in my building, I’d be happier than a clam in the ocean,” Rosa-Molinar said. “It would be spectacular.”

Rosa-Molinar’s dream is not just one but a whole “farm” of high-powered imaging microscopes, maybe 15 or 20, each one “attacking different problems.”

“Just have these things go crazy. And once they’ve gone crazy, then being able to look at the results,” he said.