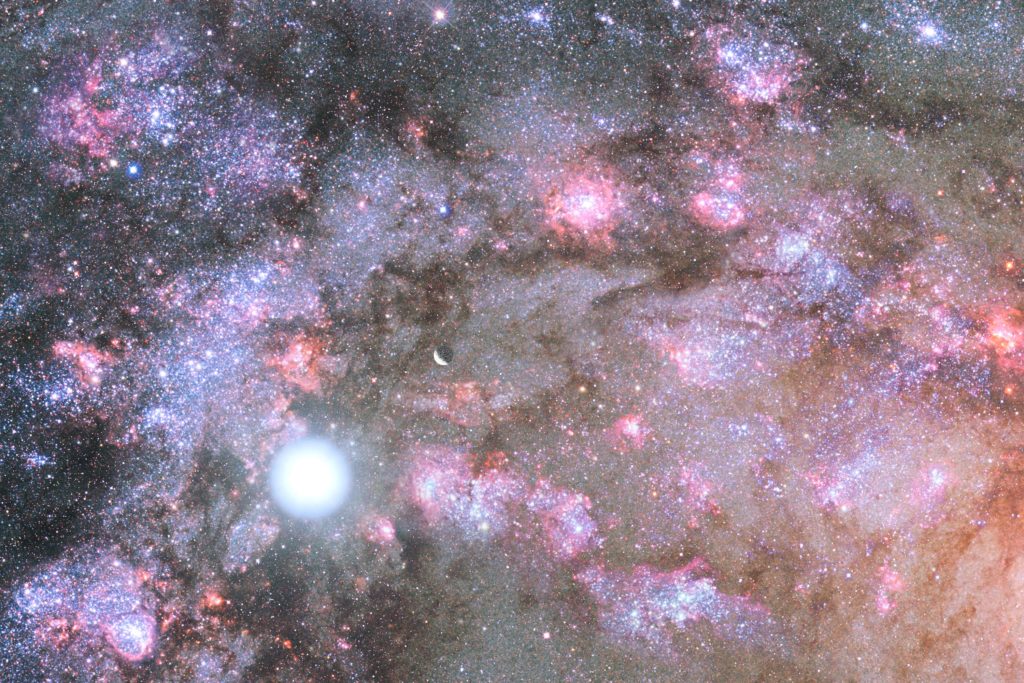 An artist's impression of a firestorm of star birth deep inside core of young, growing elliptical galaxy, as seen from a hypothetical planetary system consisting of a bright, white star and single planet. The sky is ablaze with the glow from nebulae, fledgling star clusters, and stars exploding as supernovae. The rapidly forming core may eventually become the heart of a mammoth galaxy similar to one of the giant elliptical galaxies seen today. 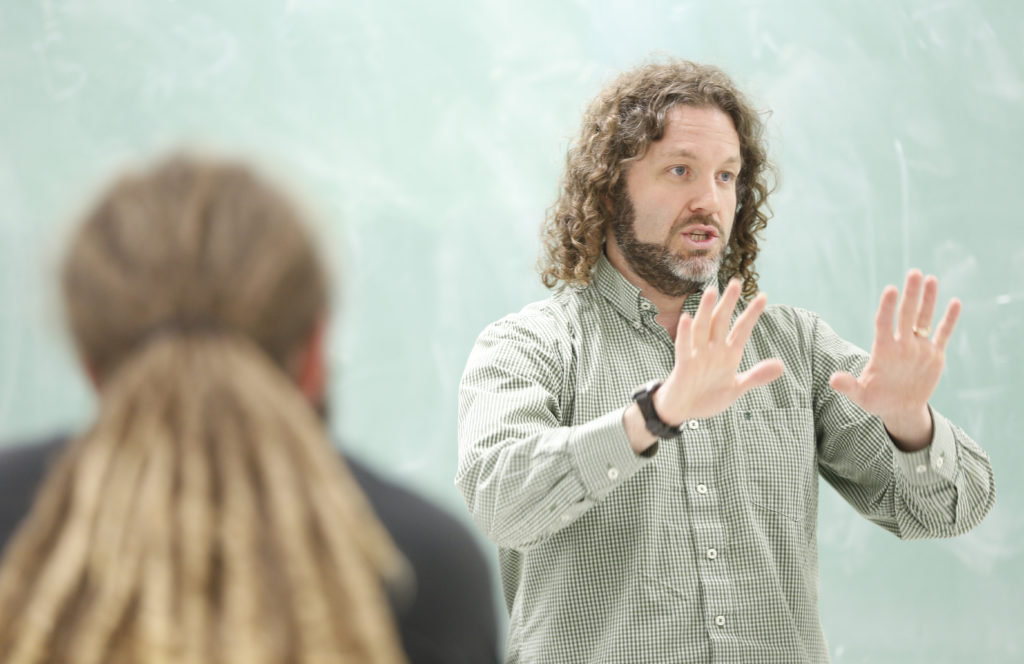 Kansas University assistant professor of astronomy and astrophysics, Gregory Rudnick gives a lecture on Friday, May 3, 2013 in Malott Hall.

Kansas University associate professor Gregory Rudnick was glad when the recent discovery of a distant galaxy in the process of forming made the news.

The “mind-blowing” factor of such discoveries always helps invigorate the public’s interest in astronomy, and that’s a good thing, said Rudnick, who teaches physics and astronomy at KU.

In this case, astronomers for the first time caught a glimpse of the earliest stages of massive galaxy construction, NASA announced last month. NASA described the site, nicknamed “Sparky,” as “a dense galactic core blazing with the light of millions of newborn stars that are forming at a ferocious rate.”

Now for the mind-blowing part.

Sparky is so far away from us that light from it takes 11 billion years to reach the Earth — talk about distant.

By comparison, light from the sun takes 8 minutes to reach us, and it is 93 million miles away from Earth, Rudnick said.

“When the light left this galaxy, the sun was not even born yet,” Rudnick said. “It’s crazy-far away.”

Rudnick said he was on a team of scientists that helped discover similar galaxies that appeared to have already finished forming, which they documented in a 2013 paper. But he said information like how the objects looked before forming and exactly how far away they were was still a mystery.

The recent discovery confirmed some of those mysteries.

Sparky is but one such galaxy, so one can’t draw sweeping conclusions, Rudnick said. But it’s likely there are more out there with similar properties.

Scientists — whose work was published in August in the science journal Nature — were able to document Sparky’s characteristics using combined observations from NASA’s Hubble and Spitzer space telescopes, the W.M. Keck Observatory in Mauna Kea, Hawaii, and the European Space Agency’s Herschel space observatory, in which NASA plays an important role.

“It’s like a medieval cauldron forging stars,” Erica Nelson of Yale University, lead author of the study, said in a NASA press release. “There’s a lot of turbulence, and it’s bubbling. If you were in there, the night sky would be bright with young stars, and there would be a lot of dust, gas and remnants of exploding stars. To actually see this happening is fascinating.”

Rudnick’s research focus is the growth of mass in galaxies over cosmic time and how this growth is influenced by galaxy environment. He said he hopes that awe factor might spark interest in the quest for scientific knowledge in areas such as astronomy.

“Fundamental research is very important,” he said. “As a society we have to ask questions and try and fill in gaps in our knowledge, even if it’s not clear where those questions may lead us.”