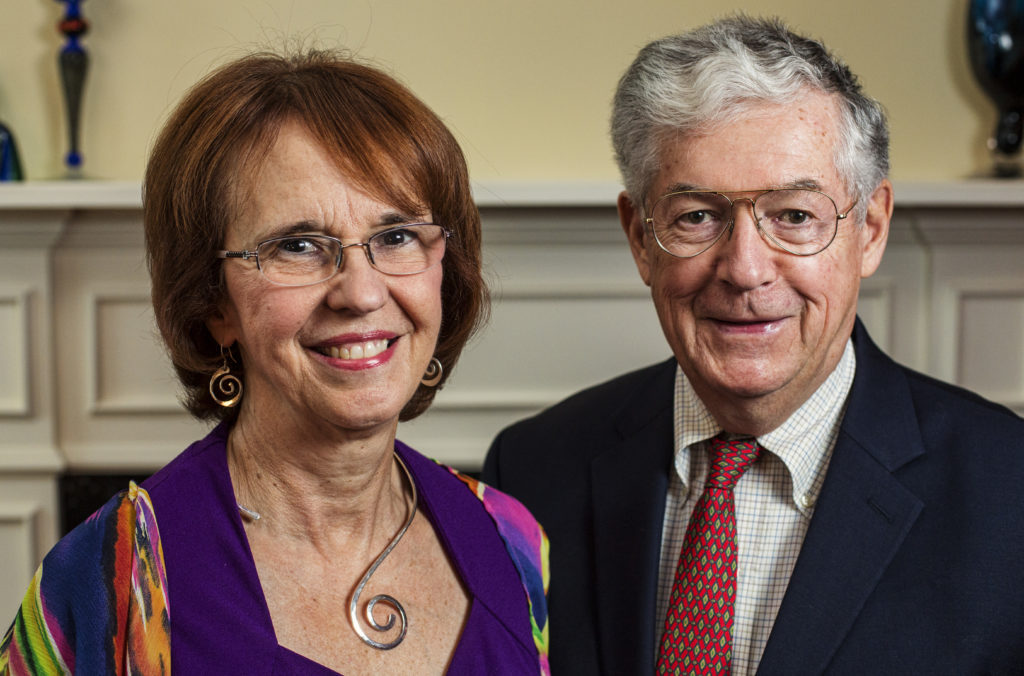 Ann and Rud Turnbull photographed at their home in Lawrence on Friday. 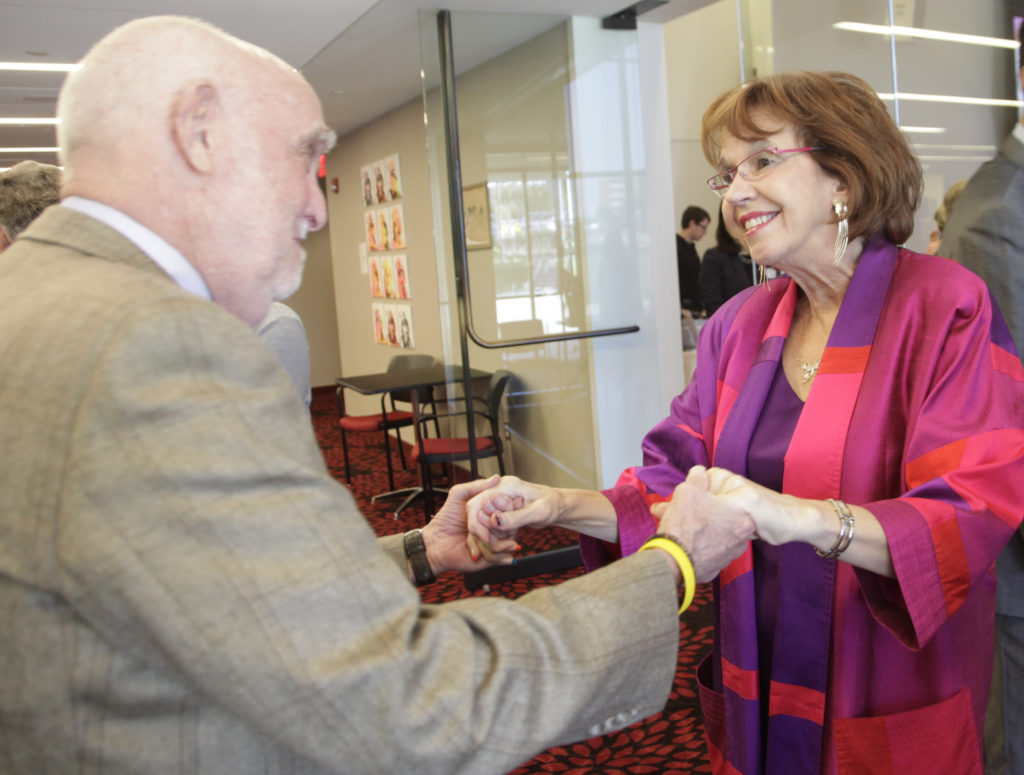 Ann Turnbull, a distinguished professor of special education at Kansas University and co-founder of the Beach Center on Disability and Families, greets Alan Abeson, former executive director of the Arc of the United States, during a retirement celebration for Turnbull and her professor husband, Rud, this month at the Lied Center.

Ann and Rud Turnbull just wanted other people with disabilities to have the same type of “enviable life” their son had.

When Jay Turnbull was born in the late 1960s, that didn’t seem possible. Children with disabilities were often withheld food and water in the hopes they would just die. They were given shock treatment to “fix” their bad behavior. They were institutionalized.

Ann and Rud helped Jay, who died in 2009 at the age of 41, have a full, happy life. And the two longtime Kansas University professors did a lot to ensure that other people with disabilities would as well.

The Turnbulls are retiring after careers that spanned more than three decades at KU and included the creation of the university’s Beach Center on Families and Disability. Their legacy will live on long after they’re gone because of the impact they made on disability law, research and practice in America, their colleagues say.

“The real beneficiaries of their contributions are the millions of families who have been helped by the more liberating and humane legislation, social policies and attitudes now in place for people with disabilities,” said Alice Lieberman, a professor of social welfare at KU. “No one has done more to usher in the possibility of an enviable life for children and adults with disabilities than Ann and Rud.”

The Turnbulls met in North Carolina, where Rud was an attorney and law professor and Ann a special educator. But it was Jay, who had severe intellectual and emotional disabilities, who really opened their eyes to the struggles of people with disabilities and their families.

At the time, KU was already a national leader in the field of special education, largely thanks to the work of professor Dick Schiefelbusch, the founding director of the Institute for Life Span Studies that now bears his name. When the Turnbulls came to KU in the early 1980s, Schiefelbusch gave them the freedom to develop their own lines of study and research.

“The wide open sky of the Kansas geography has been the wide open sky of possibilities at KU,” said Ann, whom one colleague described as a “warm, gracious Southerner with a great sense of humor” and whose husband was described by this colleague as “very charming, in a Cary Grant sort of way.” “It started with some very strong leaders who believed not in saddling people with explicit tasks but supporting them to have a big vision and to implement it.”

Rud, who never intended to work on the area of disability before Jay came along, went on to use his legal expertise to help create state and federal laws that improved the treatment, medical care and education of people with disabilities. Jay’s influence also reoriented Ann’s career more toward improving the quality of life for loved ones of people with disabilities. This eventually led her and her husband to found the Beach Center on Families and Disability. Rud calls Jay “our best professor.”

“Rud and Ann have done extraordinary work for the disabled,” former U.S. Sen. Bob Dole, R-Kan., said in a statement. “I have worked with them on a number of occasions, and I want to wish them a happy and well-deserved retirement.”

Along the way, the Turnbulls started a corporation, Full Citizenship, that helped people with disabilities live independently. And Jay’s relationship with two KU undergraduates, Pat Hughes and Cory Royer, led to the creation of Natural Ties, a national student organization that pairs college students with community members with disabilities.

“There was this wonderful interaction between the teaching, the research, Jay’s life, our career interests and Lawrence that was five or six stars in this constellation, and they all came together,” Rud said, adding that it all happened at a time when the national disability-rights movement was gaining steam. “I don’t want to say it was the Age of Aquarius, but it was pretty close.”

Elizabeth Kozleski, chair of the department of special education at KU, noted that after it became apparent that special education was readily available to white, advantaged families, the Turnbulls turned to their attention to making sure minorities had the same access to it. Kozleski added that the couple paved for the way for and inspired generations of students, from around the world, to enter the field of special education.

The Turnbulls have received many honors throughout their careers. They’re currently preparing for a trip to the Middle East this month to receive an international award for disability research from the king of Saudi Arabia.

“Even as they depart, I have a very strong feeling we haven’t seen the last of them here,” said Schiefelbush, 96, who still lives in Lawrence.

The Turnbulls wouldn’t disagree. Even as they plan to spend a few years in North Carolina so they can truly retire, they know there’s still more advocacy to be done.

“Because disability is a form of the civil rights movement, there always will be more work to do,” Rud said. “I want ours to be a culture that dignifies people with disabilities, not just because they have rights, but because they’re inherently worthy.” 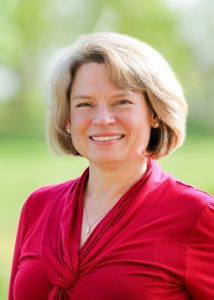