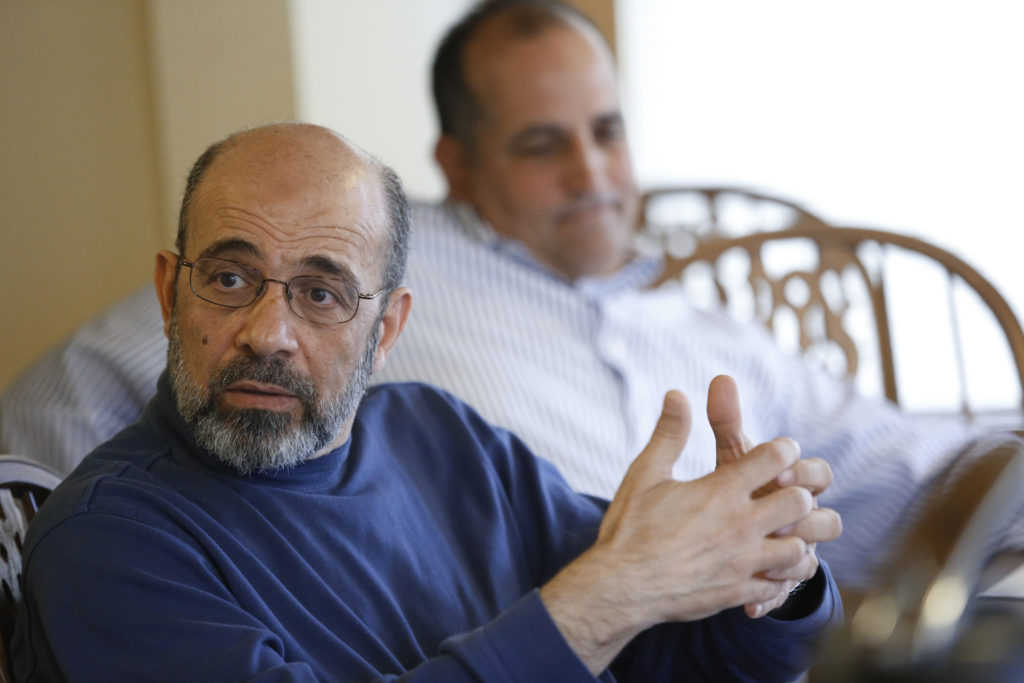 Moussa Elbayoumy of the Islamic Center of Lawrence talks about the mission of an interfaith group of congregational leaders who are trying to identify areas of injustice in the community during a meeting on Thursday at the church offices of St. John the Evangelist Catholic Church, 1229 Vermont St.

What could happen if Lawrence were a city for justice?

That’s what Justin Jenkins, pastor at Velocity Church, asked at a recent meeting of local religious leaders who have come together to make Lawrence what they describe as a more socially just community.

The group, which had its orientation in March, includes leaders from 22 local congregations who have been gathering monthly to discuss what the tentatively titled Lawrence Justice Ministry might look like. This month, several of the clergy members will be giving “City on a Hill” sermons in which they will outline to their congregations what the scriptures say about social justice.

The religious leaders hope the ministry can help show the difference between mercy and justice. Mercy is what many of the congregations already do — feed the hungry, house the homeless. Justice, they say, means transforming the system so those needs no longer exist.

Added Jenkins: “There’s a difference between first aid, which is to save someone’s life, and actually treating the disease, which is a long-term solution.”

“It’s about looking at the causes instead of just the effects,” said John McDermott, pastor at Morning Star Christian Church.

The group started last year after the faith leaders began talking about whether they might be able to make a difference in solving injustices. Congregations have been coming together in Lawrence and elsewhere across the U.S. for years — during the civil rights movement of the mid-20th century, for instance — but this is the first time locally there has been this large of a unified effort focused on transformative justice, the group says.

The ministry plans to start a listening process in the fall to identify the major social injustices in Lawrence, with community meetings open to the public. In early 2015, they will decide on the issue or issues most important to Lawrencians and begin working on solutions.

“We believe that having justice is a religious obligation,” said Moussa Elbayoumy, director of the Islamic Center of Lawrence.