The Lawrence Arts Center’s 2014 Benefit Art Auction is about to begin, and with it comes excitement, exhaustion and high levels of anxiety, says exhibitions director Ben Ahlvers.

Featuring 150 art works, this is one of the Arts Center’s largest visual arts events and the primary funding source for the Arts Center’s exhibitions program. If that isn’t already enough to put one on edge, a piece by this year’s featured artist is valued at higher than anything it has ever tried to auction. 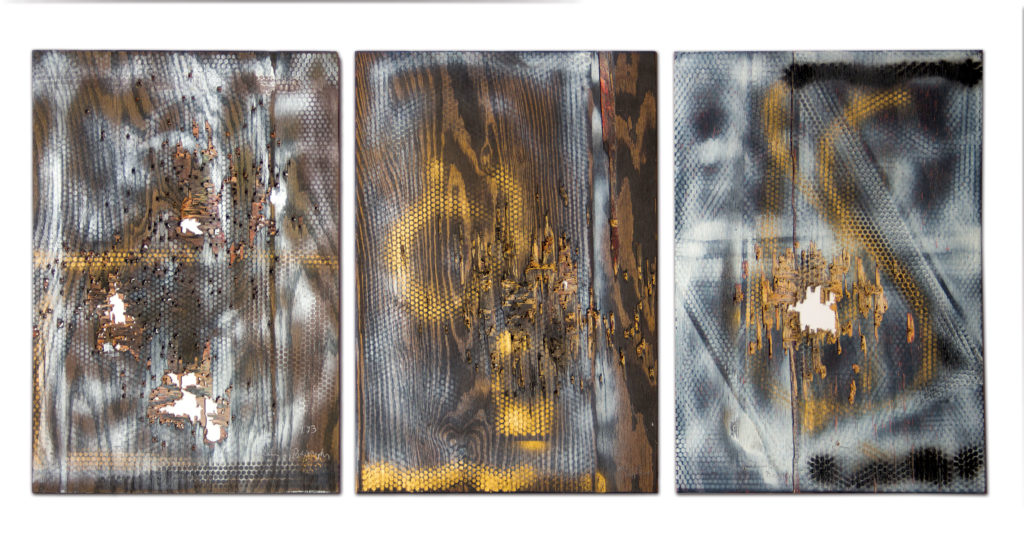 The 2014 Lawrence Arts Center Benefit Art Auction will be held March 14 through April 12 at the Arts Center, 940 New Hampshire St. The exhibit and silent auction begins Friday and lasts through April 12, when the live auction will he held. Tickets to the live auction cost $40 in advance and $50 the day of the event. For more information, visit lawrenceartscenter.org. 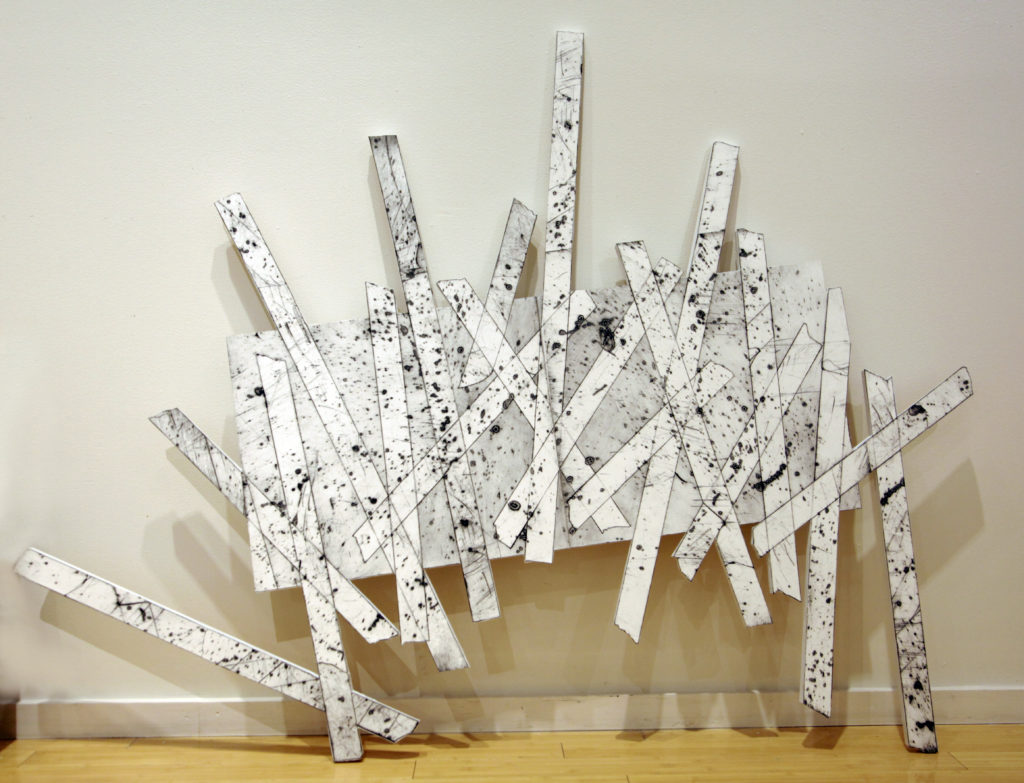 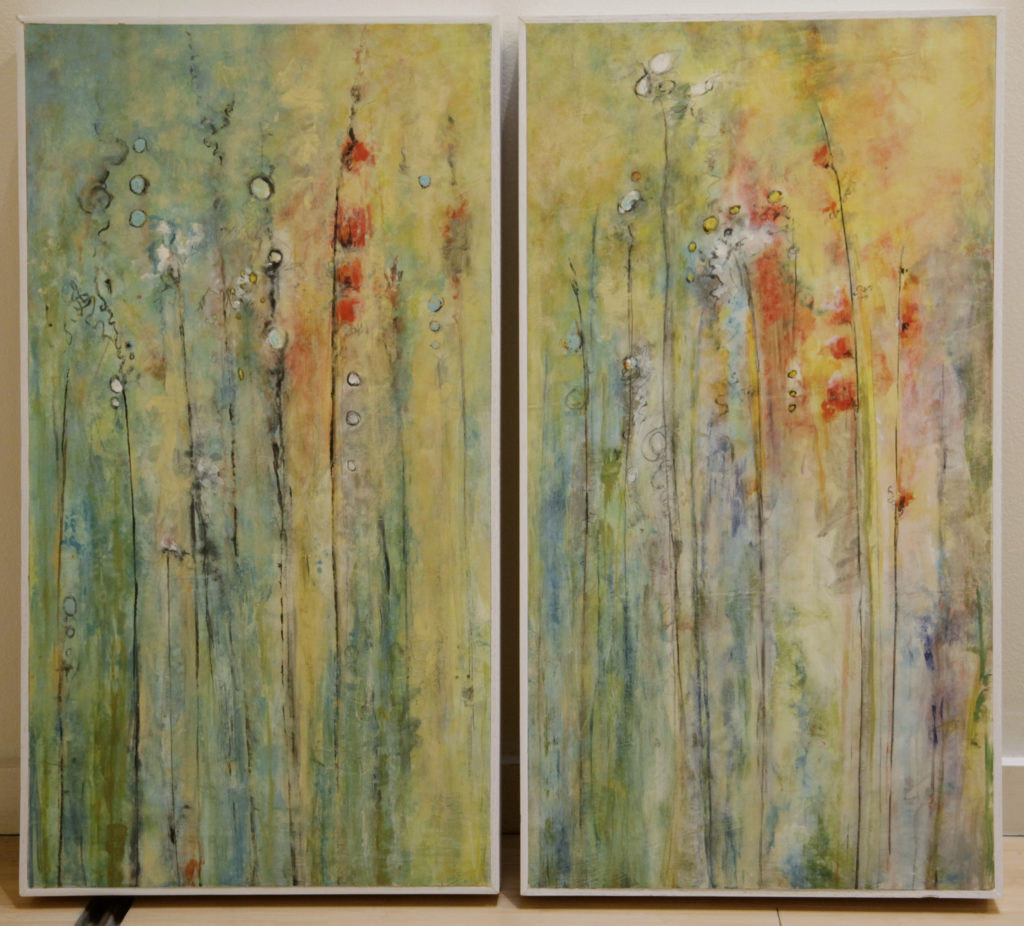 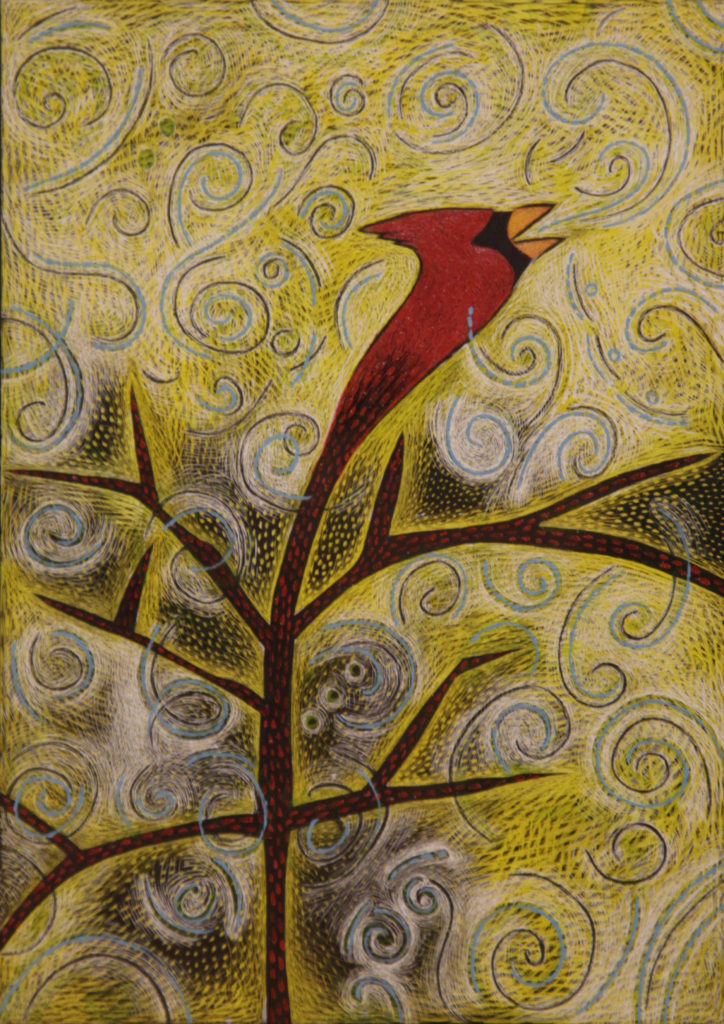 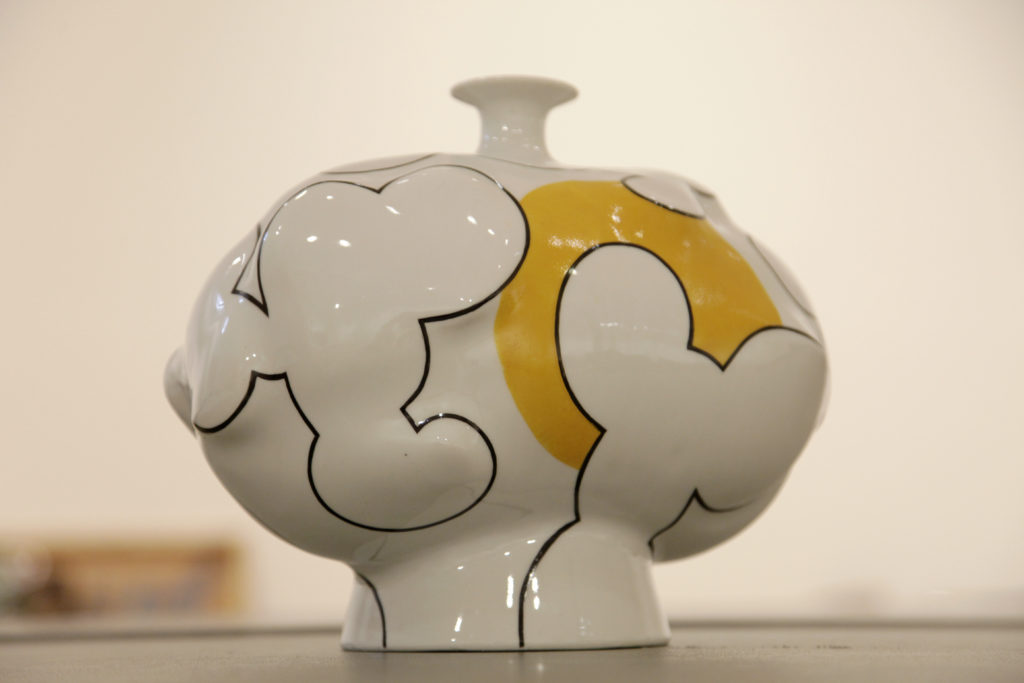 William S. Burroughs, whose work has been on display in the “Creative Observer” exhibit for the past couple of months in honor of his 100th birthday, is this year’s featured artist, with three of his works for sale. His 1993 “Untitled Triptych,” which is three panels of plywood spray-painted and blasted with a shotgun, is valued at $50,000, the price set by the William S. Burroughs estate. Live auction bidding will begin at $30,000.

One of Roger Shimomura’s paintings featured in the 2011 auction, valued at $12,000, comes closest to this value, Ahlvers says.

“We got over retail for that one, and I was stunned,” he says.

Burroughs two other works in the auction — “Something New Has Been Added,” an ink print collaboration with Ralph Steadman, and a diptych collaboration work with Keith Haring — are valued at $6,000, and $8,000, respectively.

Burroughs being a world-renowned artist (not to mention one who was just recently celebrated globally), Ahlvers suspects these pieces will draw interest beyond Lawrence. Because those collectors are not likely to venture out to Lawrence, the Arts Center invested in an online auction service called Paddle8, which will help them expand their bidding audience by giving the Arts Center access to 35,000 art collectors around the world. Those interested can bid online for both live and silent auctions.

They were already cataloging all items to display on their website in previous years, Ahlvers says, but the audience it attracts is people from town who want information on our shows and classes.

“But that doesn’t mean somebody in London is looking up our website,” Ahlvers says. “It seems like this is a good fit. I’m part excited and part anxious to see how it shakes out.”

The silent auction opens at 9 a.m. Friday, so the community members can familiarize themselves with the art and start making bids. Participants must bid 50 percent of the retail value, set by each artist, and can buy out any of the 110 pieces at 200 percent of its value.

The live auction does not have a cap, which is why the bulk of the benefit will come from the April 12 live event, with just 35 pieces in the mix. Tickets are $40 in advance and $50 on the day of the auction. Ahlvers is hoping to bring in $120,000 this year to support the Arts Center exhibitions open to the public year-round.

“This is the only part of the organization that is always free,” Ahlvers says. “We never charge people to come in here. But it costs money to put up these shows.”

Artist participation in the auction is by invitation only, as not to burden local artists who are constantly asked to donate to various events and benefits, and to give every artist generous enough to create an original piece for the event a respectful opportunity for exposure.

“The display is really challenging if you’ve got 300 [or more] pieces,” he says. “It’s like wallpaper. It’s a difficult thing to get people to engage with it because it’s difficult to focus on everything.”

Some contributing artists have donated portraits of Burroughs in response to his works, and will pair nicely with the main attraction this year. Other works run a gamut of mediums, styles and aesthetics. Roger Shimomura, Louis Copt, Molly Murphy and Clare Doveton are just a few core artists contributing pieces again this year. Ranging from $25 to $50,000, visitors can expect to see jewelry, sculpture, printmaking, photography, textiles, pottery, paintings and more on display by various practicing artists with a connection to Lawrence.

“It’s a reflection on what the Arts Center does and it’s also reflection of the community that we live in,” Ahlvers says. “It’s a pretty diverse place in the context of Kansas. I think the auction should reflect that.”