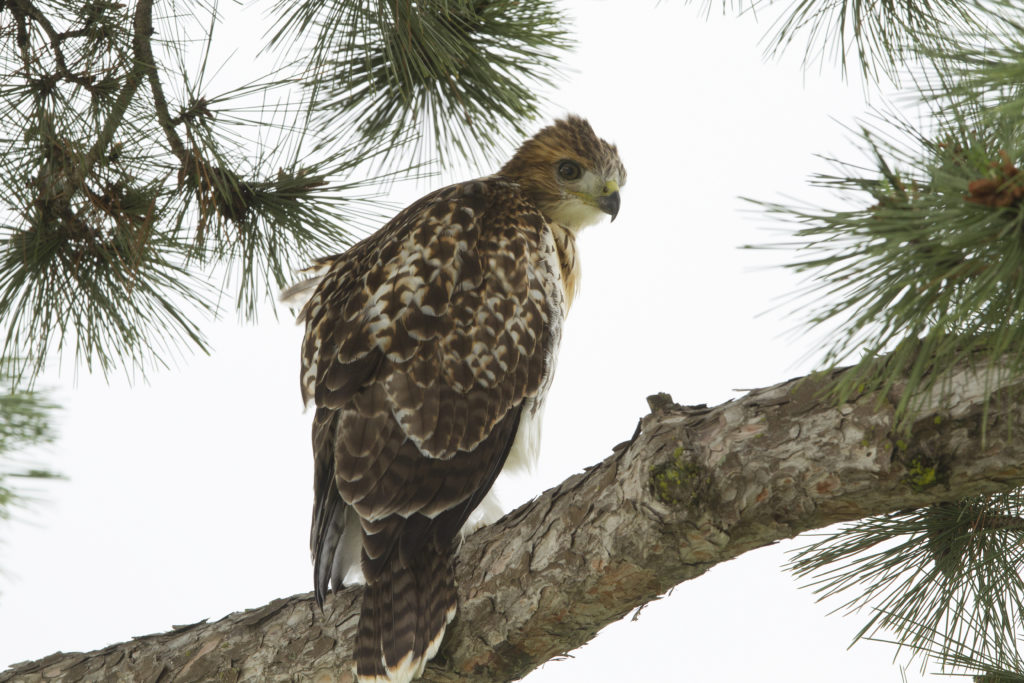 A young red tail hawk perches in a pine tree just north of Memorial Stadium where a nest rests on top of a light pole. 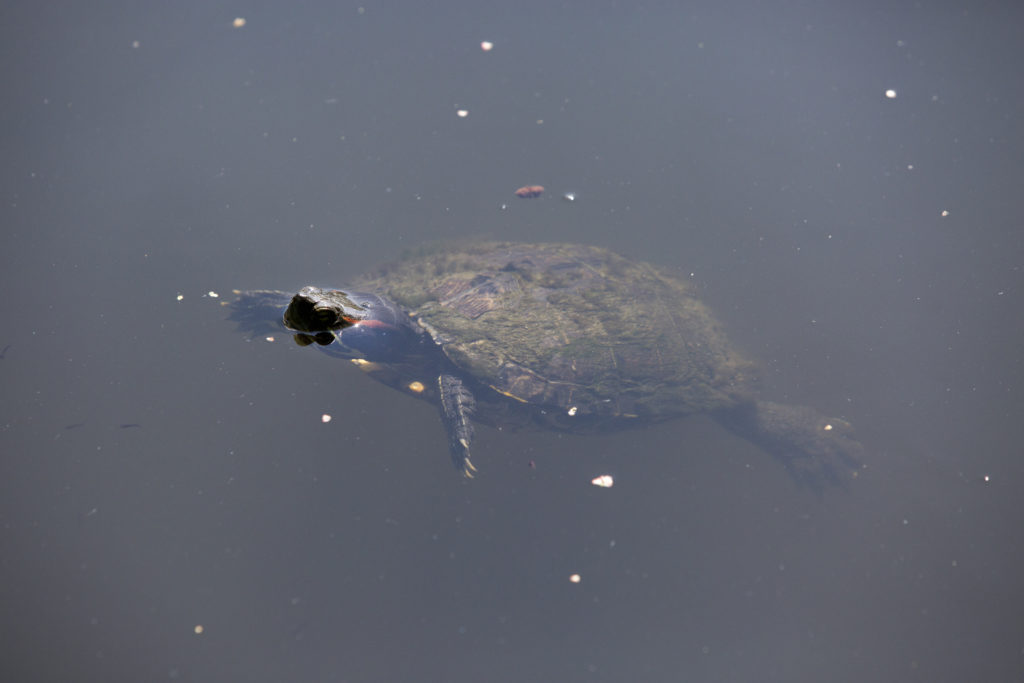 One of several species of turtles cruise Potter Lake below the Campanile.

When Kansas University’s Public Safety office installed security cameras in outdoor areas around campus, the goal was to catch lawbreakers lurking in the dark, unpopulated corners of university property.

But they have caught a whole lot more than criminals sneaking around campus at night.

The cameras have also been quiet witnesses to the many furtive, often nocturnal movements of wildlife that travel through campus and make their homes there.

“We see a lot more movement, especially since we’ve had all this construction these last couple years,” said Captain James Anguiano with the Public Safety office. “Once we start getting into those areas, the wildlife start coming out trying to find new homes.”

With its pastoral landscaping and bordering wooded areas, KU is home to an array of mammals, birds, amphibians and reptiles, all of which have somehow found a way to coexist with the bustle of KU students and employees on campus.

“Animals are evolving to live among humans to a greater extent,” Campbell said. “It’s only been in the last several decades that we’re starting to see some of the shyer species adapt to living in these environments.”

A different kind of KU hawk

Campbell, who’s spent much of his life in Lawrence, can point to the areas in and around campus where animals roam and live, occasionally running across the many nearby humans.

Among them is a large piece of property owned by the KU Endowment Association near West Campus that is partly wooded, partly prairie, and mostly undeveloped. The area provides shelter, food and water to possums, mice, deer, birds and even bobcats and the occasional coyote.

The overall campus ecosystem is vast and becoming more diverse. It includes the critters people are used to seeing in daylight — squirrels and rabbits, robins and sparrows — and also more exotic wildlife.

Animals find all sorts of ways to adapt to man-made environments on campus, Campbell notes.

Raccoons use sewers as a kind of subway system.

Wood rats occasionally find their way under the hoods of cars to nest.

Red-tailed hawks have built nests on West Campus and even in the light fixtures of Memorial Stadium, high above the weekend ruckus of football season.

A family of red foxes just south of campus has been seen playing in the daytime, to the delight of passing students.

At night bats fly around tall, well-lighted buildings on campus where insects congregate.

Turtles and amphibians have made a permanent home of Potter Lake, though fertilizer runoff has led to a vegetation boom and other environmental problems in recent years, which KU is working to fix.

And anyone who has eaten lunch outside Wescoe Hall knows that KU’s squirrels have developed a taste for people food and aren’t shy about trying to get it.

Although some animals are becoming more comfortable with humans, humans don’t always feel the same way.

Marty Birell, nature education supervisor for the Prairie Park Nature Center, said her organization has received calls about foxes, coyote, deer, bats and snakes on or near campus.

“There’s a lot of wildlife on campus,” Birell said. “A lot of the calls that we field have to do with people perceiving the presence of these animals as a threat and nuisance.”

Birell stresses that most animals, even foxes, aren’t a threat to children or pets, but that doesn’t stop some from worrying.

More problematic than predators are deer. After the population of white-tailed deer exploded in the region, due mainly to a lack of natural predators, they have become frequent visitors to campus. Anguiano said deer that have found themselves on the main KU campus have, out of fright and confusion, gone crashing through building windows.

Sometimes humans themselves set animals loose on campus. Birrell has heard reports of California king snakes and Sonoran milk snakes — neither native to the state — found in or near KU dorms. Landlords in student housing districts have found boa constrictors, parrots and other exotic animals left behind by their former tenants.

Tensions between humans and animals aside, Campbell hopes the two groups can coexist.

“There’s a lot more wildlife in town than I think people realize, and if they want to find it, they just need to take the time to look,” he said.