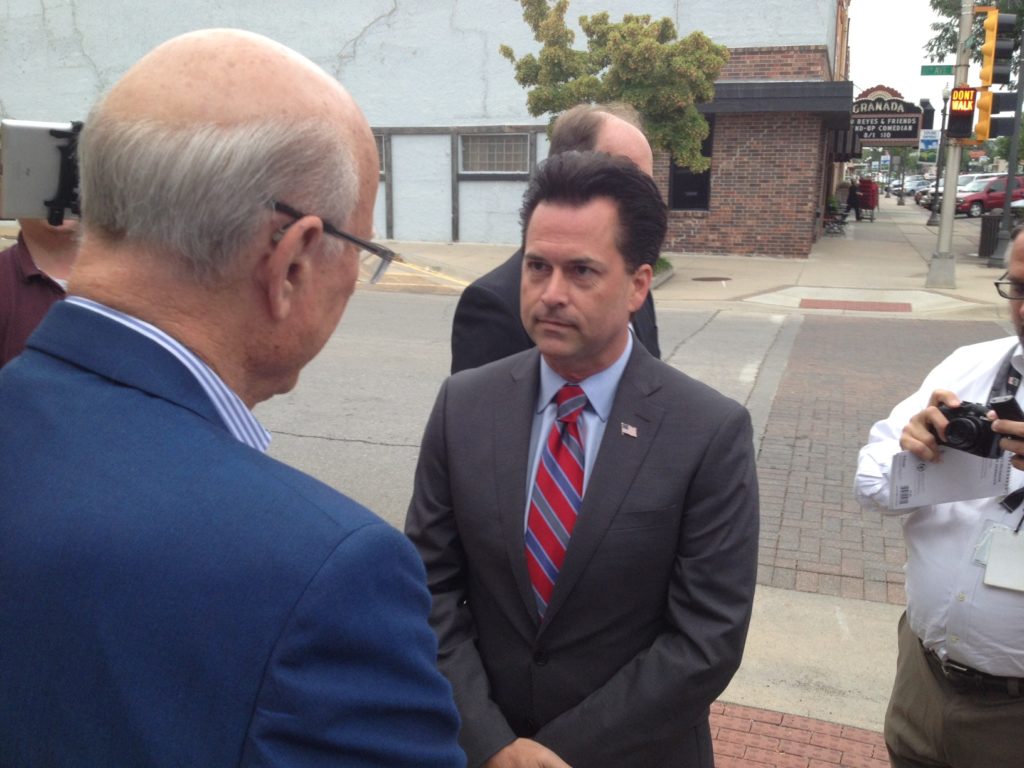 “This is not the time. We have a regular scheduled event,” Roberts said.

Wolf continued to press, asking, “When would be the appropriate time? Because I’ll go anywhere you like.” But Roberts walked away.

Roberts was in Emporia for a scheduled campaign stop to meet with local business owners and Emporia Chamber of Commerce officials. After learning that Roberts planned to be there, Wolf said he rearranged his own schedule to meet Roberts there and challenge him to debate.

“I think it’s unfortunate,” Wolf said later. “The senator has given his word that he would debate. He has told Kansans, he has told media outlets and reporters, and we’re seeing today that his claims of being tough and tested and trusted are just not true.”

But Roberts’ campaign staff shrugged off the challenge.

“I think Dr. Wolf’s efforts should be more concerted about talking to his lawyers in Topeka about this Kansas Board of Healing Arts investigation,” campaign spokesman Sean Fitzpatrick said.

Wolf, a Johnson County radiologist, is reportedly under investigation by the Board of Healing Arts for posting X-ray images of gunshot victims on a Facebook page a few years ago and making inappropriate comments about them.

Wolf, who trails by 20 points in the most recent SurveyUSA poll, has doggedly sought a face-to-face debate with Roberts. And during an interview on a Kansas City radio station earlier this month, Roberts indicated he was willing to have a debate. But so far he has not agreed to schedule one.

Speaking with reporters after the confrontation, Roberts said he is confident he’ll win the Aug. 5 primary

“I am the only candidate in this race, in this primary, that can win in November, so I think people are getting that.”