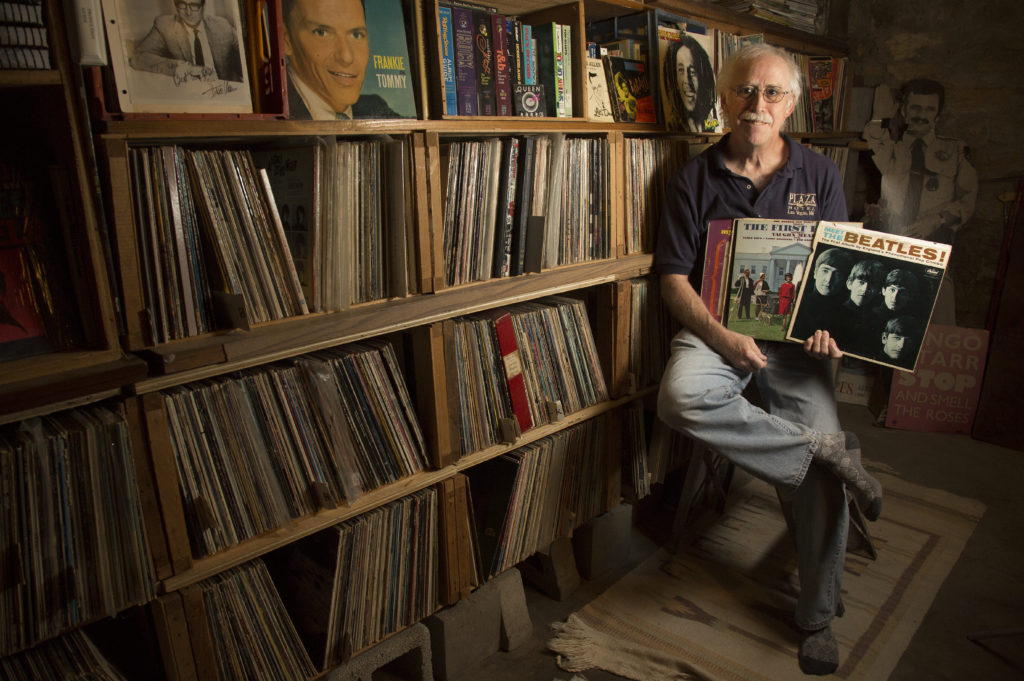 Don Mayberger has collected records since the age of 10, as he has scrapped and worked all kinds of jobs just to buy vinyl. His collection today is around 3,000 records, after downsizing from nearly 7,000. 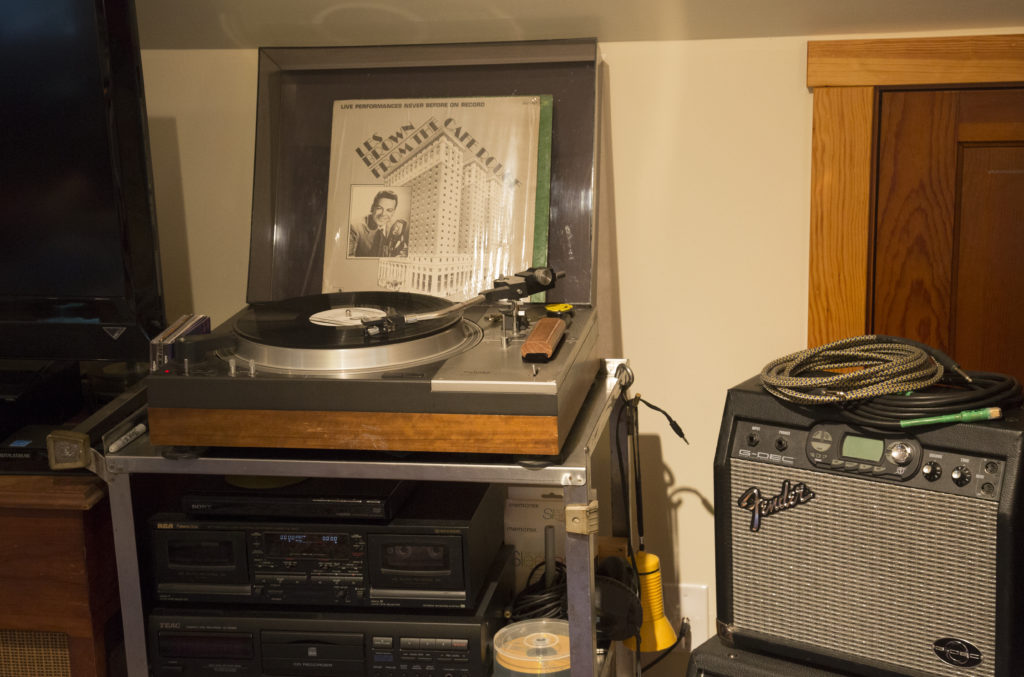 Don Mayberger's turntable (Technics) sits in his den upstairs where he will spend hours during the winter sifting through his collection of 3,000 records, bringing stacks at a time up from the basement where he stores them. 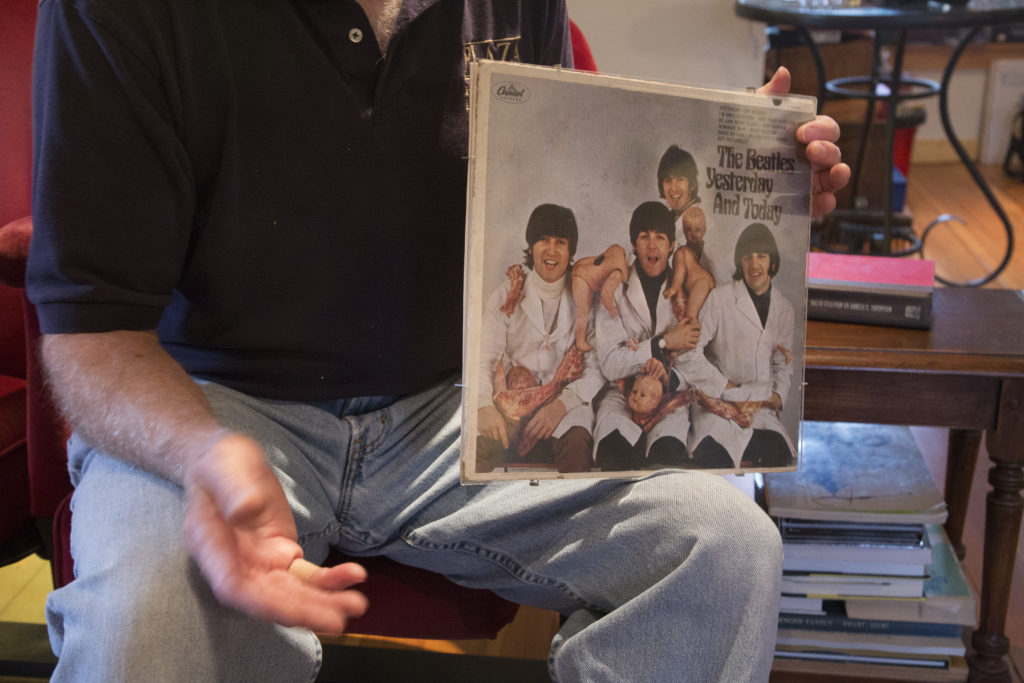 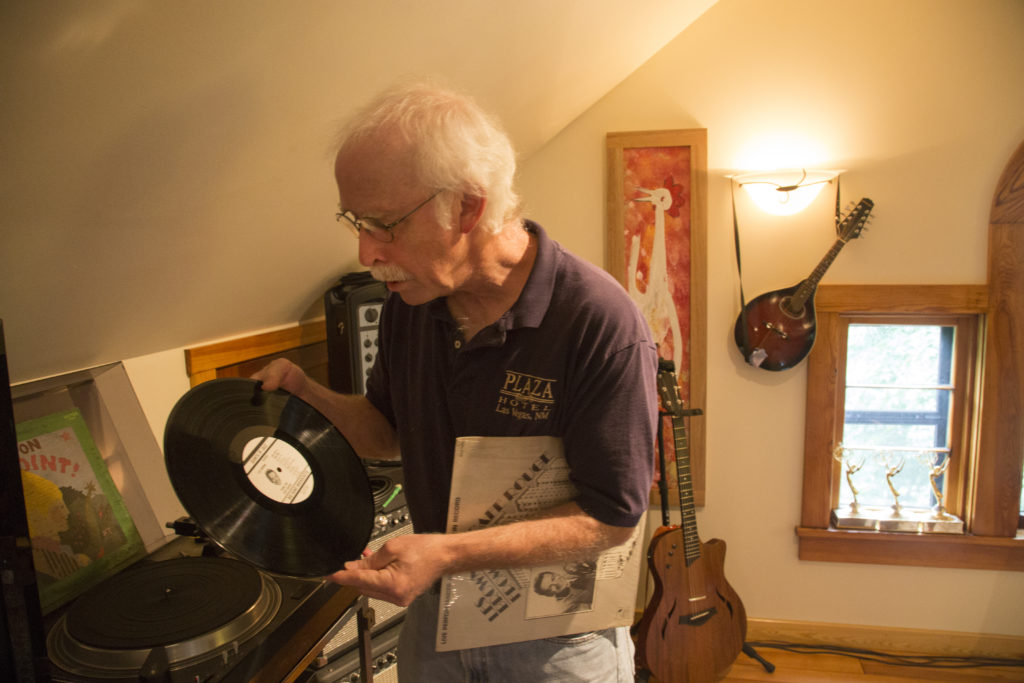 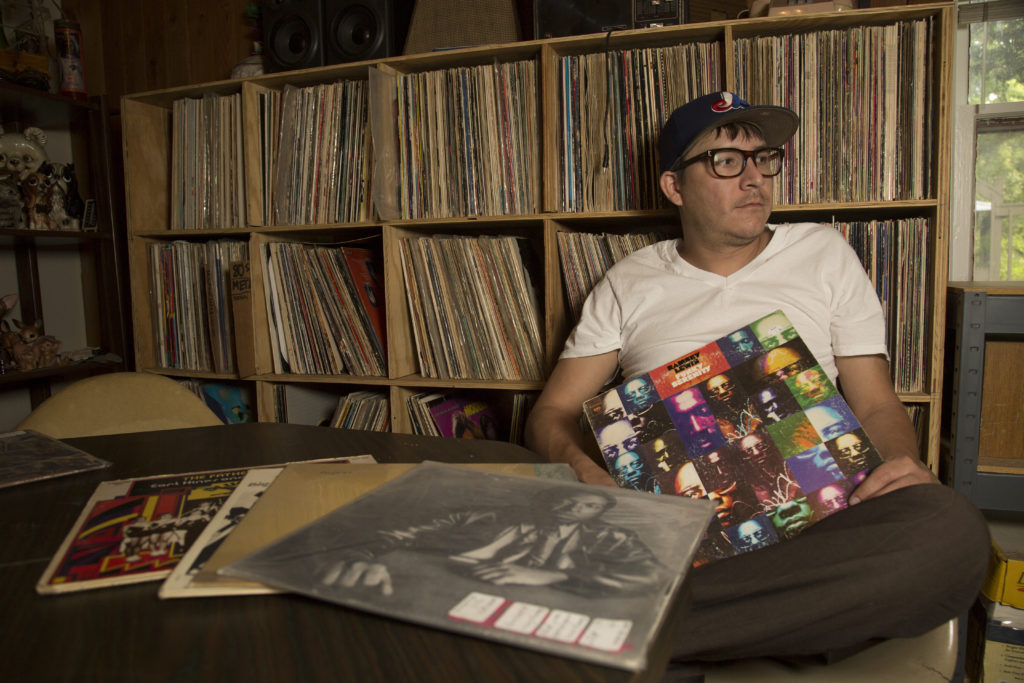 Ian Wolf, 34, Lawrence sits in his house in east Lawrence with his collection of more than 5,000 vinyl records. 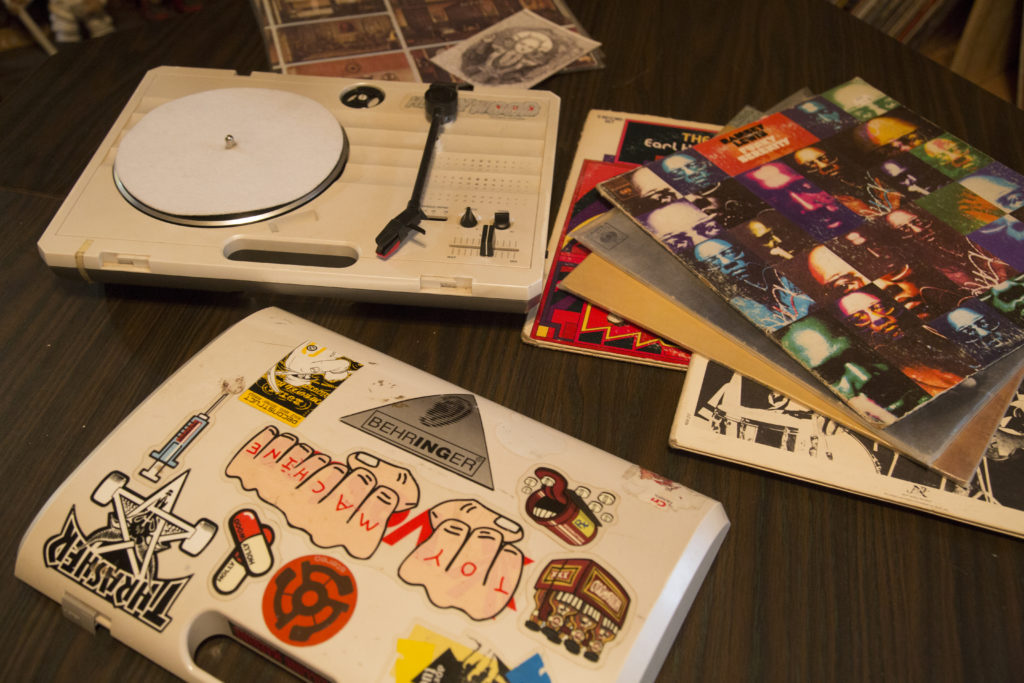 Ian Wolf has a portable record player that allows him to take his music wherever he goes. 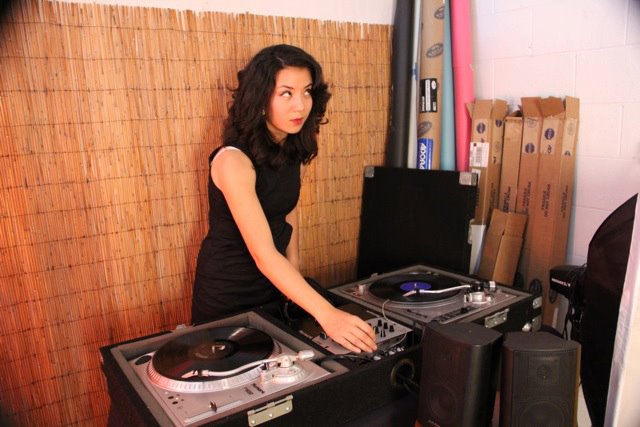 It’s a bit of mystery why vinyl records have as strong a presence as they do. With cheaper, more portable and less precious ways of consuming music, then why does independent, record-peddling Love Garden remain one of the most popular shops on Mass. Street?

The culture of collecting is more than an opportunity to convince others you’re a hipster. Three locals — a small sample size of the much larger record-collecting whole — from different generations share why they’re unwilling to part with the plastic and are invested in the tradition, treasure hunt and nostalgia that surrounds vinyl.

Fifty years ago, Don Mayberger remembers, mowing three lawns was the equivalent of buying one record.

When he worked on a film team for former Kansas University football coach Bud Moore, the $5 he received as payment toward gas would instead be used to accumulate even more albums.

The Pitch magazine would not have existed if it weren’t for Mayberger’s fixation on vinyl. As a representative for a record distributor, he decided that putting out a fake newspaper with weekly reviews of new releases would help sell the records. Under the pseudonym Warren Stylus, Mayberger, now 64, engaged tons of readers through talking about records.

“And then I got even more promos,” Mayberger says. “People started sending me records. It was the greatest.”

He would call himself a “reformed” collector or collector “in remission.” At one time, he had at least 7,000 LPs. Now stored on shelves in the basement of his home, Mayberger says he has more than 3,000 records in his possession. He started collecting when he was 10 years old, in the heyday of vinyl.

“To be 14 when the Beatles hit was pretty good timing,” he says.

Mayberger pulls out a framed “Yesterday and Today” Beatles’ record, a shocking image of The Fab Four covered with decapitated baby dolls and pieces of meat. The photograph was so controversial, Capitol Records recalled these copies and rather than reprinting all new covers, pasted an image on some of the old covers of the band sitting on suitcases with a white background.

“The only way you could tell there was one underneath it was that you could see Ringo’s black dickey,” he says. “Everyone went around to find it. I found like three of them.”

Those who didn’t soak off the top cover could sell those records for $5,000 now. “I was stupid,” he says laughing.

Whiling away winter hours in his den listening to classics, Mayberger has no plans to ditch his vinyl.

“Everyone’s walking around with a pocket full of ones and zeros, and I’m kind of resistant to that,” he says.

Growing up with records, it’s still the only format in which Ian Wolf, 34, consumes his music. Hauling a portable record player to other locations and working at Taproom, where there’s a record player on hand, he can’t remember the last time he even listened to a CD.

“If it ain’t broke, don’t fix it,” Wolf says. “You get to hold it. There’s the whole thing of flipping the record over. It’s very intimate and personal.”

With at least 5,000 records in his collection, Wolf describes finding a “golden record,” or records that will never be in digital format, as a huge incentive to hunt for more.

“There’s so much music that’s never going to be heard because you can’t download it,” he says. “You actually have to physically find it. I think that’s where the addiction comes from.”

Those “random finds,” released from small-time, no-label bands that broke up after one tour for one reason or another, are now being reissued, after someone finds a 40-year-old song and thinks it should be shared now.

Wolf appreciates that bands will put out specific records for those days and only a limited amount of copies on “Record Store Day.”

“Those are the records that in 20 years people will be like, “whoa, they only pressed 100 of these and I have one,'” he says.

Emily Scholle, 26, remembers the rich sounds from her parents’ record player as a young girl and the urge she had to get her hands on the vinyl.

Three years ago when she was dating a popular DJ in town, she saw how easy it was for him find cheap records. Once she tracked down a record player she could afford, Scholle says she bought too many, too fast.

“It snowballed from there,” she says laughing. “As addictions do.”

Her affinity for ’50s and ’60s doo-wop or surf rock music aligns with her affinity for vinyl; she used to DJ a weekly radio show called “Vintage Vinyl,” playing only vinyl records on air on KJHK, and currently mixes this style of music at the Replay as DJ Modrey Hepburn.

Every once in a while, she will pick up a new LP, but doesn’t notice the difference in quality of sound compared with a digital release, as much as she can with old-school records.

“With older stuff especially, they were made to be listened to on vinyl, in that medium,” she says. “The sound quality is a lot better. If you listen to music from the MP3 on your laptop, and you listen to it on vinyl, you hear that there is so much more on the vinyl that you just don’t hear otherwise.”

After a recent collection purge, Scholle says she has about 500 45s and 100 LPs.

Pulling out old girl group compilation records — The Shangri-Las and The Shirelles are favorites — Scholle de-stresses through music that reminds her of simpler, happier times.