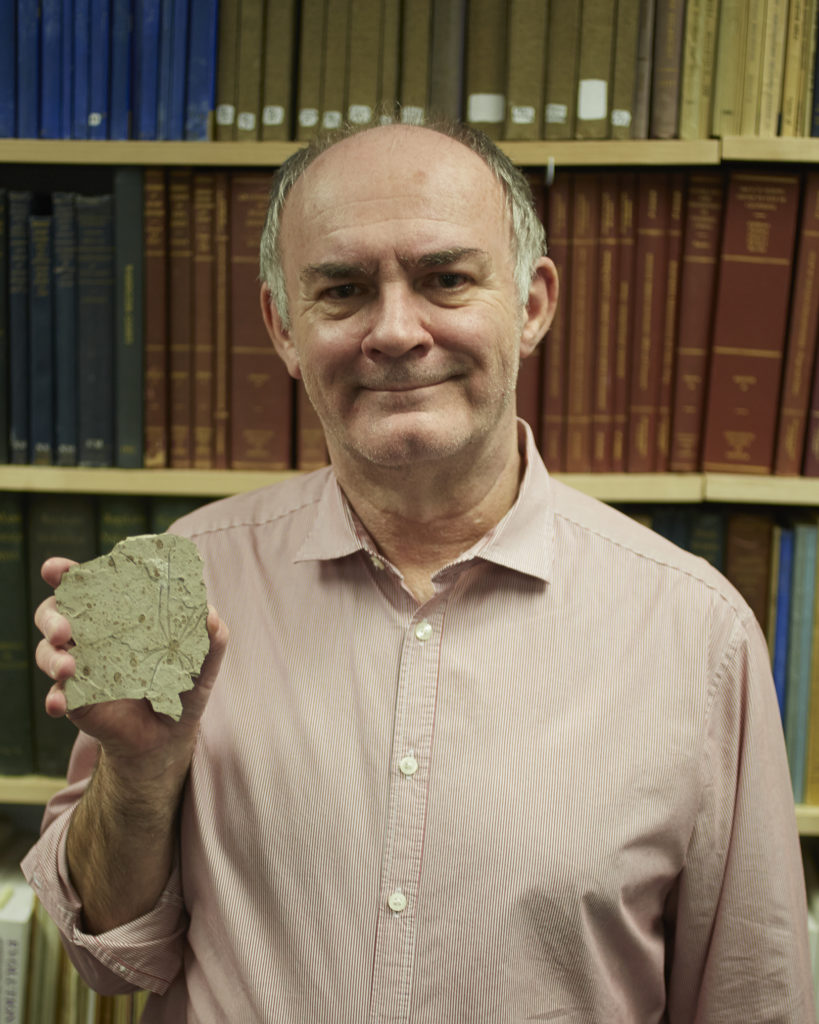 Paul Selden, the Gulf-Hedberg Distinguished Professor at Kansas University and director of the KU Paleontological Institute, holds a Jurassic-era spider that was about the size of a human hand. Photo courtesy of Paul Selden and KU. 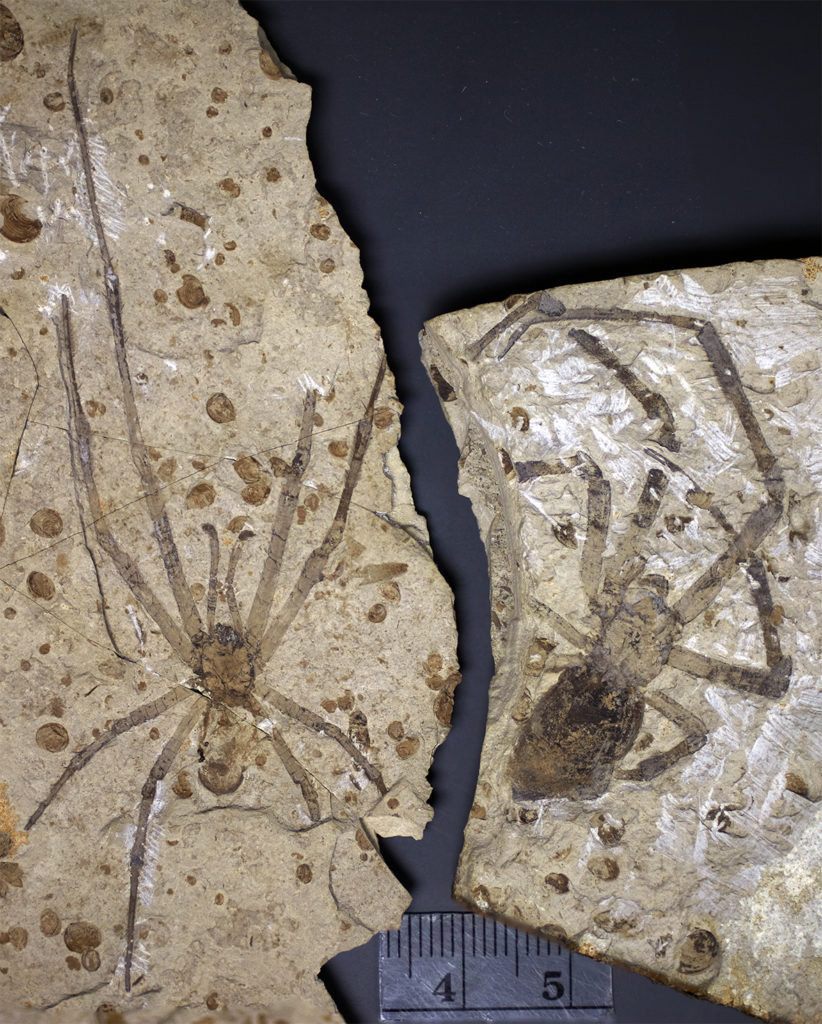 These spiders were about the size of a human hand and lived 165 million years ago, during the Middle Jurassic period. The male, Mongolarachne jurassica, and female, Nephila jurassica, were similar in size. Photo courtesy of Kansas University and Paul Selden.

As if dinosaurs weren’t enough to contend with in the world of 165 million years ago, the Jursassic period had other frightful creatures roaming the Earth as well: giant spiders.

In fact, a Kansas University researcher recently identified the largest known fossilized spider, a relic of the Middle Jurassic period. From a site in China’s Inner Mongolia, farmers dug up a fossil that Paul Selden, a distinguished professor of geology and director of the KU Paleontological Institute, identified with colleagues as Mongolarachne jurassica.

The discovery, described in the journal Naturwissenschaften (“The Science of Nature”), was of a male spider about the size of a human hand.

Along with its own size, Mongolarachne is remarkable for being larger than its female counterpart, Nephila jurassica, found on the same site in 2011. “You almost never find male spiders bigger than the female,” Selden said.

Generally, female spiders are larger than males. Species with males and females of similar size tend to live in caves. But Mongolarachne was found in volcanic ash near what was once a lake, far from any cave, suggesting that it dwelt in open areas or forests, but it might have descended from cave-dwellers, Selden said.

Spiders don’t often find their way into the fossil record. The first Jurassic-era spider wasn’t found until 1984, in Russia. The Chinese site where Mongolarachne jurassica was found has produced a rich collection of fossils of all kinds, including spiders. Since the site’s discovery, area farmers have been digging eagerly for fossils, Selden said. They can make a lot more money selling fossils to museums and universities than by selling their crops on the market.

In addition to local diggers, Selden had some help from technology. Scanning electron microscopy, a type of electron microscope technology that creates images using a beam of high-energy electrons, allowed Selden and colleagues to look at features of the fossilized spiders in incredibly fine detail. That includes even the tiny hairs of the spiders.

“We can blow up the hairs to such a size we can even see the structure of them, which is quite amazing,” Selden said.