A leading scholar in Kansas election law says there’s a real possibility the state will end up holding “dual” elections this year in which some voters are only allowed to vote in federal elections, but not in state or local elections.

Reggie Robinson, a former president of the Kansas Board of Regents who now teaches at Washburn University School of Law in Topeka, said that could be the result of legal battles now pending in federal courts over the state’s requirement that new voters show proof of citizenship to register. 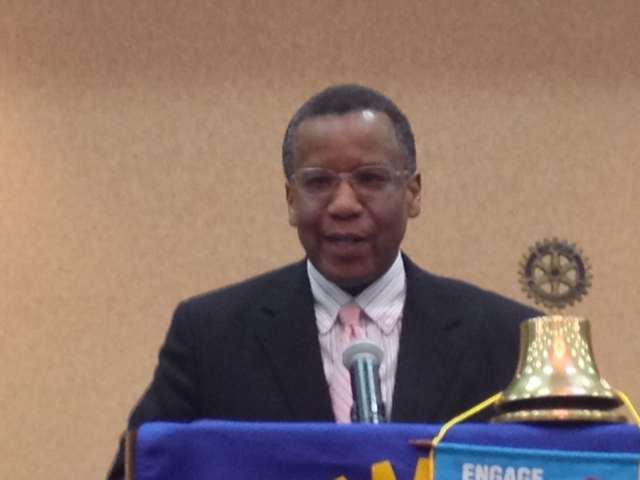 “In Kansas, Secretary (of State Kris) Kobach has said we may have to do this and has already begun to make plans,” Robinson said in a speech to the Lawrence Rotary Club. “I know he’s communicated to local election officials.”

In 2011, at Kobach’s urging, Kansas lawmakers passed the Safe and Fair Elections Act, or “SAFE Act” which, among other things, requires people registering to vote for the first time to show documentary proof of citizenship.

People who attempt to register but do not provide that documentation have their registrations placed “in suspense,” according to Kobach’s office, meaning they cannot vote until they provide that proof of citizenship.

According to Kobach’s office, as of Feb. 1 there were 14,918 registrations being held in suspense statewide due to the proof of citizenship requirement. That includes 454 such in-suspense registrations in Douglas County, according to the County Clerk’s office.

In Douglas County, there are 454 registrations in suspense due to the proof-of-citizenship requirement, according to the County Clerk’s office.

Last June, however, the U.S. Supreme Court struck down a similar law in Arizona because it conflicted with federal law that says states must accept registrations that are filled out on a standard federal form, which does not ask for proof of citizenship.

The Court said states can petition the federal Election Assistance Commission to provide them with a form that complies with their state laws. Since then, however, the commission has denied requests by both Kansas and Arizona to provide a form that includes a proof-of-citizenship requirement.

As a result, both states are now suing the commission in federal district court in Wichita, seeking to compel the commission to amend the federal forms used in those states.

Robinson said if the district court upholds the EAC’s decision not to modify the form, those voters who are now in suspense will become registered.

“The bad news is, they become registered to vote in federal elections,” Robinson said. They still will not be eligible to vote in state or local elections, he said.

Robinson noted that the American Civil Liberties Union is engaged in another suit seeking to block Kobach from trying to conduct a dual election.

But he said it is not clear whether either case will be decided in time to affect the scheduled Aug. 5 primary election or the Nov. 4 general election. And there is certainly not enough time for either case to be appealed and decided before the elections.

Robinson said that could raise serious questions about the validity of the upcoming state elections, if they are conducted under a dual voting system.