One confirmed dead in head-on collision on K-10 bypass 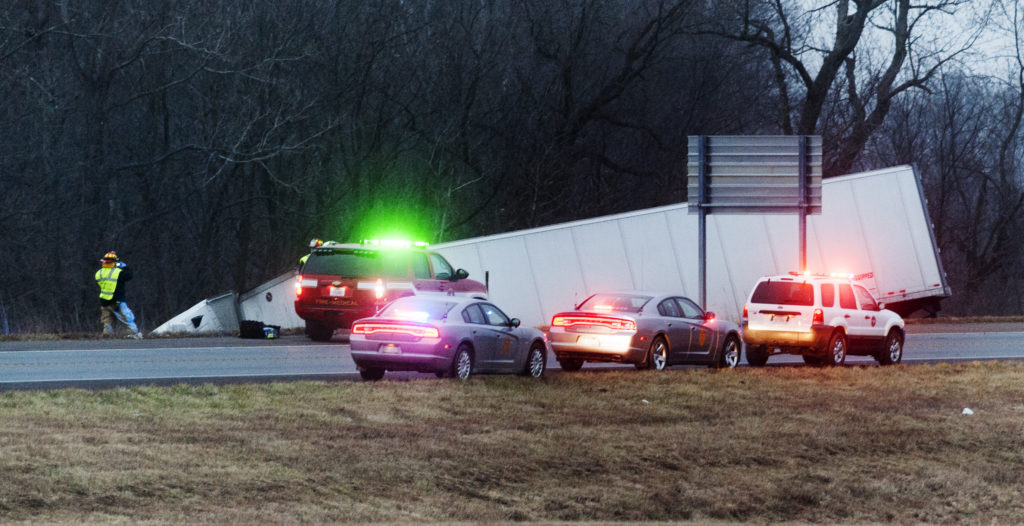 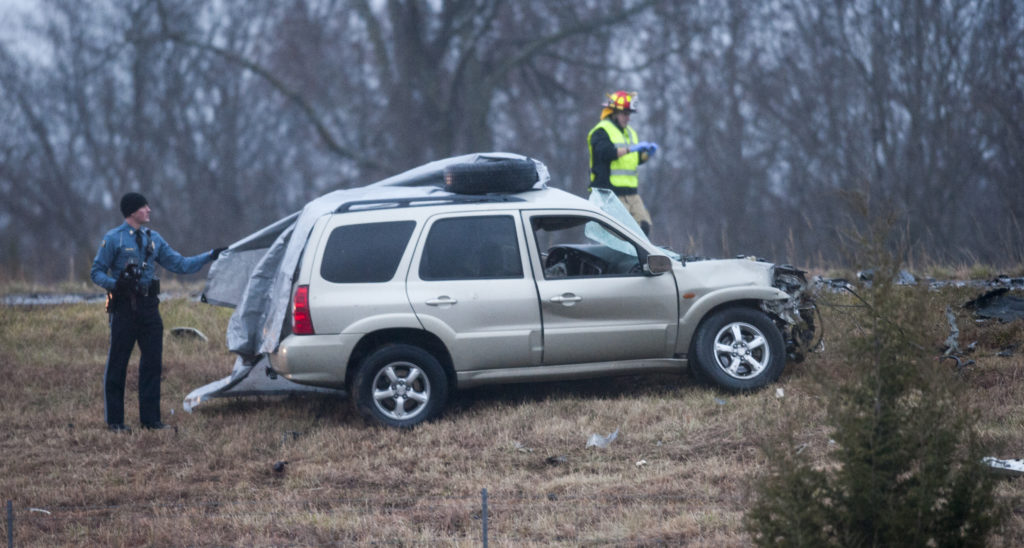 A Kansas Highway Patrol trooper covers an SUV on the north side of the K-10 bypass after a semi and the SUV collided head-on.

One person died Tuesday following an accident between a semitrailer and an SUV at mile marker 3 along the Kansas Highway 10 bypass.

The accident occurred about 4 p.m. and involved a semitrailer in the eastbound lanes that apparently collided head-on with a westbound SUV.

K-10 was closed from the U.S. Highway 59 interchange to Kasold Drive on Tuesday night. Officials did not expect it to open before 11:30 p.m., KHP said.

Debris was scattered along the pavement and a gray tarp covered the SUV. The driver of the SUV was killed, while the semitrailer driver was alert and conscious as he was taken by ambulance to Kansas University Hospital, Douglas County dispatchers said.

It is unclear whether more people were involved in the accident, Sgt. Steve Lewis of the Douglas County Sheriff’s Office said.

Melody McKenzie, who lives in the mobile home park in the 3300 block of Iowa Street, said she and her family heard the accident happen and were startled.

“It happened right behind our house. It sounded like a plane crash,” McKenzie said. “It shook our whole house.”

McKenzie and her 12-year-old daughter, Tabatha Peters, ran to the scene immediately, calling police along the way. The accident happened near the walking path in the area along the K-10 bypass.

Tabatha said when they arrived they saw a van seat sitting by the roadside and clothing strewn about the ditch. Smoke was coming from the vehicles. When officers arrived, they instructed McKenzie to take Tabatha inside.

Names of the people involved in the crash were not immediately available, Lewis said.

Check back with LJWorld.com for updates.