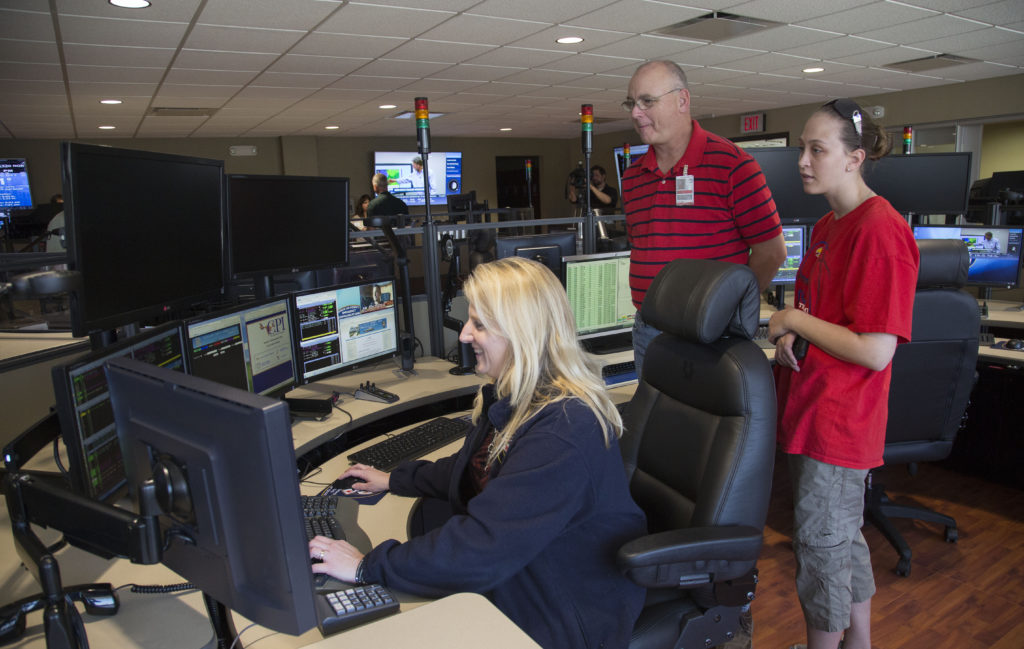 One of the first changes dispatchers will feel after settling into the Douglas County Emergency Communications’ remodeled $7 million center will be the chairs.

The thickly cushioned seats sat before each of the 10 new dispatch consoles during an open house for the remodeled center — and new radio system — at an open house Wednesday.

“They’re sat in 24/7, so we’ve got to get something more durable,” said Lori Alexander, deputy director of emergency communications.

“The need to communicate in a fashion of interoperability has grown because of large-scale incidents,” Lawrence-Douglas County Fire Medical Chief Mark Bradford said Wednesday. “We didn’t really have a method to do that before.”

Paid for with funds provided by both the city and county, the project also features an upgrade of the county’s computer-aided dispatch system in August.