When Ed Elmer made his regular commute in Washington State, images of disaster always flickered through his mind as Mount Rainier, one of the world’s most dangerous volcanoes, loomed massively in his windshield. What would happen if it erupted? Think of the countless commuters like him clogging Interstates 5 and 90. Imagine the devastation. 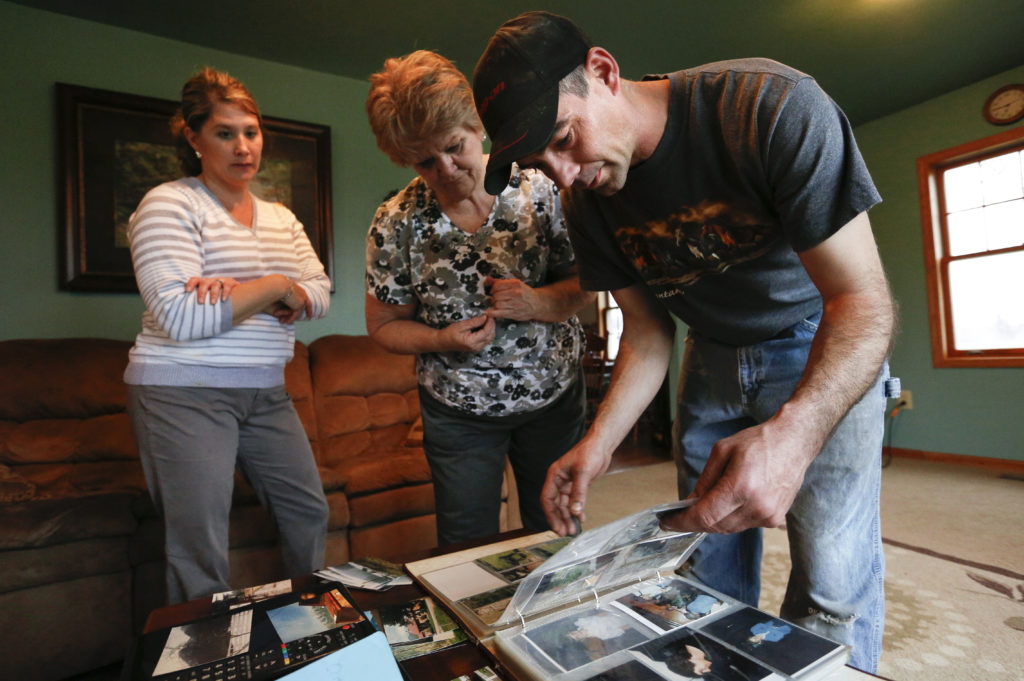 Ed Elmer sorts through a photo album Thursday at his home in Oskaloosa. The photos are of his years living in Washington State, where his family home near Oso was destroyed by the massive landslide on March 22 that killed dozens of people. With Elmer are his wife, Jennifer Elmer, and mother-in-law, Mari McKee, both of whom had also lived in the Washington home before moving to Kansas a few years ago. 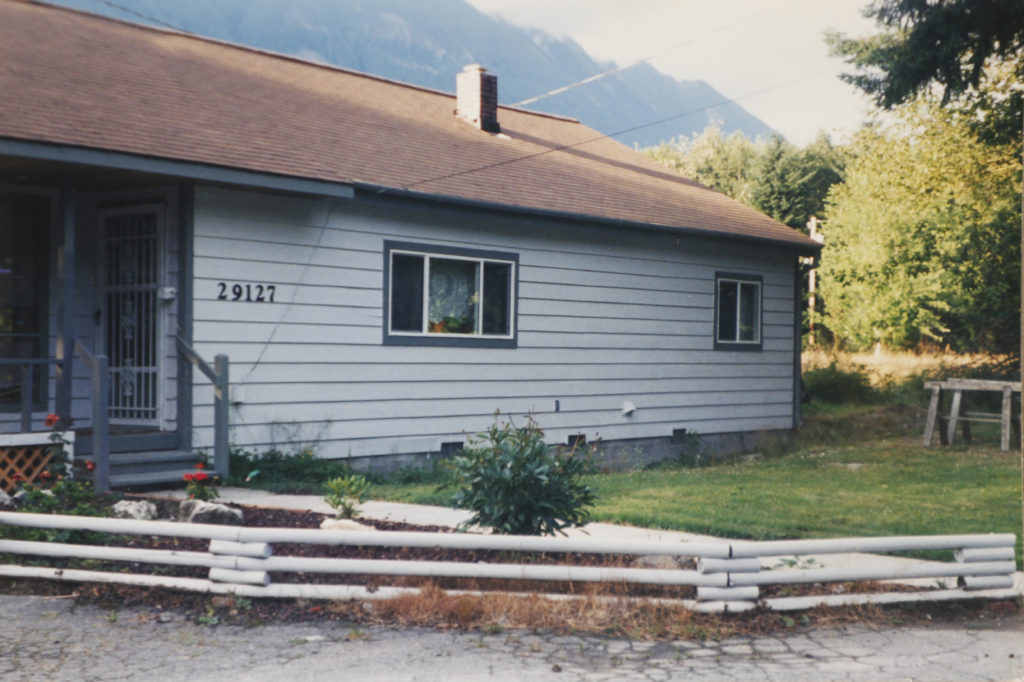 Ed Elmer's home, which was destroyed by the recent landslide near Oso, Wash., on March 22. 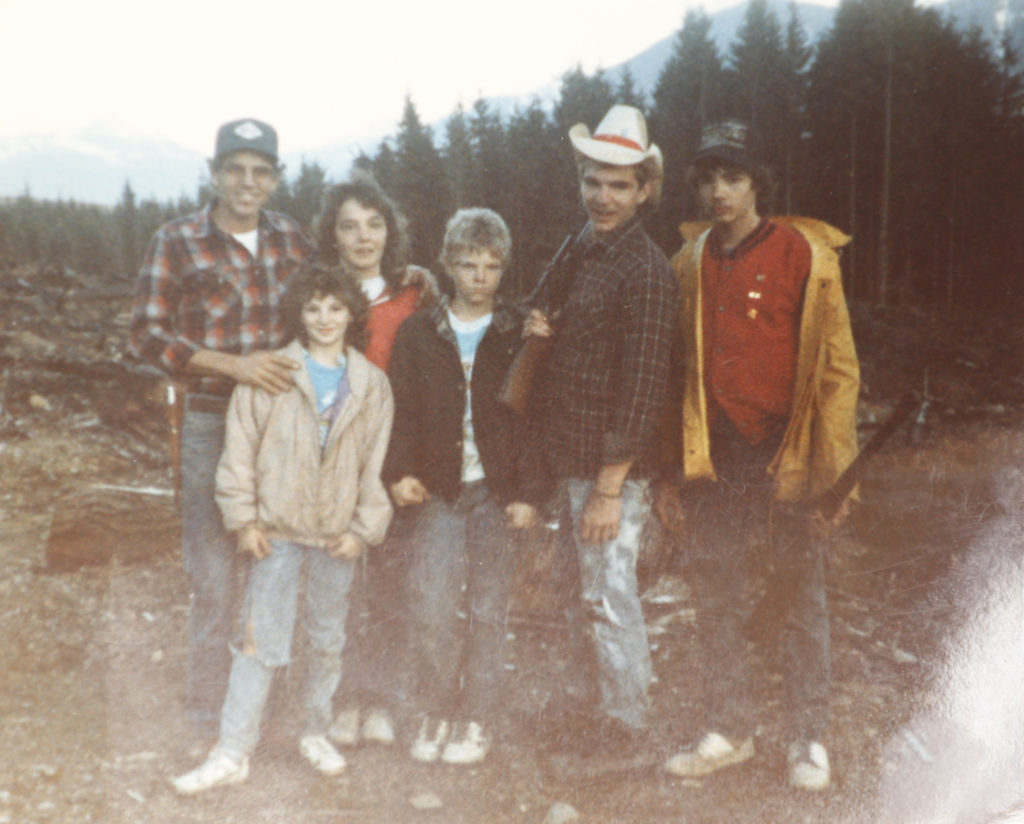 Pictured in this family photo are Ed Elmer Sr., wife Shirley Elmer, and their children, from left, Katherine Elmer (front), Jim Elmer, Mike Elmer and Ed Elmer Jr. This image was taken at their home near Oso, Wash., that was destroyed in the March 22 landslide.

“That occurred to me every day,” he said. “What if Rainier blew up?”

What never occurred to him was that the mountain in his own backyard could simply fall down — triggering a more intimate catastrophe, one that would rob him not only of friends and neighbors, but also of his childhood home.

“You just never thought of a mountain coming down,” he said of the March 22 landslide near tiny Oso, Wash., which — with 30 dead and more than a dozen missing — has become the worst disaster in Washington State since Mount St. Helens erupted 34 years ago.

Elmer, 42, originally from Eudora, moved to Washington with his family as a child. He remained there from the early 1980s until 2011, when he returned to his native Kansas with his wife and two sons. They now have a 50-acre farm just north of Oskaloosa, and he runs Ed’s Automotive there in town.

The Washington house he grew up in and later inherited, about 50 miles north of Seattle, was directly in the path of the mountain that gave way two weeks ago in an epic avalanche of rock, mud, trees and shredded houses.

On that Saturday, Elmer was shopping at Orscheln in Lawrence when he got a text from a friend in Washington that said “you might want to turn on the news.”

Thus started an agonizing two weeks, shared by many throughout the country, of not knowing who was alive and what was left. Initial figures had the missing in the hundreds.

Elmer figured out early that his family’s home, which he had been renting to friends, was pulverized. It took longer to determine that a friend in the house, Mark Lambert, 37, was “miraculously” alive, although his arm was badly crushed and might require amputation. Elmer said Lambert told him from the intensive care unit of the hospital Thursday night that he survived because he was thrown onto a collapsing wall of the house and was able to ride it like a raft to a point of safety about an eighth of a mile away.

Elmer’s immediate neighbor, an 81-year-old man, was found alive, he said, but the man’s wife was killed.

Every day of the last two weeks has been filled with anxiety, Elmer said, with reliable news trickling in slowly — most of it bad and defying belief.

Elmer and his wife, Jennifer, are grateful that Jennifer’s mother, Mari McKee, moved to Kansas two years ago. If she hadn’t, chances are she would have been killed or injured when the Elmers’ house, where she had been living, collapsed in the landslide.

“I’m just sure of it,” McKee said, noting her propensity to be home on a Saturday. “It just gives me the willies.”

The loss of life is staggering, the what-ifs haunting. But the loss of the family home is heartbreaking in a separate way for Elmer. This, he said, was where he spent his formative years, where he fished in the Stillaguamish River, where he hiked and romped on the mountain that’s no longer there.

“I was on that mountain almost every day,” he said of the landmark that was framed by a window at the back of their house.

The area’s alpine scenery is what inspired him to get a pilot’s license in the late 1990s, he said, so he could see it all from above.

The house was also the place Elmer called home when life’s milestones happened: the death of his parents, his marriage, the birth of his sons.

“It was the last place we were together as a family,” he said.

And his most precious memory: his brother Mike’s high school graduation party at the house. Mike was a year older, and the two brothers, unusually tight-knit, full of exhilarating plans, had the time of their lives that night, Elmer said. But just months later, Mike, at age 19, suffered a workplace accident that left him paralyzed from the chest down.

When Elmer thinks of the house –now gone, like Mike, who died last December at 43 — he recalls: “It was the last place I was with my brother when he was walking.”

For now, Elmer is trying to fathom what happens next.

His insurance policy — like most, he has been told — does not cover landslides. He still owes nearly $90,000 on the Washington mortgage for a house that no longer exists. Rebuilding isn’t an option, even if Elmer wanted to. There’s no land to rebuild on. He has an attorney to help him figure out what rights he has and what assistance might be available to him.

He has no plans to visit the area anytime soon, he said. He’s not even sure how close he could get or what, exactly, would be the point.

“One day I might go out there and rent a plane and fly over it,” he said. “Just to see what happened.”