“I’m going to send a letter to the Shawnee County District Attorney asking him to investigate for a possible open meetings violation,” Hensley said. 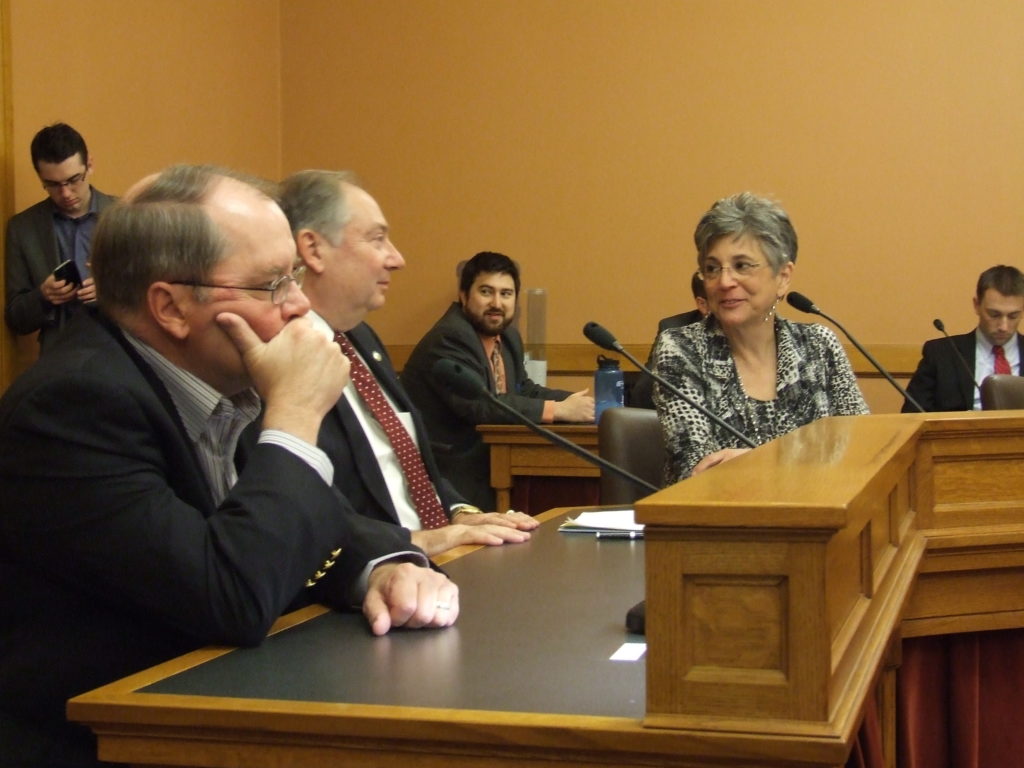 He made that announcement following an odd sequence of events that started around 1 a.m. when the House rejected the first conference committee bill on school finance.

About an hour later, budget negotiators for the House and Senate met again and quickly agreed to send a second bill to the floor of both chambers. The second bill was slightly different from the first.

Although it still contained additional money for poor school districts to satisfy a recent Supreme Court ruling, it included more money for local option budgets across the board, and it dropped a provision authorizing property tax credits for real estate owners who send their children to private or parochial schools.

But it still contained a provision to get rid of teacher tenure in Kansas, an issue that had drawn hundreds of teachers to the statehouse and who had vowed to remain there as long as lawmakers kept meeting.

With that tentative agreement, the Senate announced it would recess until 6 a.m. Sunday, at which time they hoped to have the new bill printed. The House had recessed until 10:30 a.m. Sunday. At that point, many of the teachers, as well as some news reporters and most lobbyists, left the building with plans to return by 6 a.m. Hensley himself was among those who left.

Then, at some point shortly after that, Republican leaders hurriedly called another conference committee meeting to work further on the bill.

Sen. Jim Denning, R-Overland Park, who is part of the Senate negotiating team, said an announcement was made on the House floor. And he said notices were posted on bulletin boards outside both chambers. And when asked whether the news media had been notified, Denning said he believed they were.

“They’ve been with us almost the whole entire time, so I’m positive they were aware of it,” Denning said.

But Hensley said no announcement was ever made on the floor of the Senate, which had adjourned for the evening, and no notice was ever posted on the Senate’s bulletin board.

Hensley said he was contacted by a member of his staff and was told to come back to the Capitol to work on the bill.

Afterwards, Hensley refused to sign the new conference committee report, a move that forced the legislature to go through extra procedural steps so the House and Senate could debate a conference report that had not been signed by all six members of the conference panel.

The Senate plans to vote on that bill Sunday afternoon. If it passes there, it will go to the House later Sunday evening.