Rosilyn Wells wants everyone in Lawrence to know her name and face. Many of them soon will.

For the next several months Wells will serve as the community’s resource for the Affordable Care Act, aka Obamacare, which requires that nearly every American have health insurance and provides tax credits for those who can’t afford it. 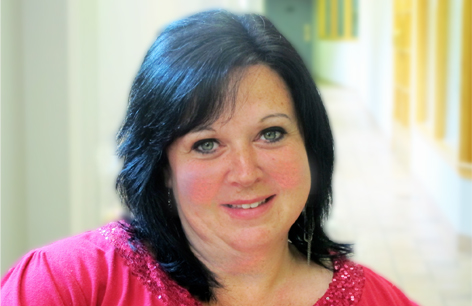 Wells, the only full-time Affordable Care Act navigator in Lawrence, will work out of Heartland Community Health Center, 1 Riverfront Plaza, Suite 100, but she’ll help anyone in the area who has questions about the 2010 health care law. With a major piece of it to be unveiled Tuesday — its online health insurance marketplace — Wells plans to be busy. In addition, Kansas, unlike several other states with Republican-controlled legislatures, has not restricted the activities of its navigators.

“I’m here to help educate people and answer their questions about the Affordable Care Act, and help them with the enrollment process if need be,” she said.

She plans to spend much of her time informing people, as she has at a couple of recent public events, that the law even exists. “I’m trying to go to every fair, every school carnival,” said Wells, 40, who also will be participating in several upcoming Affordable Care Act-related forums in Lawrence. “I just want to get everybody to know who I am in Lawrence and surrounding areas.”

Part of her job will consist of apologizing to people who will not be helped by the health care law. Because Kansas has elected not to participate in the Affordable Care Act’s Medicaid expansion, an estimated half of Douglas County’s 16,000 uninsured residents are expected to continue to go without coverage.

Wells, whose position of outreach and enrollment specialist is supported through a federal grant, was hired to work in Heartland’s front office in May but later applied for the navigator opportunity. She has previous experience with the health care industry, working for the Centers for Medicare & Medicaid Services and as a volunteer for Senior Health Insurance Counseling for Kansas.

There will be other trained navigators in Lawrence, plus certified application consultants, who, unlike navigators, cannot enroll consumers or small business owners in the online marketplace. But Wells is the only one doing it full time. She can even go to people’s homes if they can’t get to Heartland, and the health center has a Spanish translator available.

Those interested in making an appointment with Wells can reach her at 785-841-7297, ext. 219, or rwells@heartlandhealth.org.