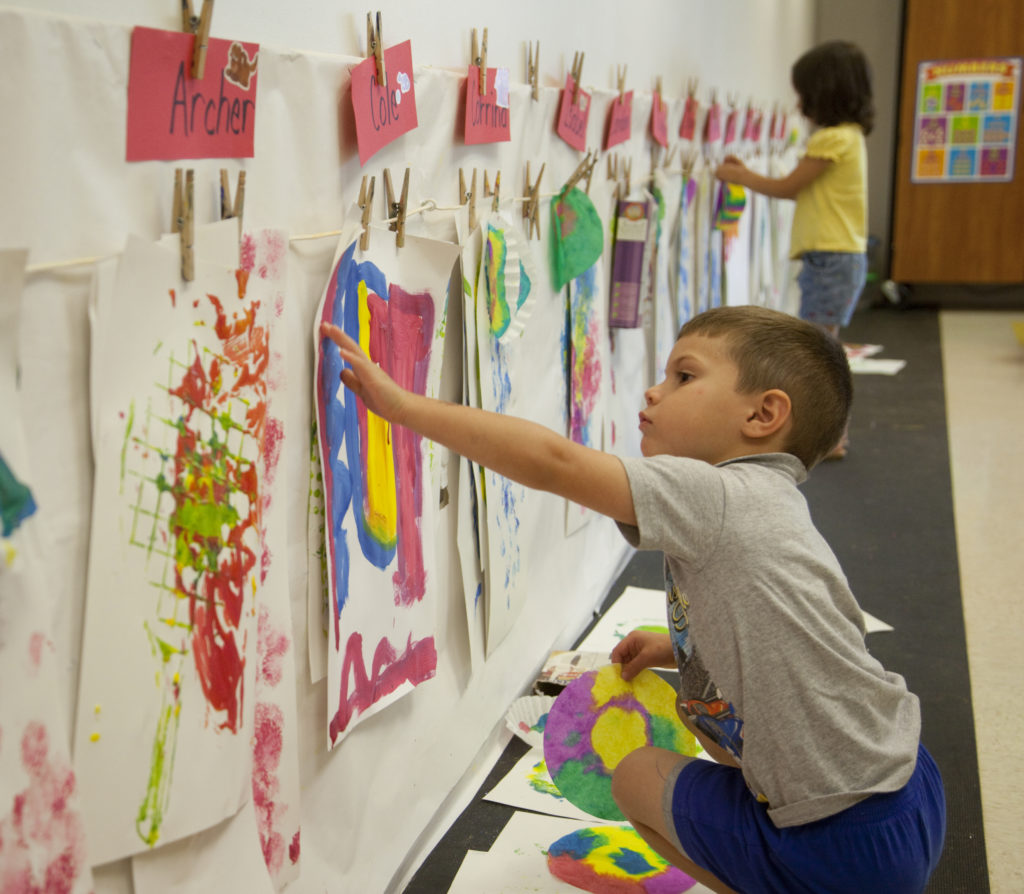 Pre-school student Cole FitzGerald puts up his most recent work or art on the wall in his Lawrence Arts Center classroom Thursday, Sept. 12, 2013. The Arts Center's STEAM-based curriculum overlaps areas of science, technology, engineering, arts and math for students. 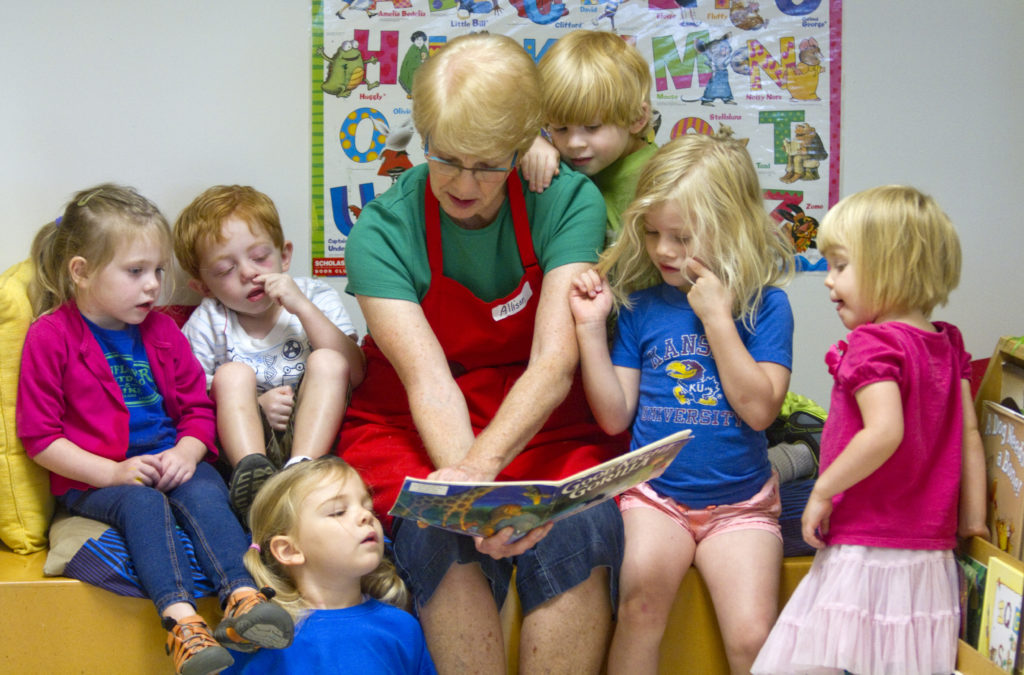 On any given day during the week, the Lawrence Arts Center is abuzz with preschool children involved in painting, dancing, sculpting with clay or building toy cars that speed down a ramp.

The activity involves more than just fun and games, although there still is plenty of that, said Margaret Morris, who oversees educational programming at the center.

It’s also about getting kids actively engaged in both science and the creative arts at the same time — two different realms of human activity that, for many years, have been treated by teachers and students alike as polar opposites.

But the point of the program, as well as other programs the arts center has for older students, is to dispel the myth that science and math simply don’t mix with creativity and artistic expression, and that students can excel at one or the other, but seldom both.

“It’s helpful to do that when you’re really wanting to delve into things, but you also have to balance that with what we call project-based learning, which is actually putting everything together in a place where you can explore things really deeply.”

From STEM to STEAM

For many years, education experts grouped one set of studies into what were called STEM courses — science, technology, engineering and math. State and local policy makers have also emphasized those specific courses as being more important than others because they occupy an important place in the national and global economy.

But in recent years, many educators have started to push for putting arts education into that same package — turning the acronym STEM into STEAM — arguing that from an educational standpoint they all involve developing similar skills.

“In real life, things aren’t separated out like that,” Morris said. “Music involves physics and math. Sculpture involves all those different things.”

Susan Tate, CEO of the arts center, said the center began building a STEAM-based curriculum about three years ago with grant funding from the Elizabeth Schultz Environmental Fund of the Douglas County Community Foundation.

“At that time, we were looking at the very, very early integral connections between science and art,” Tate said. “As early as, for example, 500 B.C. In the golden age of Greece, when science and sculpture and architecture were considered part of the same studies. And then we were looking at 14th century Florence, in which, during the Renaissance, there was no separation between science and art. We began to take those moments in history as focal points for developing lesson plans for a STEAM curriculum.”

To build the program, Tate said the arts center contracted with scientists, science teachers and art teachers. The curriculum itself is based on national science and arts standards, she said.

“In our perspective, science is only artificially separated from art anyway,” she said. “In fact, whether we’re teaching movement in a dance studio, or making metal sculptures or glass in the glass and metal studio, there are scientific principles always at play, and our curriculum makes these explicit in developmentally appropriate ways for children.”

Much of the programming takes place during the summer, Morris said, when older kids have the largest blocks of time available.

“To do this kind of integrated learning, you really need to have large chunks of time because it takes a long time, and you want it to,” Morris said.

But STEAM-based programs are also available throughout the year, especially during the center’s School’s Out camps, held on days when school is not in session.

The next of those will be the Monsters Academy of Higher Learning, scheduled for Friday, Nov. 1, when elementary schools in the Lawrence school district are not in session.

That’s a day when kids can wear their Halloween costumes once more and learn about what it takes to be a successful monster: “inspiration, innovation, fearlessness, art, science, and creative movement … and other monsters,” according to the arts center website.

Another will be held Nov. 7-8 called Comic Con, a local spinoff on the international science fiction and fantasy convention held in San Diego.

Parents can enroll their kids in the programs through the Lawrence Arts Center website, in person at the arts center, 940 New Hampshire St., or by phone at 843-2787.