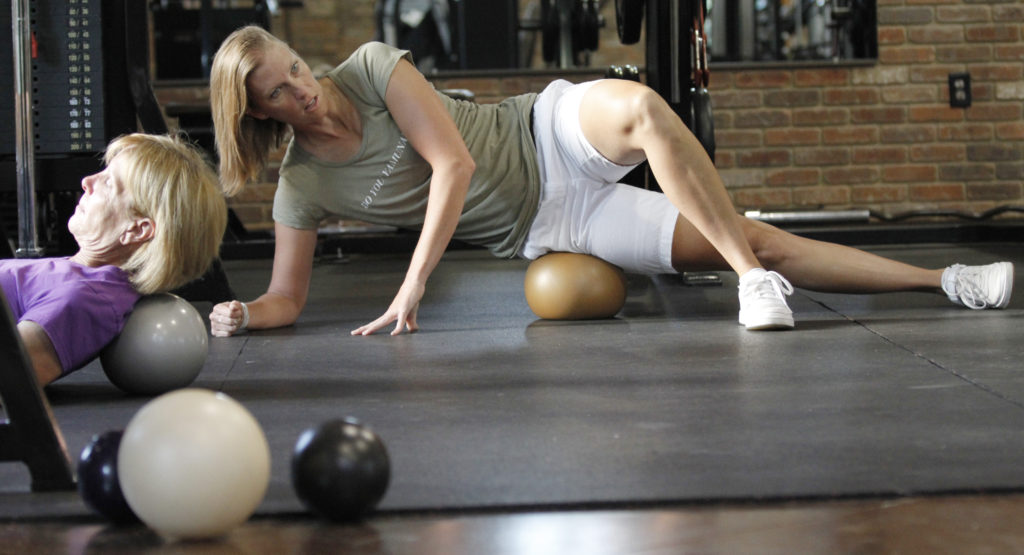 Stacey Decuir was suffering from migraine headaches but didn’t want to resort to medication. So the Lawrence stay-at-home mom tried something outside the box yet completely natural: rolling on a ball.

It worked. About a year later, she says, her headaches are more infrequent and less intense. 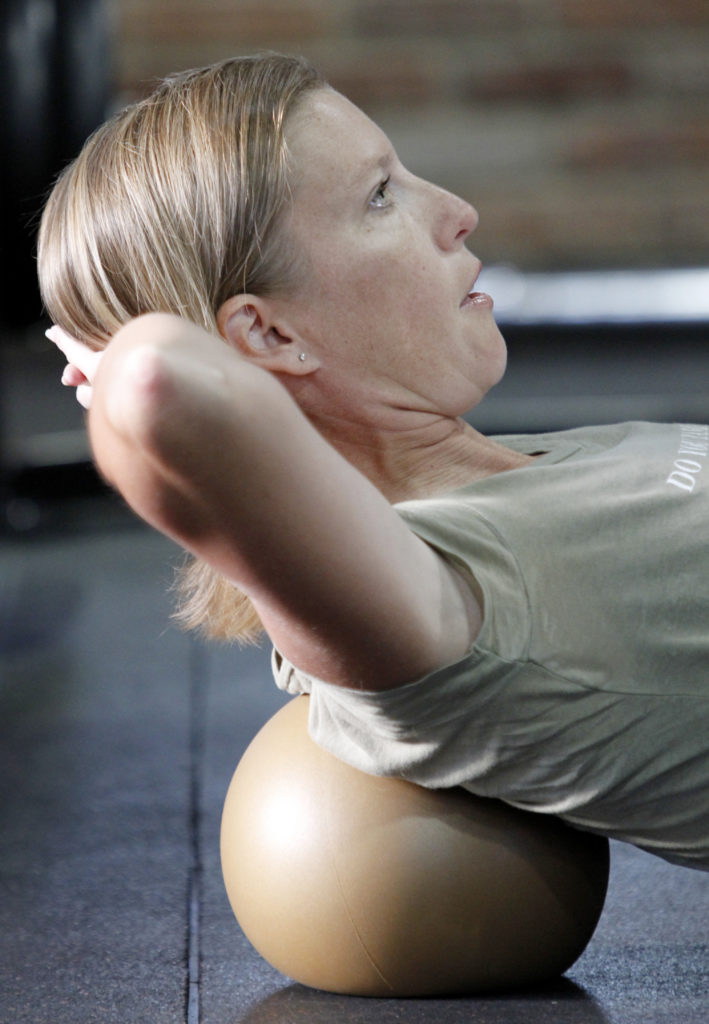 Becky Bridson, a Lawrence Yamuna practitioner, does some body-rolling exercises using balls of various sizes to slowing massage and stimulate her muscles.

Decuir, 35, can thank her personal trainer, Becky Bridson, for showing her the technique, called Yamuna body rolling. Bridson was studying exercise science at Kansas University a few years back when she saw an article in the Journal-World about Yamuna.

She trained with the method’s founder, Yamuna Zake, in New York, becoming certified in the practice. Since then, she has taught body rolling to everyone from people with multiple sclerosis to athletes looking to heal better from workouts.

Body rolling is equal parts yoga, stretching and self-massage. Participants place different parts of the body, such as the shoulders, arms, legs, hands and feet, on top of an inflatable ball, then roll. On the spine, for instance, participants move the ball up and down each side of their back, holding and breathing between each vertebrae to elongate the spine. The pressure from the ball is supposed to stimulate the body’s tissue so it becomes more elastic and doesn’t stick to the bone.

Advocates say it can help with such conditions as TMJ, shin splints and asthma; improve posture, range of motion, alignment, muscle tone, flexibility and organ function; and eliminate stress and tension. It is often used as a complement to yoga. It is also something people, if they have the Yamuna balls, can do on their own.

“This is self-care, self-therapy, self-awareness, self-empowerment,” said Bridson, 36, of Lawrence. “It allows people to heal themselves.”

Mary Dillon suffered from arthritis before a battle with cancer made it even worse. She also has serious back problems. Then, a couple of friends recommended that the Lawrence special-needs tutor try body rolling. She started working with Bridson about six months ago.

Dillon, 52, said Yamuna has helped ease of her pain and, best of all, allowed her to remain active, playing tennis, lifting weights and riding her bike. 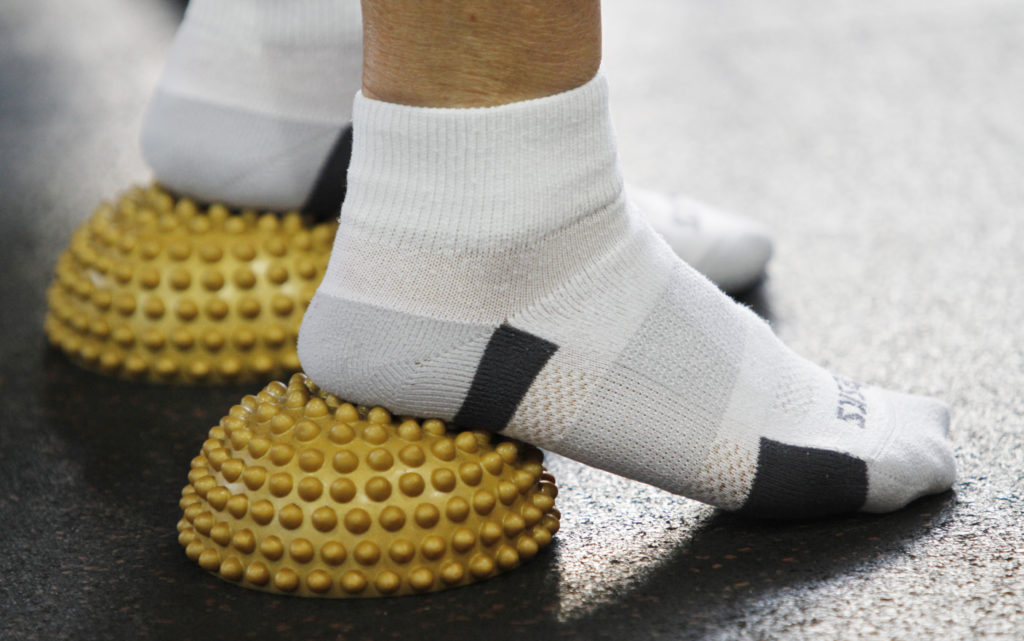 Anita Dougherty said body rolling has helped alleviate some of the pain and tightness from her rheumatoid arthritis and, in turn, reduce the amount of medication she takes for it.

“It is like a massage,” said Dougherty, 62, a Lawrence publishing company employee. “I feel much more calm after I do it.”

Yamuna has even helped Bridson with her own lower-back issues. She now does some form of body rolling every day. She admits she’s probably addicted. Bridson, a former college basketball player at Washburn University, was originally attracted to Yamuna because it used balls.

“I also wanted to do something where I could help people even if I wasn’t working with them in a personal-trainer capacity,” she said, giving as an example a cellist she assisted with dexterity. “The idea is to keep the body healthy and active.”