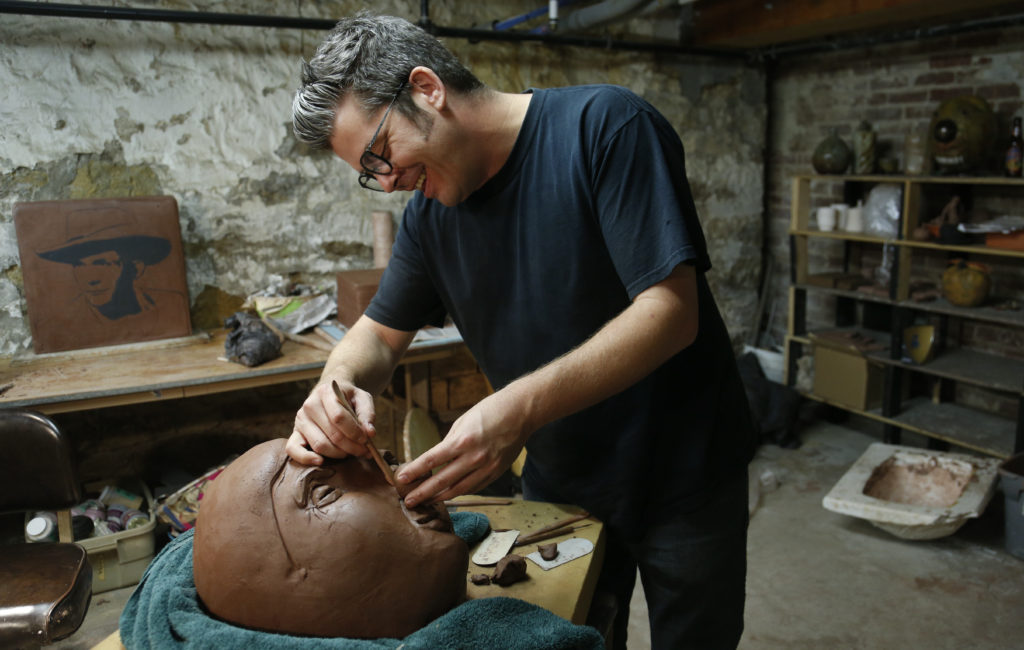 Lawrence artist Ben Ahlvers works on a ceramic sculpture on Tuesday, Oct. 1, 2013, in his studio at the Poehler Lofts building.

This is the first in a series of five stories highlighting winners of this year’s Phoenix Awards. Watch the Journal-World’s A&E section for profiles on the other awardees.

The Lawrence Cultural Arts Commission bestows the awards annually to local artists and art supporters. The public is invited to a free reception recognizing the winners at 2 p.m. Nov. 3 at the Lawrence Arts Center, 940 New Hampshire St.

Ben Ahlvers’ ceramics will be featured in a solo show opening Oct. 25 at the Invisible Hand Gallery, located inside the Cider Gallery space at 810 Pennsylvania St. The show, titled “Shake. Shaky. Shakey.,” runs until the last week of November. 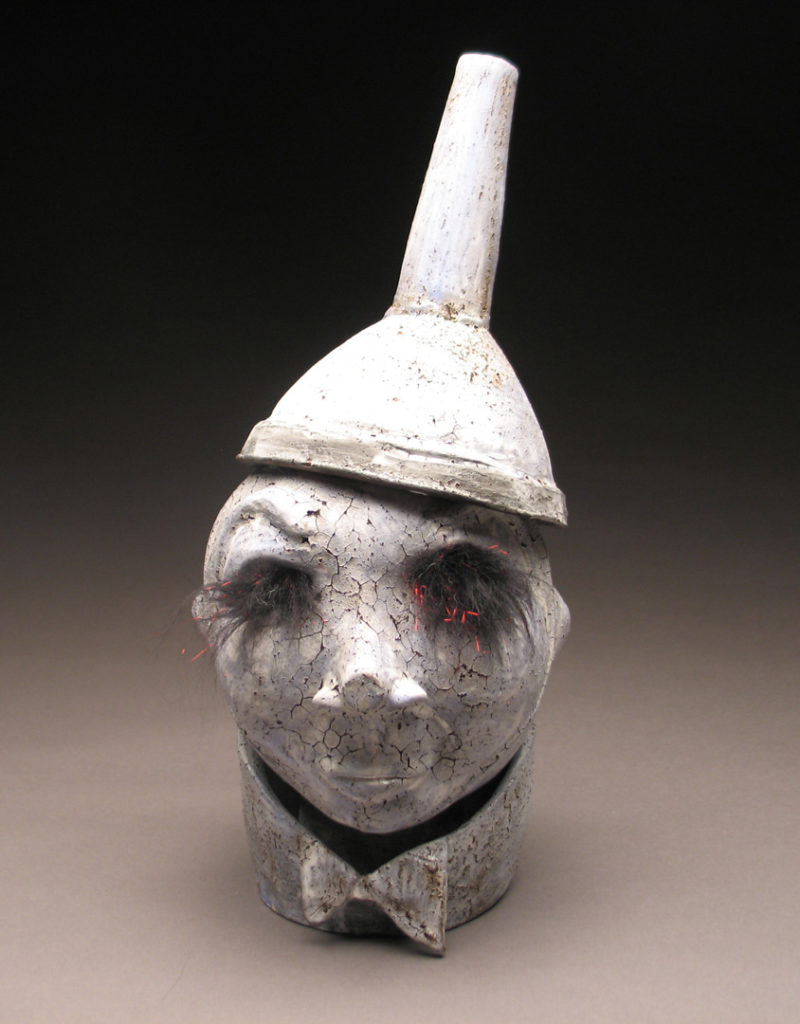 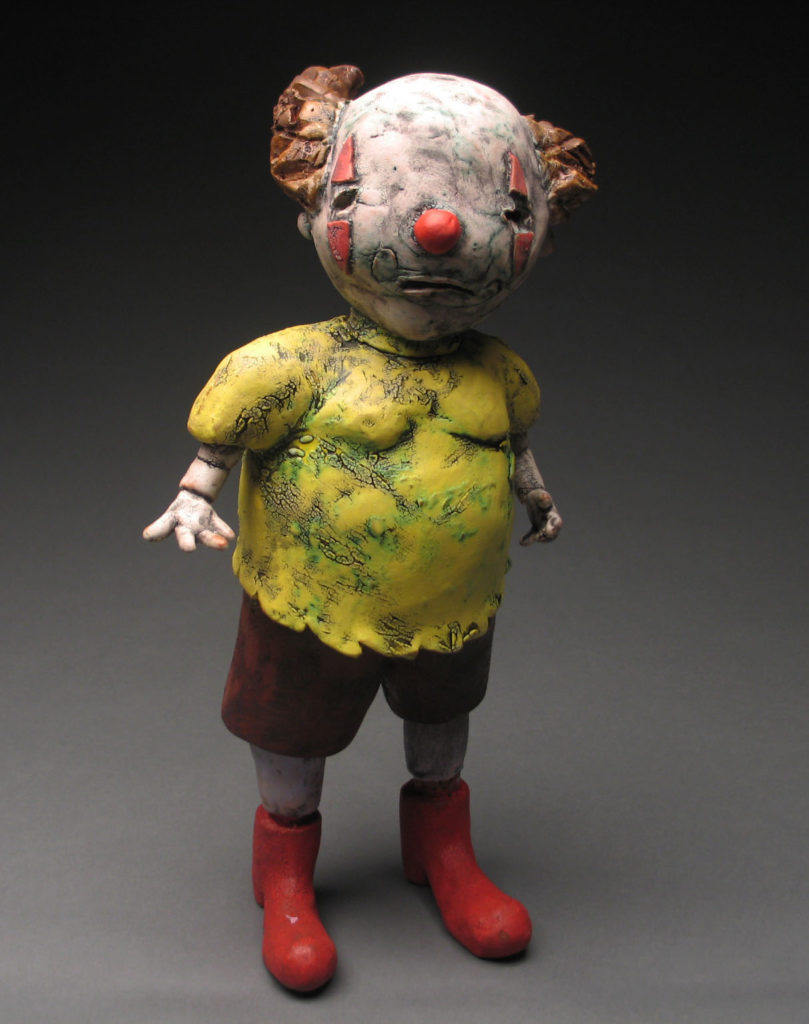 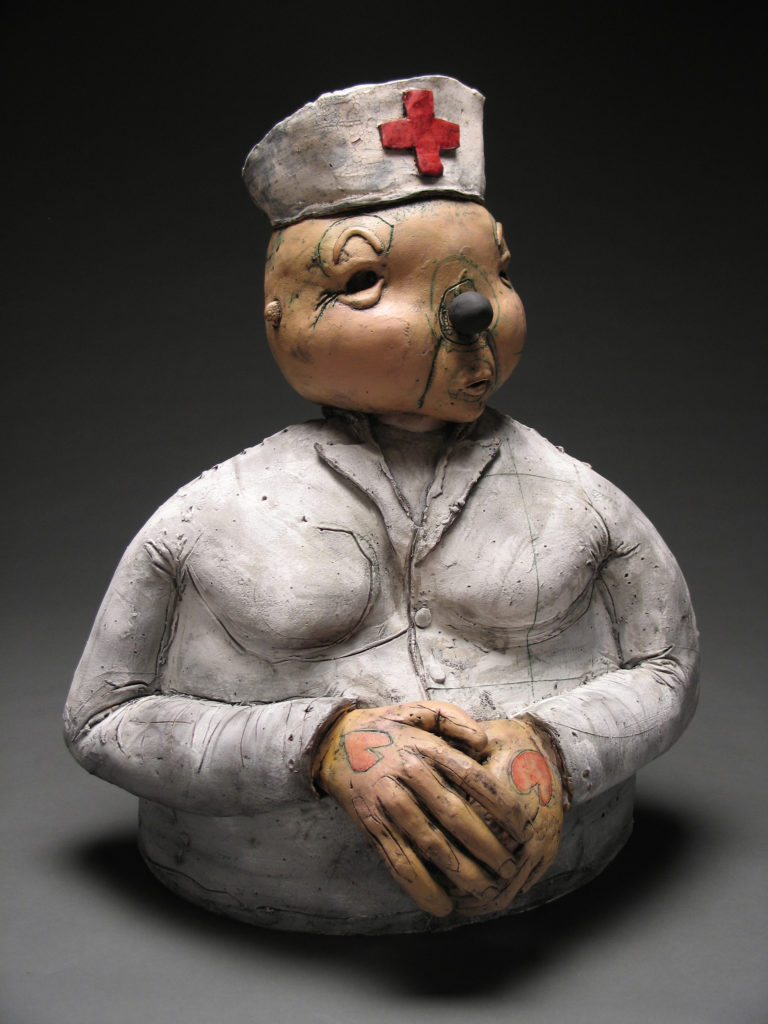 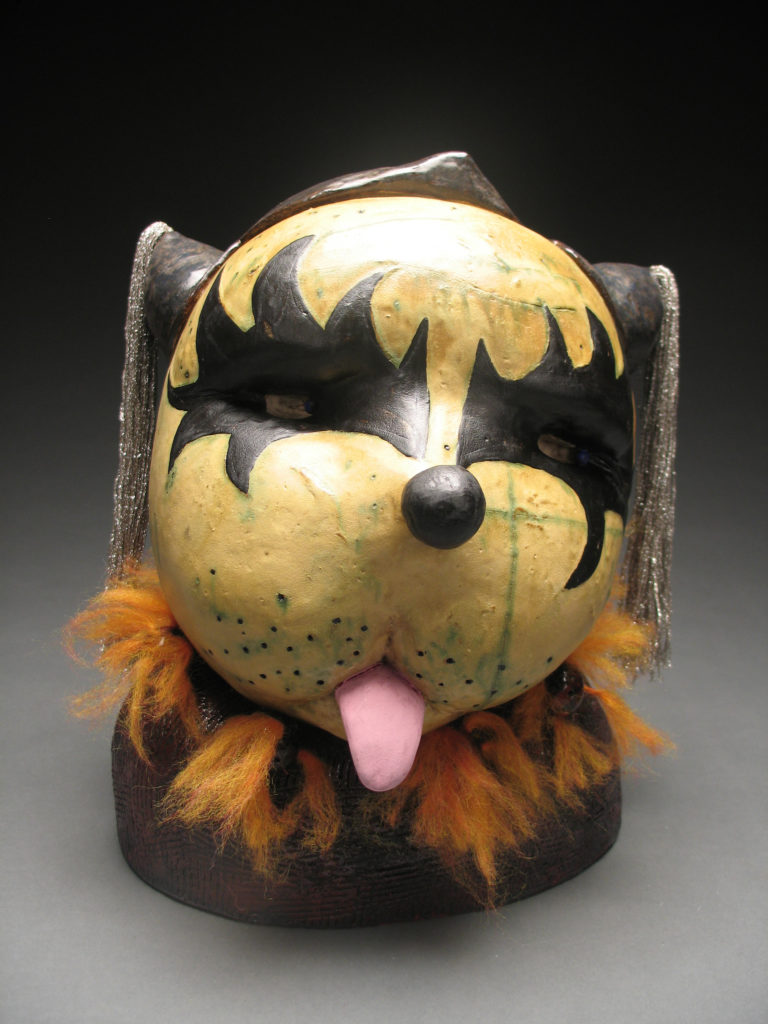 Ben Ahlvers has something to say.

And when he’s not working fulltime as the Lawrence Arts Center’s exhibitions director, being a dad of two or organizing community arts events, he’s in his studio making clay do the talking.

“It’s always a personal narrative,” Ahlvers says of his artwork. “I have something to say, and I think I can say it in a way that nobody else can.”

Ahlvers is one of five 2013 Phoenix Award winners, taking the honors in the category of visual arts.

“Ben is a vital part of the Lawrence and regional arts scene as an artist himself, a mentor to artists and director of exhibitions at the Arts Center,” Executive Director Susan Tate and other Arts Center leaders wrote in their nomination letter. “Beyond these capacities, he works to connect art and patrons, develop and implement a cultural district and keep the focus on artistic vitality and integrity.”

Ahlvers has a national reputation as a ceramics artist and has used his connections to help make Lawrence a mecca for ceramists, Tate says. Among other partnerships, he established the Arts Center’s biennial national ceramics symposium, which draws ceramists from across the country to teach and lecture for local artists and ceramics lovers.

Ahlvers’ own artwork is mostly heads and busts, which are hand-built and glazed in multiple colors. Texture covers every surface, from scored and divoted clay to drippy and peeling glazes.

Humor and lightheartedness characterize most of the figures. (Ahlvers has heard people use the word “cute.”) His body of work is full of silly faces, clownlike round noses and cartoonish animals.

But the same figures also are mysterious — even creepy. The funny fat man’s skin is sallow and crackled. Unsettling black wool protrudes from the friendly Tin Man’s eye sockets. The pink raccoon’s face is grotesque and askew.

Ahlvers grew up in Granite City, Ill., which he says was a steel town full of texture and blue-collar jobs. He did some himself — unloading barges, industrial cleaning and packing shotgun shells — long enough to loathe the lack of creativity but to develop patience and appreciation for the regimen.

In college, Ahlvers was drawn to the immediacy of clay and the rules that must be followed to create art from it — sculpting, covering, drying, glazing and firing, always avoiding pitfalls that could compromise the stability of the piece. He primarily made pots and vessels before he found himself decorating them and eventually abandoning them altogether in favor of non-functional pieces.

Ahlvers loves and is inspired by music (from Hank Williams to the Pixies, and anything in between), noting that listening to a song can take a person to a place in his own history or a place that doesn’t really exist.

He hopes his sculpture can do the same.

Ahlvers’ work is rooted in personal experiences — not all of them entirely pleasant. He says making art has been a way for him to “talk about” things without completely exposing himself.

“Sarcasm, nostalgia, fear, honesty and dishonesty are all layered in my art,” reads his artist’s statement. “There is a vein of wit and humor, with an undertone of deviousness and mystery that is constant in my work. This is an attempt to take the edge off the personal narrative and open access to universal conversations of self and relationships.”

Ahlvers says he aims to show his art two or three times a year. He creates only a couple or so pieces a month, he says, but he tries to ensure that making work is a constant. When he’s not spending time in the studio, he says, everything else seems to fall apart.

While Ahlvers does sell most of the work he makes, he says his creative process doesn’t involve worrying about what people will think about his work or who might buy it.

“I have to focus on what I’m trying to say with it, and stay true to that,” he says. “That has to be the core.”