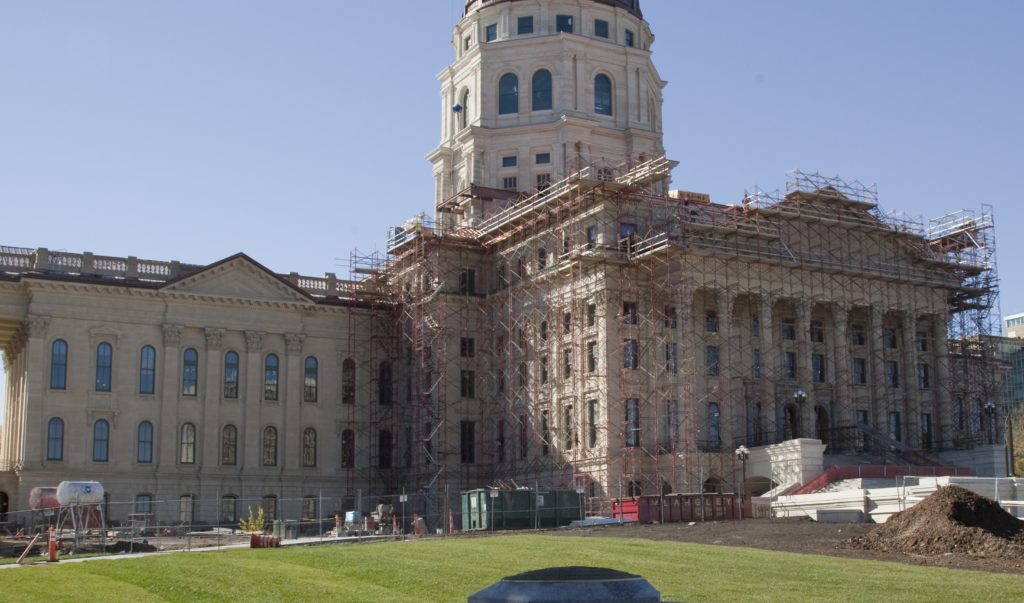 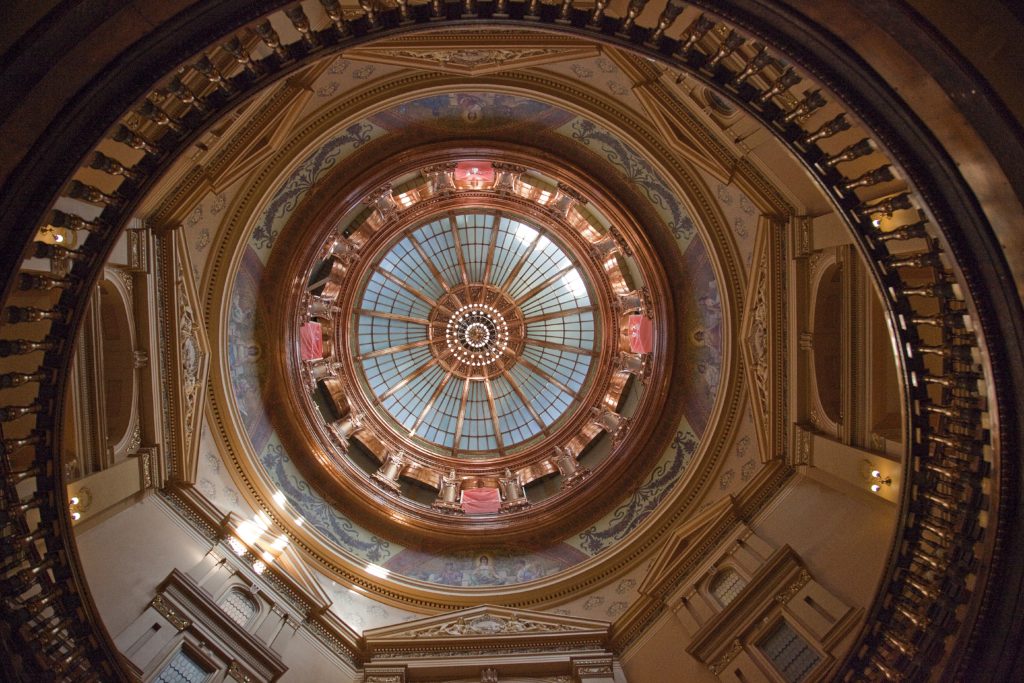 Inside the Kansas Statehouse looking up one can view the dome restoration. 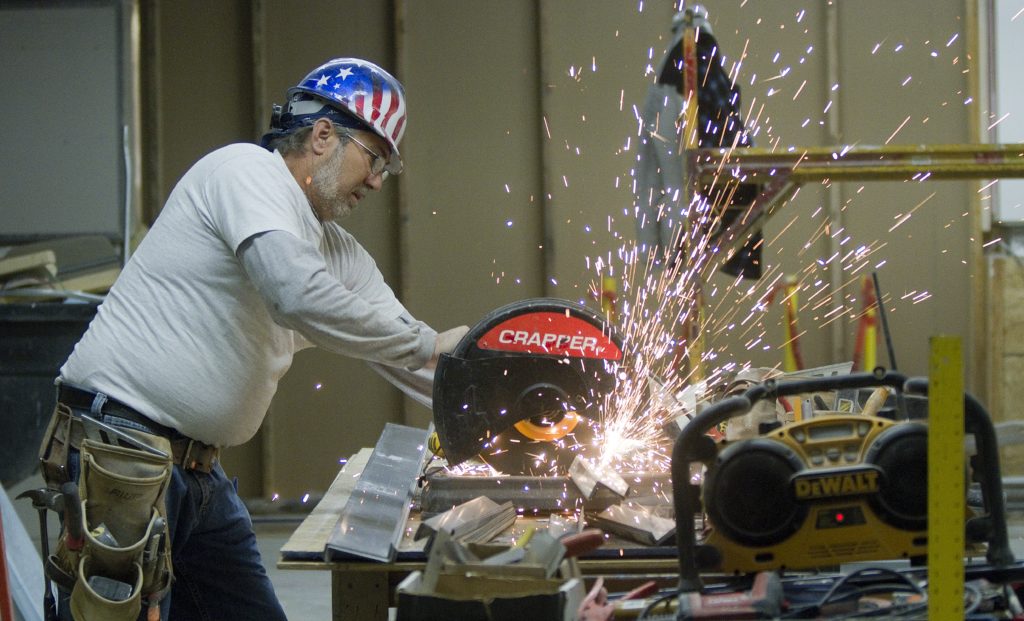 Brian Anstaett of Skyline Construction, of Topeka, cuts some steel for a room in Kansas Statehouse.

Perhaps it is hard to believe, but the end of the construction at the Kansas Statehouse — about 12 years’ worth — is nigh.

Construction is expected to be nonexistent inside the building by the new year, when work on the roof and visitor center should be wrapped up. Meanwhile, miscellaneous exterior work is expected to be finished in the spring, according to Statehouse Architect Barry Greis.

After that, the Capitol will be a finished product.

“I really do hope the citizens of Kansas visit the Statehouse and see the transformation that’s occurred,” said Vance Kelley, a partner at Treanor Architects, which has led the restoration effort at the Capitol since it began.

Envisioned more than a decade ago as a $90 million to $120 million modernization of the building, the project has since ballooned, with a price tag approximately three times that amount, with the addition of several large projects.

When considering all of the work that’s been planned for — and put into — the Capitol since construction began in December 2001, Greis said, about 95 percent is finished.

Once the roof and visitor center are completed, all that will remain is removing a large crane, filling in the hole that was dug out for it, laying down concrete for a driveway and some lighting and landscape work, according to Greis. Weather permitting, he said, crews could begin those projects as early as January.

The price tag’s grand total was estimated to be $332 million in August 2012; more than a year later, Greis said that tab is still accurate.

The building will still require routine maintenance and repairs, Greis said, but it could go another 100 years before undergoing another renovation. It’s roof, he said, could possibly last an additional 50.

State Sen. Anthony Hensley, D-Topeka, who has worked in the Statehouse as a legislator since 1992, said the length of the construction was not ideal but that all the resources put into the makeover were worth it.

“I think the proof in all this is the way the building looks now,” said Hensley, who was misplaced from his office for three years during construction. “It was a real outdated, dingy-looking building inside, and now things have been brought back to the original look.”

Others have expressed more frustration with the renovation.

In August 2012 the Lawrence Journal-World quoted Gov. Sam Brownback as saying, “I haven’t been the biggest fan of this project.”

Nevertheless, both Greis and Kelley said it was an honor to work on such an undertaking.

“When you have a building that is probably the most well-known in the state of Kansas… you’re just humbled to be involved,” Kelley said.