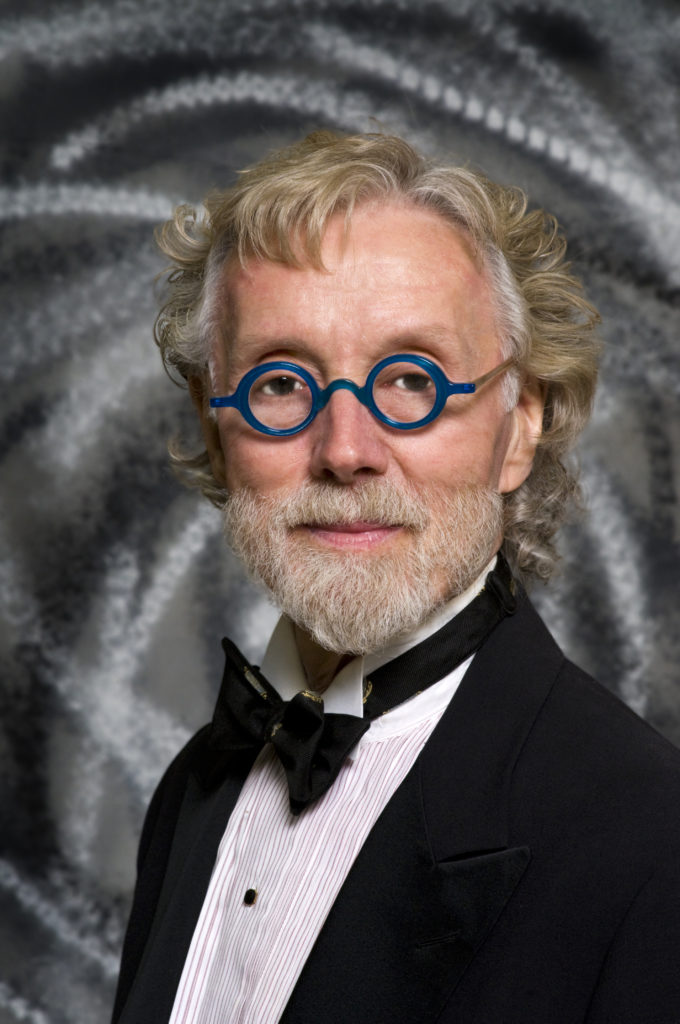 Castle at the Spencer

The Spencer Museum of Art at Kansas University has several Wendell Castle artworks in its collection, and will soon have one more.

Castle announced last week that he would give “Nirvana” (2007) to the museum. The vivid blue polychromed fiberglass sculpture measures 34-by-62-by-33 inches and is expected to arrive at the museum within the year.

“We are delighted by the gift of this beautiful work by Wendell Castle, an American Master,” museum director Saralyn Reece Hardy said in a news release. “The choice of ‘Nirvana’ represents his astonishing recent work and demonstrates his ever-expanding creative imagination and skill. Castle is one of KU’s most distinguished alumni. We are grateful and so eager to share the work with students and the public.”

The museum is located at 1301 Mississippi St. Look for Castle’s sculptures in the 20/21 Gallery. 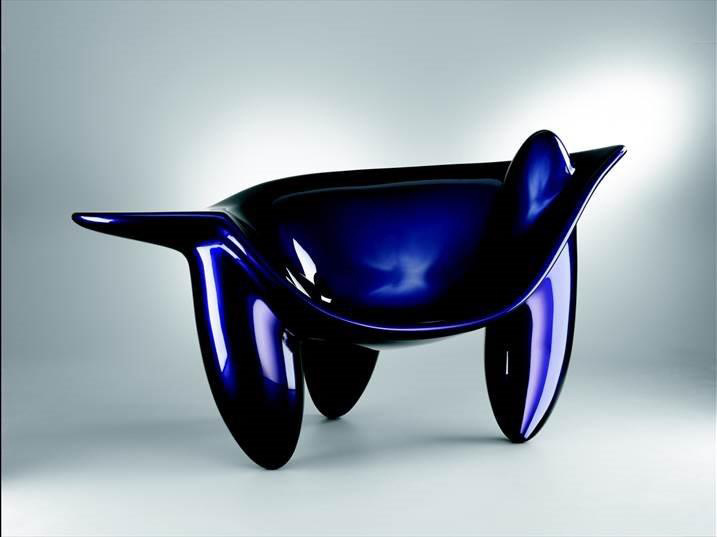 Artist Wendell Castle, often called the father of the art furniture movement, announced that he would give this work to Kansas University's Spencer Museum of Art. The polychromed fiberglass sculpture, entitled Nirvana, was created in 2007. It is the third in a series of eight Nirvana chairs. KU honored Castle, who holds bachelor's and master's degrees from KU, with an honorary doctorate degree in 2013.

It was around 1960 when a Kansas University sculpture student named Wendell Castle started work on a “strange, hybrid object” that defied established artistic definitions — even if no one else but Castle knew it yet.

Castle entered the object as a sculpture in a juried show at Kansas City’s Nelson-Atkins Museum of Art. As hoped, he says, it was accepted.

Was this chair comfortable?

Then again, that wasn’t the point, and hasn’t really been since.

Castle has made transcending furniture to the level of fine art his life’s work. He’s been called the father of the art furniture movement, has pieces in the country’s most prestigious museums and Sunday plans to be in Lawrence to receive an honorary doctorate of arts degree from KU.

Castle, now 80 years old, is anything but complacent.

As he has since his KU days, he continues to set goals, and when he reaches one he sets another. Getting a “chair” into an art show was only one step toward success in his mission, as was later selling a piece of “furniture” for a price comparable to a fine-art sculpture.

“The day that happened — and it did happen — I realized that didn’t mean anything,” Castle says. “You have to set a higher standard, a higher benchmark … I just keep raising that bar.”

Castle was born in Emporia, though he and his family lived in the tiny nearby community of Staffordville. They later moved to Holton, where Castle graduated from high school.

Castle took his first art class his third semester at Baker University, and discovered he was good at it. The instructor encouraged him to find a better place to pursue his talent, and he enrolled at KU as an industrial design student — a “compromise” with his parents between the art he wanted to pursue and a degree they thought might lead to employment.

He brought some plywood into the studio and was using it to make storage cabinet for power tools, he says, when the teacher noticed and said something along the lines of, “What are you doing with that? You should be spending your time making art.”

“I really hadn’t thought so much about furniture before,” Castle says. “And I wondered why furniture couldn’t be art.”

Castle moved directly to New York City after completing his master’s, set up a small studio and worked to find gallery representation. When a job offer of teaching furniture design at Rochester Institute of Technology “came out of the blue,” Castle took it. His art career didn’t seem to be moving quickly, he says, and he realized he needed to cement his mission — was it going to be furniture or art?

Continuing to make sculptures while teaching, he decided that his work would be both.

“For me, furniture — or at least my furniture — was art,” he says. “And so I wasn’t trying to differentiate.”

Castle also saw opportunity. After all, he says laughing, when you’re pioneering a field no one knows exists, reaching the top of it should be attainable.

Traditional furniture tends to be architectonic and rigid, Castle says, with just enough material to make the piece functional — such as a thin, smooth table leg. Inspired by sculptors like Henry Moore and Constantin Brancusi, Castle sought to interject his pieces with volume and organic shapes.

“I knew that what I really had as my life mission was to take furniture and raise it up to the level of the fine arts,” he says. “It seemed to me that perhaps the best way to do that was to use the vocabulary of sculpture.”

Phil Hofstra first saw Castle’s work at Spooner Hall, KU’s art museum before the Spencer Museum of Art was built. Hofstra — KU professor emeritus of design, professor of practice in architecture and former associate dean of fine arts — was a student at the time.

“I walked through the show, as one might say, completely blown away,” Hofstra says. “Here were these just absolutely stunning organic pieces that also had (Hofstra pauses here to apologize for using such a mundane word to describe this work) the utility of being furniture.”

At a time in art and design when “the minimalists were sort of running the show,” Hofstra says, Castle’s work stood out.

While Castle first made a name for himself in the 1960s, a 2011 show at Belger titled “Wendell Castle in the 21st Century” aimed to emphasize that he’s still active and his craftsmanship as exquisite as ever, Dickens says.

“People that saw that show were very impressed, and frequently came back for a second visit and brought somebody with them,” Dickens says. “Their jaws were dropping when they saw his new work.”

He puts pencil to paper to discover new shapes and new ways of combining sculptural elements. He’s embraced technological advances and even has robots in his studio that can carve in ways hands can’t.

Even if you’re successful, Castle says, doing things the same way over and over means you’ve left out an important step: you’re not discovering anything new.

“Art can’t be about habitually just sort of doing the same thing, even if it works,” Castle says.

Castle lives and works in Scottsville, N.Y., a suburb of Rochester, and spends time each month in New York City.

Now, he’s working on pieces that will ship within weeks to Paris for a one-man show opening in September. He’s also installing a large cast-iron piece in the University of Rochester sculpture garden. Soon he’ll begin a body of work for a show in South Korea, opening around this time next year.

Castle already has honorary doctorates from three other colleges: St. John Fisher College, the State University of New York and Maryland Institute College of Art. But, he says, receiving the honor from KU is the most personally meaningful.

“I have an awful lot of respect for the University of Kansas because it set me on this track where I am now,” Castle says. “Turns out that industrial design and sculpture was the perfect combination.”