Daytripper: Hutchinson is out of this world 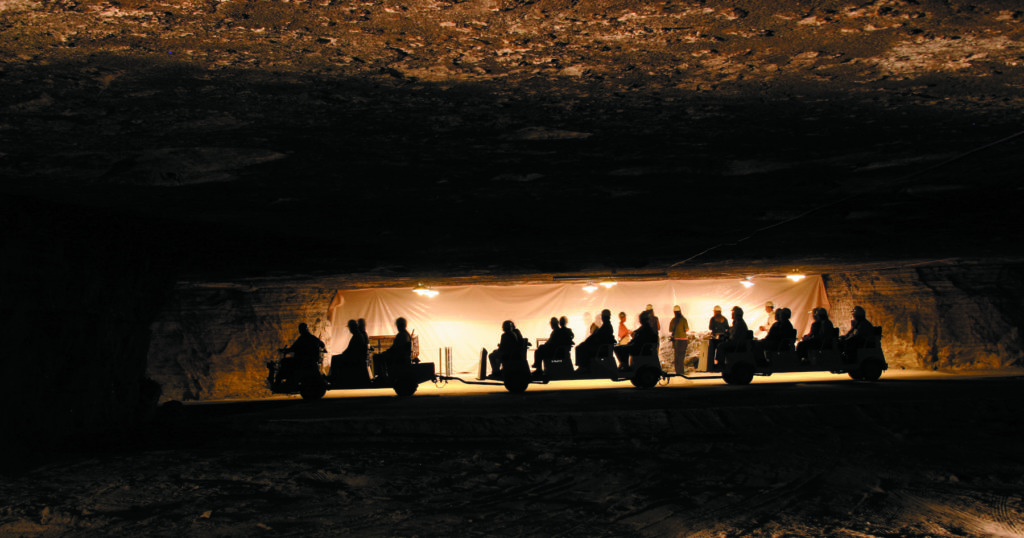 A tram tour, The Dark Ride, takes Kansas Underground Salt Museum visitors through a maze of chambers to see various features of the salt mine environment. 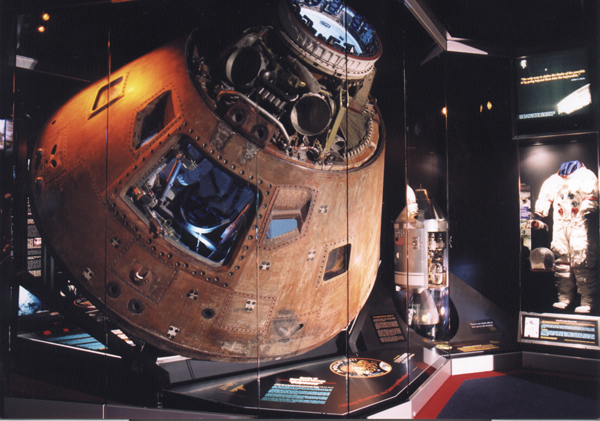 The original Apollo 13 space capsule is featured in a gallery at the Kansas Cosmosphere and Space Center in Hutchinson. 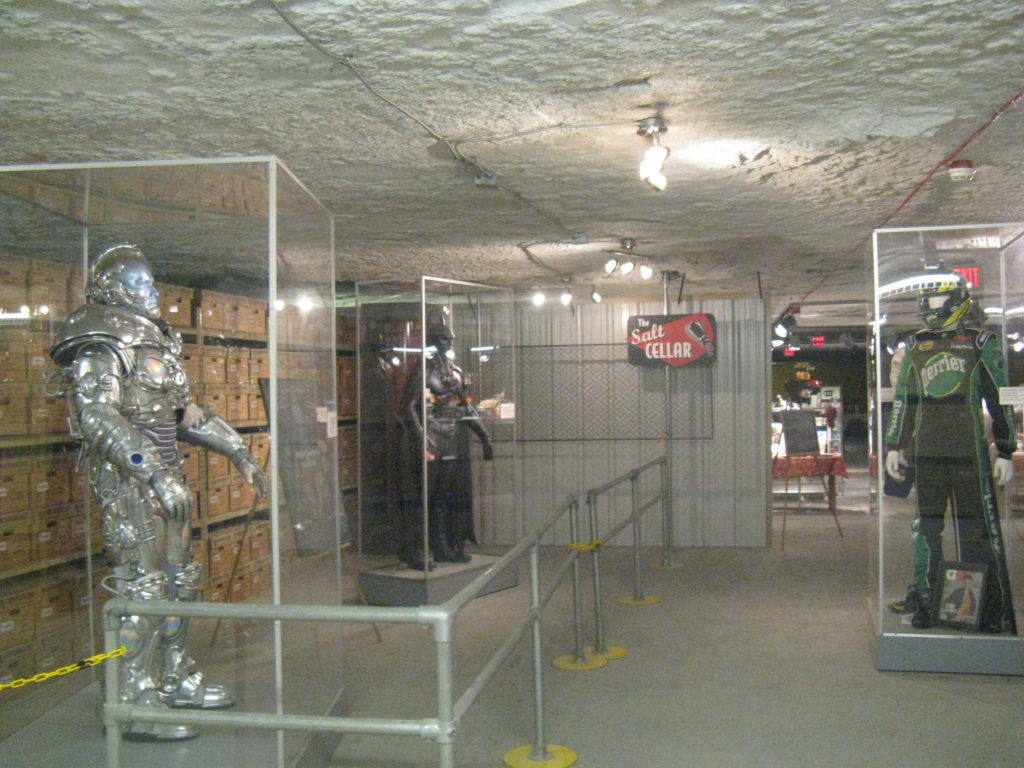 The Kansas Underground Salt Museum contains a gallery that includes original movie artifacts and costumes on loan from Sony and Warner Brothers. 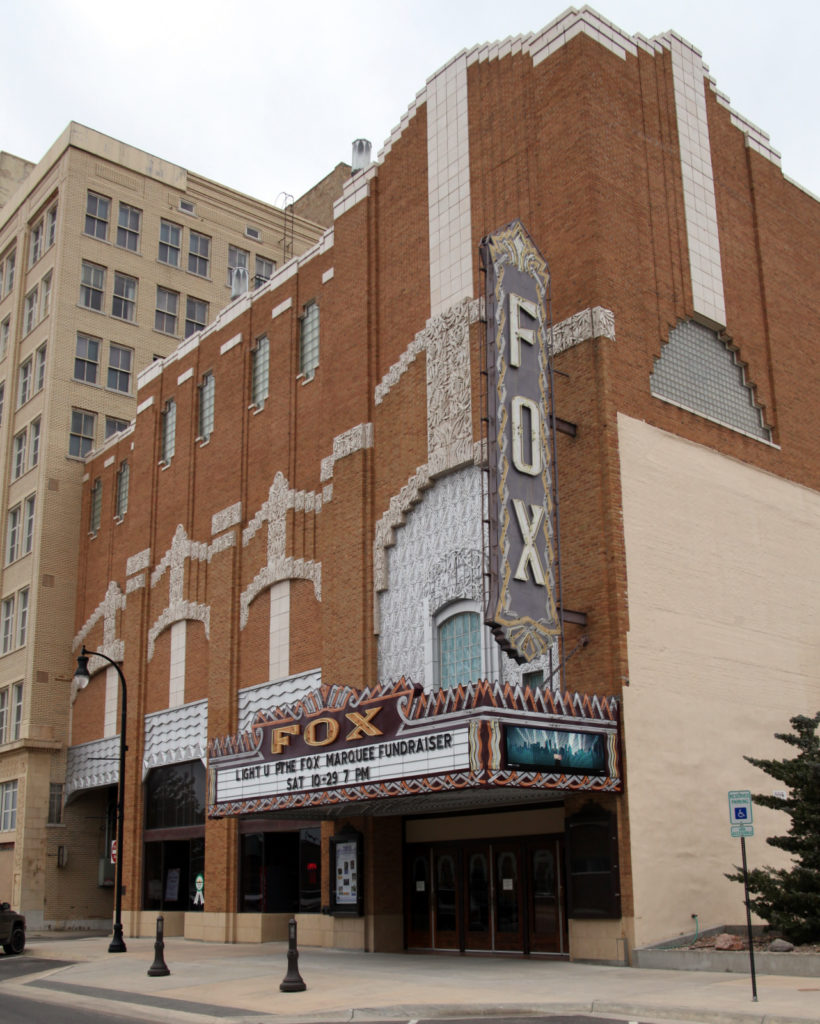 You’re traveling to another dimension, a dimension of time and space. You’ve just crossed over into … Hutchinson.

It may not quite be the Twilight Zone, but for a distinctly otherworldly experience, head to “Hutch,” where you can travel 238,900 miles out in space to the moon or dive 650 feet down into the earth to a salt deposit that was formed 275 million years ago from the vast sea that once covered this Kansas prairie.

Although it’s less than three hours’ driving time away from Lawrence, Hutchinson offers such out-of-this-world experiences that you might as well be on another planet.

The big draw for most visitors to Hutchinson is the Smithsonian-affiliated Kansas Cosmosphere and Space Center, where adults and kids can have a galactically good time while investigating galleries that raise space travel to an art form.

Housing the largest collection of U.S. and Russian space artifacts in the world (including the original Apollo 13 command module and the original Liberty Bell 7 Mercury capsule), the Cosmosphere also hosts award-winning camp programs.

From the moment you enter the lobby, you’re hit with mind-blowing sights, like an SR-71 Blackbird spy plane.

Then you’ll have to decide what to do next. Explore the amazing array of artifacts (including a moon rock) in the Hall of Space Museum? Watch a show in the Carey Digital Dome Theater? Blast off into outer space in Justice Planetarium? Man your own mission to Mars in the Astronaut Experience?

You’ll need all day to see and do it all because there’s a universe of wonders to discover.

Don’t miss the live rocket demonstrations in Dr. Goddard’s Lab, where kids can shoot things off on a daily basis.

Salt rocks! You’ll be chanting the slogan from the T-shirts sold in the Kansas Underground Salt Museum’s gift shop, The Salt Cellar, after touring this unique attraction, a journey into the fascinating world of a working salt mine, with its 175 miles of tunnels.

Your adventure begins in a double-deck elevator that clankety-clanks down (like a miners’ hoist) in pitch-darkness, speeding 650 feet into the earth in just 70 seconds. (If a passenger should happen to freak out, the operator has a light on her helmet that she can flip on.)

A tram tour, The Dark Ride, takes you through a maze of chambers with a stop to mine your own salt. Kids love getting up to their elbows in salt and taking their own salt crystals home. The Salt Mine Express, a miniature train, travels along a half-mile route while you see amazing things that long-ago miners left behind.

The mine is also home to Underground Vaults and Storage, a private company that stores the original film of many movies, including “Gone with the Wind” and “Ben-Hur.” Tour a gallery containing Hollywood props, including Batman and Superman costumes, and even Bugs Bunny cartoon graphics.

After you’ve come back out, blinking into the sunlight, you might want to take a look at where the wild things are — the Hutchinson Zoo. The zoo focuses primarily on North American species that are native to Kansas, so you’ll see bobcats, bald eagles, foxes, bison, raccoons, mule deer and white-tailed deer. The zoo also boasts a large herpetological collection of snakes, turtles, Gila monsters, lizards and other reptiles.

The most popular exhibit is the one containing the cotton-top tamarins (small primates that look like they have a big white Q-tip stuck on top of their heads). They’re a blast to watch and to listen to, with their interesting vocalizations of birdlike whistles and chirps.

Don’t leave Hutchinson without touring — or perhaps taking in a movie or a world-class performance at — the historic Fox Theatre, one of the finest examples of theater Art Deco architecture in the Midwest. Built in 1931, the Fox features its original functioning movie marquee and has been named the “State Movie Palace of Kansas.”

A great home base for you and your junior astronauts might be the brand-new Fairfield Inn and Suites, which offers a complimentary buffet breakfast to fortify you for your day of active sightseeing.

When you get hungry in Hutch, take a tip from the locals and head for the 37-year-old Anchor Inn, with flour tacos that are practically legendary. Don’t forget to try the red beer in a frosty mug.

Your kids can imbibe their fill at Fraese Drug and Soda Fountain (operating since 1939) that serves up old-fashioned ice cream treats (including yummy malts), as well as a full breakfast and lunch menu. Take a nostalgic spin on one of their stools while digging into cream puff pie.

How’s that for a spring break destination to cure cabin fever?