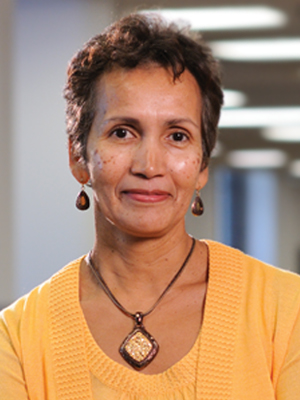 Past coverage of open access issues at Kansas University:

• Scholarly communications librarian Ada Emmett is another KU official who has pushed for open access to research. She is on leave this academic year to take a temporary post at Purdue University.

Taxpayers funded it. Researchers produced it. So why should scholarly work at universities sit behind fences built by publishing companies?

For a decade or so, Kansas University leaders have asked that question about academic research published in scholarly journals. But this year, the issue has made national headlines like never before.

The suicide of a “hacktivist,” a new order from the White House and legislation introduced in Congress have all drawn attention this year to an issue supporters refer to in short as “Open Access.” It’s an area in which KU has led the way among public universities, and now a KU face has stepped into a top leadership role for a group pushing for change in Washington, D.C.

Lorraine Haricombe, KU’s dean of libraries, in February became the chairwoman of the steering committee for a group with representatives from academic libraries from around the world that pushes for better access to scholarly research, the Scholarly Publishing and Academic Resources Commission, or SPARC.

That’s a followup to a meeting in 2011, when Haricombe and other KU faculty and librarians sat around the table in her office on the fifth floor of Watson Library and launched a coalition of North American institutions with policies urging researchers to allow open access to their work.

Academic libraries must spend millions for journal subscriptions so faculty and students can stay up to date on the latest research in their fields. And the general public, who’ve paid for much of the scholarly research that goes on in the United States through federal grants, can’t access the resulting articles without paying hefty subscription fees.

“As taxpayers, they fund it,” Haricombe said. “They should have access to it. They shouldn’t have to pay twice for it.”

Of course, more open access to research is also in the financial interests of academic libraries. The push for open access arose in the 1990s as publishing companies increased subscription prices while library budgets shrunk, Haricombe said.

KU spends about $3.5 million, largely from state funds, on journal subscriptions each year.

Haricombe and Marc Greenberg, a KU professor who has also pushed for open access, both say that KU first became a leader on this issue because of David Shulenburger, who was KU’s provost from 1996 to 2006.

That dean would be Haricombe, who came to KU from Bowling Green State University in Ohio in 2006. She has a Ph.D. — not common among library deans –from the University of Illinois, and she grew up the daughter of a librarian in South Africa before coming to the United States in 1986.

After Shulenburger’s work paved the way and then Haricombe came aboard, KU in 2009 became the nation’s first public university to adopt an open-access policy, joining a handful of private heavyweights such as Harvard, Stanford and the Massachusetts Institute of Technology.

The policy urges faculty to publish their research work for anyone to see through the ScholarWorks system. In order not to do so — for instance, if a faculty member has an eye on a particular prestigious journal that doesn’t allow for open-access publication — faculty must opt out, rather than opting in.

Haricombe said the policy required a good deal of “foot-soldiering across campus” by her and other open-access advocates to talk with faculty about the importance of the issue.

“Our main goal is to get the information into citizens’ hands as soon as possible,” Haricombe said, and for free.

That goal is closer, and the issue is gaining public attention, after the events of the past two months.

Perhaps the biggest reason for that is a tragedy. Aaron Swartz, an Internet pioneer and activist, committed suicide in January. He was a co-founder of the social site Reddit and helped develop the feed service RSS, but he also was an advocate for open access — a “militant” one, Greenberg says. At the time of his death, he was being prosecuted by the federal government for allegedly breaking into MIT’s computer network and downloading millions of research articles from an online archive.

Academics posted open-access versions of their research on Twitter afterward in tribute to Swartz, including John Hoopes, an associate professor of anthropology at KU. “RIP Aaron Swartz,” Hoopes wrote. “Information wants to be free.”

The Obama administration, however, had already been working on a possible open-access policy for about two years by that point, Haricombe said, consulting with SPARC and other organizations on what kind of policy might help.

On Feb. 22, the White House made an announcement: Under a new directive, any federal agency that spends more than $100 million each year on research must ensure public access to journal articles resulting from that research within one year of their original publication. It even requires researchers to publish the raw data behind the articles, for others to examine and work with. The National Institutes of Health already has a similar policy for research it funds.

And earlier in February, a bill was introduced in the U.S. House and Senate that would require open access to such research even sooner: within six months of publication. Called the Fair Access to Science and Technology Research Act, it has the appropriate acronym “FASTR.”

Rep. Kevin Yoder, R-Kan., was a sponsor of the House bill, along with two Democrats. The Senate bill also has bipartisan support.

Haricombe said that one problem is “predatory” publishers that charge huge sums of money for subscriptions and also charge researchers — for whom publishing journal articles is crucial for advancing their careers — as much as $3,000 apiece to make their articles openly accessible.

More than 30 KU faculty members, including Provost Jeff Vitter and Dean of Liberal Arts and Sciences Danny Anderson, have signed an online boycott petition against the major journal publisher Elsevier that alleges exorbitant subscription prices and other practices that discourage free access to research. Not only will they refuse to publish their work in an Elsevier journal, most of those faculty say, but they won’t take part in the peer-review process at the heart of scholarly publishing, either.

KU will spend more than $1 million on subscriptions to journals by Elsevier this year, Haricombe said.

“You’ve taken an intellectual commodity from a campus, and the vendors have made it a commercial commodity,” Haricombe said.

The Association of American Publishers, a national trade group, has announced it opposes the FASTR bill but supports the White House order, saying it provides federal research agencies more flexibility.

Andi Sporkin, a spokeswoman for the AAP, noted that many open-access scholarly journals, which allow for free or cheap access to articles, do exist. She said it’s important to remember that though much research is funded by the federal government, the publishing of that research requires other work: vetting, peer review, distribution.

“All that work is not funded by the government,” Sporkin said. “That’s all private-sector industry.” She said the AAP group views the White House policy as a good compromise, but says the FASTR bill as too extreme.

In her new chairwoman position, Haricombe will help set the agenda for the SPARC, which has staff in Washington, D.C., who lobby for open-access policy. She does so at a time when, she and Greenberg say, the issue has rarely been as visible.

A commentary this week in the Chronicle of Higher Education argued that the Coalition of Open Access Policy Institutions — the group that Haricombe and others at KU helped to found in 2011 — could be as much of a “revolutionary, democratizing force” in higher education as the massive open online courses, or MOOCs, that have drawn much attention in the past year.

“All of a sudden, we’ve been catapulted onto the national stage,” Haricombe said.

That may be new, but as Haricombe and others at KU know, the work’s been going on for years.